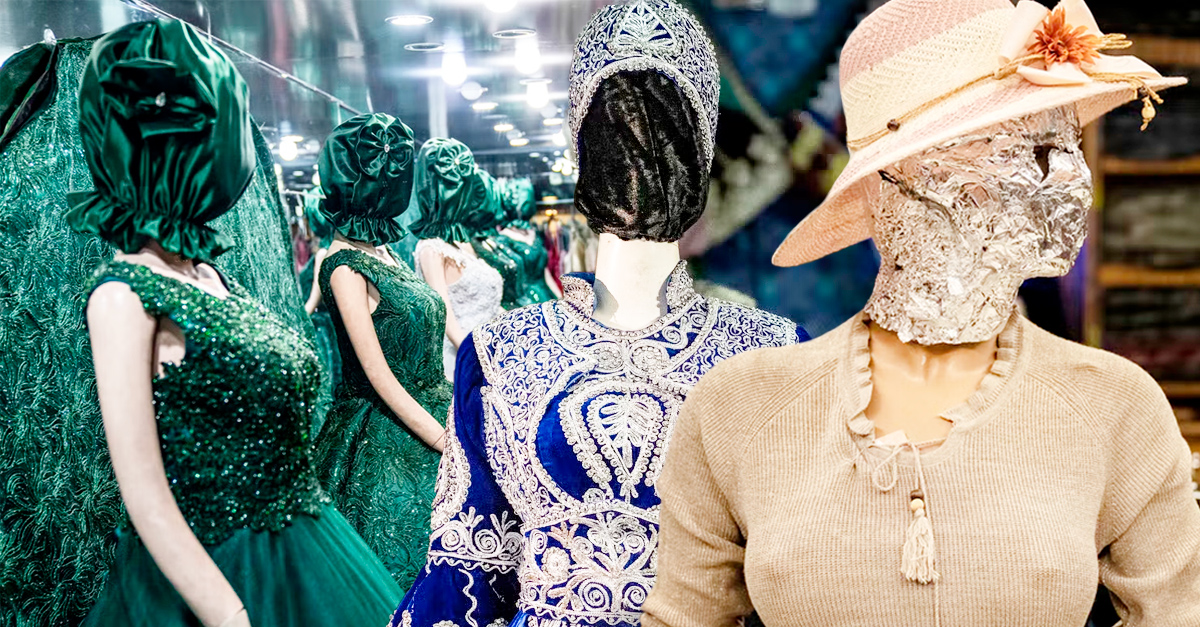 Since the Taliban entered Kabul, Afghanistan on August 15, 2021, the lives and rights of women continue to be violated in unbelievable ways. The latest act of abuse borders on the ridiculous, as the Taliban government ordered its merchants to decapitate the female mannequins in their shop windows.

However, the sellers managed to turn the situation into an act of protest, as they argued that depriving the dolls of their faces would affect their sales, so they got permission to cover only their faces.

Merchants decorate their mannequins in order not to decapitate them

The Taliban government justified the order by arguing a rigorous and inflexible interpretation of Islamic law, which prohibits statues and images in human form, as they could be worshiped as idols. Also, this ties in with the government’s campaign to banish women from public view.

For this reason, the inert models prostrate themselves on the streets of Kabul with all kinds of artifacts on their heads, from plastic and aluminum bags to the most beautiful fabrics that match the colors of the dresses they wear elegantly, which are decorated with some crown or artifact that makes them recover some identity.

The similarity of Afghan women with inert dolls

The haunting image of the covered mannequins leaves us wondering how uncomfortable the female figure is for the regime. Their ideology based on hatred towards women has reached a disgusting degree, since it was not enough for them to forbid them a university education, but now they are also afraid of a dead figure who does not have the voice to contradict them.

Each act of repression reminds us of when the Taliban government took power and assured that it would not impose such strict rules as in its first government. However, today, Afghan women have the same rights as a mannequin covered in a plastic bag.

Celebrities who, although it may not seem like it, will turn 50 this 2023

Without underwear, Belinda shows off her figure wearing a black dress with many openings

Skechers has discounted UGG-type boots that will keep our feet warm this winter (and they are extremely comfortable).

The 10 most dangerous animals in the sea

Sylvester Stallone and his wife reconciled, no divorce