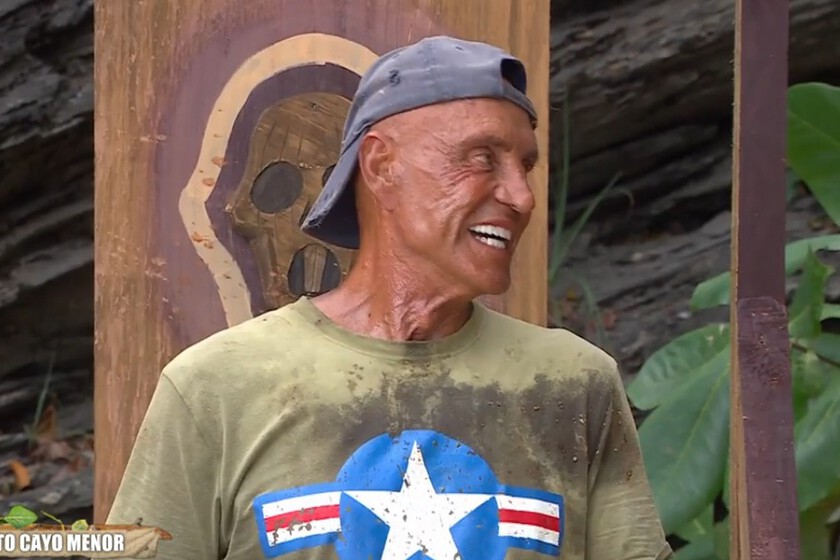 ‘Survivors’ continues with its salvation ceremonies on Tuesdays, that moment in which one of last week’s nominees can get rid of being among the candidates for the island’s new parasite. Also, the program included a novelty and changed the test of the ceremony.

Watch out for the mud

‘Survivors’ retrieved the salvation ceremony a few weeks ago and, until now, the thing consisted of placing the nominees on a wooden platform in the sea, while Lara Álvarez was cutting the rope that held them as she announced who was still in the nominations. The last to fall into the sea was the one who had managed to escape from danger.

Ignacio, Kiko, Mariana and Nacho are ready for the salvation ceremony

Well, for this week they have decided to add a bit of goo to the matter: nothing more and nothing less than mud showers. Thus, this week’s nominees (Ignacio, Kiko, Mariana and Nacho) had to sit under some buckets full of mud that were overturning as the presenter communicated who was still nominated.

“I would like to know what is the record for nominations of the contest because, if I’m not going to beat it, I’m closeKiko declared. “I don’t lose faith or hope because I want to stay” said Mariana. “If it is what it has to be, it will be” assumed Nacho. “I expected it a bit, with this titan by my side” commented Ignacio, referring to Kiko.

Exact, the saved contestant was Kiko (although in the end they threw the mud on him anyway), who continues his streak of getting rid of nominations. The contestant celebrated with her usual euphoria and dedicated a few words to Marta López, her girlfriend: “Marta, I adore you. Before the next electric chair, let’s see if they let me marry her.”

This is what the contestants of ‘Survivors’ have been doing lately