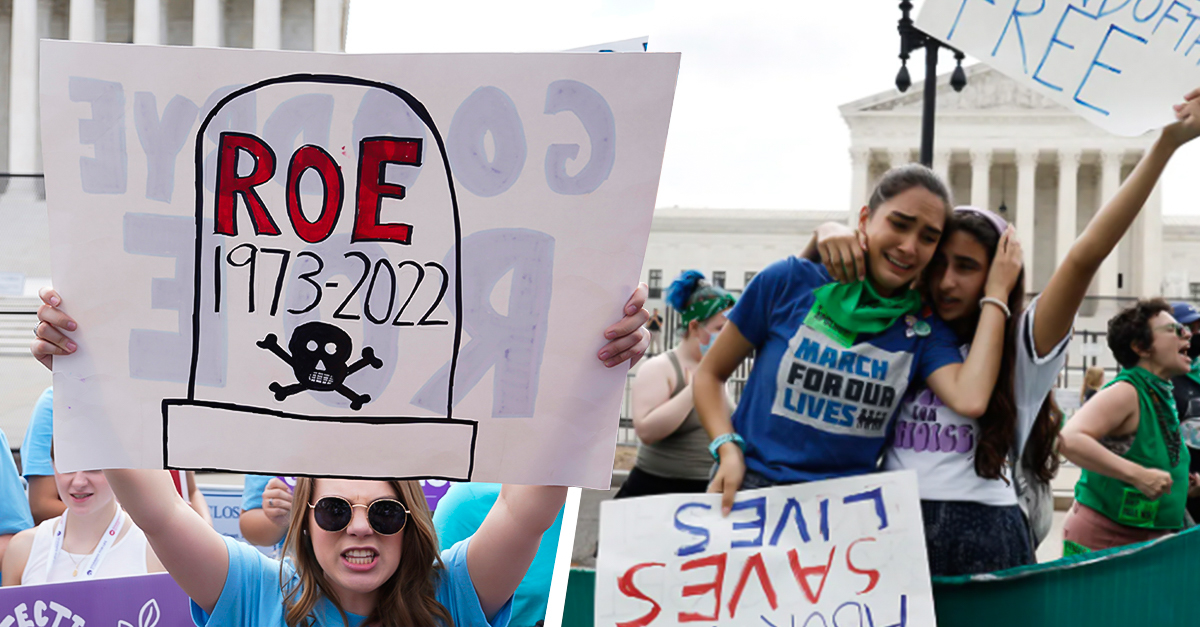 On June 24, the United States Supreme Court struck down the country’s constitutional protections for abortion that had stood for nearly half a century.

With six votes in favor and three against, the Court reversed the landmark Roe v. Wade in 1973, which legalized abortion in the country. Overturning the precedent is expected to lead to abortion bans in about half of the nation’s states.

As it had been leaked through the publication of a draft approved by five of the six magistrates that make up the conservative majority, the Supreme Court chose to annul the sentence with which the body itself guaranteed the right to abortion 49 years ago.

The Court’s decision is in disagreement with the majority of American society, which was in favor of preserving Roe v. Wade and that abortion is legal in all or most circumstances.

According to statistics analyzed by The Associated Press, The decision is expected to disproportionately affect minority women who already face limited access to health care.

Outside the Supreme Court, a crowd of mostly young women grew into the hundreds within hours of the decision. Some shouted, “The Supreme Court is illegitimate,” while waves of others, dressed in red shirts with “The Votes of the Pro-Life Generation,” cheered, danced, and threw their arms in the air.

President Joe Biden reacted to the repeal of the landmark Roe vs. Wades on Twitter:

Today is a very solemn moment for the United States.

The Supreme Court expressly took away a Constitutional right from the American people that it had already recognized. They simply took it away. That’s never been done to a right that is so important to so many Americans.

Today is a very solemn moment for the United States. The Supreme Court expressly took away from the American people a constitutional right that they had already recognized. They just took it away. That has never been done with a right that is so important to so many Americans.

The Biden administration and other abortion rights advocates had warned that the decision to overturn Roe v. Wade would also threaten other Supreme Court decisions in favor of gay rights and potentially even contraception.

However, following the Court’s decision, from now on, and for the foreseeable future, the regulation of pregnancy termination becomes a matter of state in a country more or less divided along party lines.

The United States about to declare war on China in Taiwan

AMLO assures that the United States will increase work visas

She-Hulk is a disaster according to a leak

The end of the anime is about to hit Netflix… and the sequel manga is finally coming off hiatus!