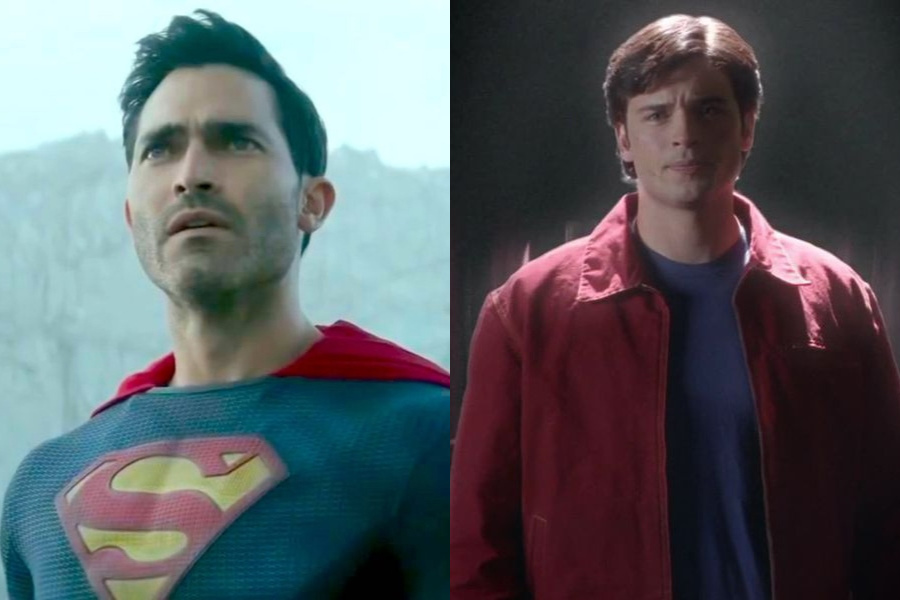 The second season of Superman and Lois reversed a trick that Clark Kent himself used many times in the Smallville series.

The second season of Superman and Lois continues to explore the difficult mission of the Kent-Lane family to keep secret the powers of Clark Kent and his son Jordan, who had to invest a resource that Clark himself used, but in the Smallville series .

Do not miss: Meet Bizarro, the great threat? on the horizon of Superman & Lois

In episode 14 of the second season, inhabitants of the bizarre world continue to be incorporated into the normal world, and the versions of Lana and Jonathan come to face Jordan and Superman, which leads Superman’s son to reveal his powers to Sarah, the daughter of Lana Lang from Normal World.

Throughout Superman’s existence in the Arrowverse, only a small number of people are aware of both Superman’s split personality and the manifestation of Jordan’s powers.

Sam Lane and recently Lana Lang are the characters outside the Kent Lane circle who know Superman’s secret, and now Sarah discovers Jordan’s secret, something Jordan himself has avoided since the Kent family returned to Smallville.

From Smallville to the Arrowverse

Speaking of Smallville, but of the series that aired between 2001 and 2011, Clark was about to reveal his powers to the world on several occasions, something that his own parents avoided for many years.

Even Clark himself in Smallville conveniently lost his powers to prevent someone like Lana, Chloe or Lex Luthor from discovering the suspicions regarding the man who years later will become Superman.

In the case of Superman and Lois, Jordan needed to show his powers in front of Sarah to save her, a situation that the Arrowverse itself could bring forward, for a third season, and its consequences.

Superman and Lois is broadcast on The CW in the United States. In Mexico and Latin America, the episodes of the two seasons are on the HBO Max platform.

Do not miss: Meet Bizarro, the great threat? on the horizon of Superman & Lois

Superman’s debut in a collector’s volume

Action Comics #1 brought Superman into the world, sparking the idea of ​​the superhero in many ways, and creating the comic book industry as we know it.

Join us in celebrating the incredible story
80 years of Action Comics. Featuring the first appearances of Superman, Supergirl, Brainiac, Humantarget, Zatara, The Fortress of Solitude and more.

The makeup trick for September weddings that does not fail

Six Women’Secret pajama styles that are an investment