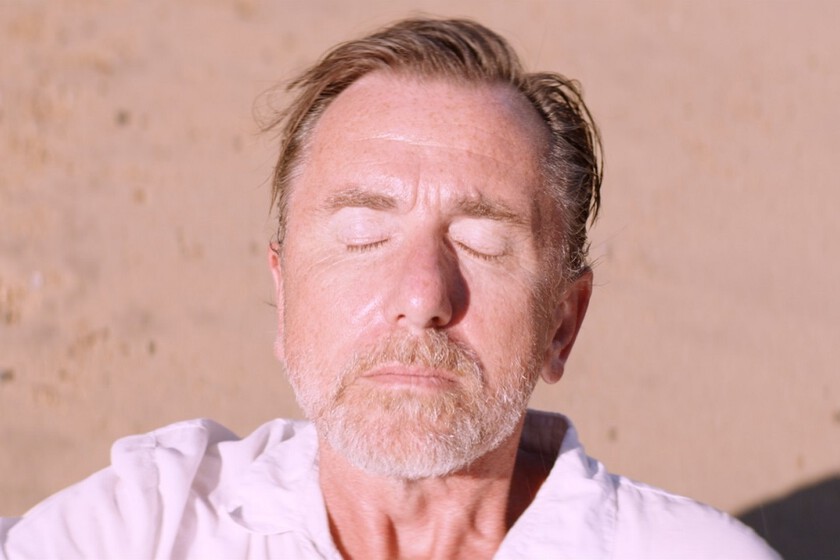 how many times have you thought “I leave everything and set up a beach bar”? This is what happens to Neil, the protagonist of ‘Sundown’, a man from a rich family who is plagued by the shadow of an uncertain future. So, faced with the death of his mother on vacation, he decides to leave his family to live in Acapulco, have sex with a girl he just met and live life between beaches, beers, hotels and shots in the back.

Behind the cameras is Michel Franco, after the unexpected success of ‘New Order’, who continues to be generous when it comes to filming, showing absolutely captivating landscapes and distancing himself from the characters to avoid judging them. Franco tries to be an objective narrator but allows himself a couple of filigree tracking shots as elegant as they are full of nerve which show that he makes this type of leisurely cinema because he wants to, and not because he is incapable of making other types of films.

Talking about “paused cinema” is saying something: although it seems that nothing happens and that everything happens in slow motion, in each scene of ‘Sundown’ we delve deeper into Neil’s psyche, a seemingly nondescript character whose only ambition in life is to try unsuccessfully to enjoy his stay in paradise. Even at the moment when paradise turns to hellNeil is still stubborn in his idea of ​​enjoying, in his own way, the beaches of Mexico, even if it is at the expense of everyone around him.

Tim Roth has a complex role in this film: although everything points to overacting and acting brilliance, must maintain a deep indifference before everything that surrounds him beyond his love on the island, Berenice. The joys and misfortunes follow each other before her eyes without leaving him a simple grimace. He doesn’t want money, he doesn’t want family, he doesn’t want to leave Acapulco: This is your own Shangri-La. A Shangri-La that exchanges eternal life for death surrounding paradise.

When the heat comes the boys fall in love

At one point in Neil’s particular search for Nirvana, a man appears in a boat, shoots a street vendor and leaves: Michel Franco warns us about Mexico as a land full of pleasures, living nature and beaches, but also of blood, rivalries and crime. Of course: at no time our protagonist is affected by what happens around him or is he traumatized. His only reaction to the cold-blooded murder in front of his eyes is to go to dinner with Berenice and make love as if nothing had happened.

Of course, the almost terrifying coldness of our protagonist has a reason, which is revealed perhaps too late in the film, especially considering that the most experienced viewer will discover it before. As a surprise it doesn’t work, and as a twist it doesn’t work either: Neil’s attitude, between irresponsibility and the absolute lack of empathy, it is still a mask that is put on an absolutely empty character, with a personality that can easily drive the viewer crazy. It is missing, yes, a fiercer criticism of the system by Michel Franco, than water to highlight

‘Sundown’ is a drama about someone who seems both fed up with life and eager to scratch until the last minute, a dichotomy between fascinating and tiresome that leads to one main question: Why is he behaving like this? The public cannot avoid judging him (unlike the film) for not behaving under the dictates of society, but at the same time his behavior is consistent with itself throughout the footage. Neil is a simple man in a complex moment, a millionaire who doesn’t want money, a brother who wants to emancipate himself, a lover who embraces sex to feel something. Whatever. Because if you keep feeling things, you’re still alive.

‘Sundown’ focuses on the irritating and confusing personality of Neil, a London millionaire on vacation in Acapulco who decides to ignore his family obligations and stay there to live every day. between absolute indifference and passion for his new love. Michel Franco rolls at a slow but sure pace until reaching an end in which the turn does not go well at all. And it is that, once you have left everything and you have set up a beach bar, comes the question that you were really trying to avoid: And now that?