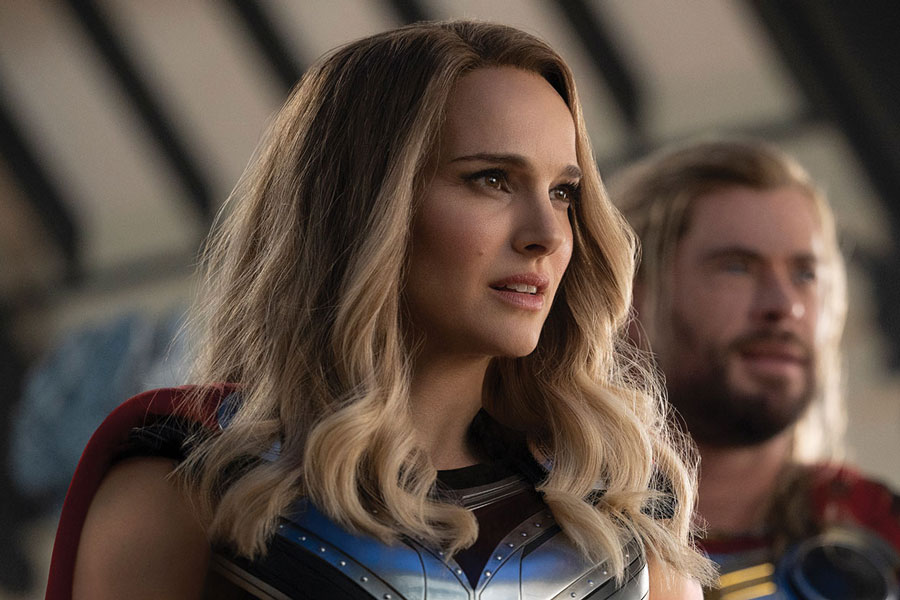 A new look at Natalie Portman in Thor: Love and Thunder with this photo of the Gods of Thunder: Odinson and the deadly Jane Foster.

If you thought that Thor: Love and Thunder would let you rest after its spectacular trailer, you were very wrong, because thanks to Total Film we have a new photo with the central characters. These are Natalie Portman and Chris Hemsworth, who in addition to this image, share the armor and power of the God of Thunder.

Do not stop reading: Be surprised with the new trailer for Thor: Love and Thunder!

The aforementioned specialized media, in addition to this new image, also shares part of the interview they did with director Taika Waititi for its new edition. In it, when the filmmaker is asked if the film sticks to Jason Aaron’s comics, the run known as The Mighty Thor, Waititi replied: “We stick pretty close to the story of Jane, and what happened to Jane… because that was a big influence on the movie. We tried to take the best parts of it.”

And he continues: “It’s also very funny the idea that Thor [tiene] to the Stormbreaker, that big axe, and now his hammer is back and it’s in someone else’s hands. It is no longer his hammer. It is the idea that someone else is taking your place. I think a lot of fans are going to potentially assume, ‘Oh, OK, this is the passing of the torch’… I’m not aware of what plans Marvel has for the future, but I don’t think that’s the case.”

Without further ado, take a look at this new photo from Thor: Love and Thunder:

“We stick pretty closely to Jane’s storyline [in The Mighty Thor comics]and what happened to Jane… because that was such an influence on the film,” says @TaikaWaititi. “We’re trying to take the best parts of that” pic.twitter.com/9dCm68zgsv

Thor: Love and Thunder will be released on July 8.

The arrival of Gorr to the Marvel Universe is waiting for you in our online store with: