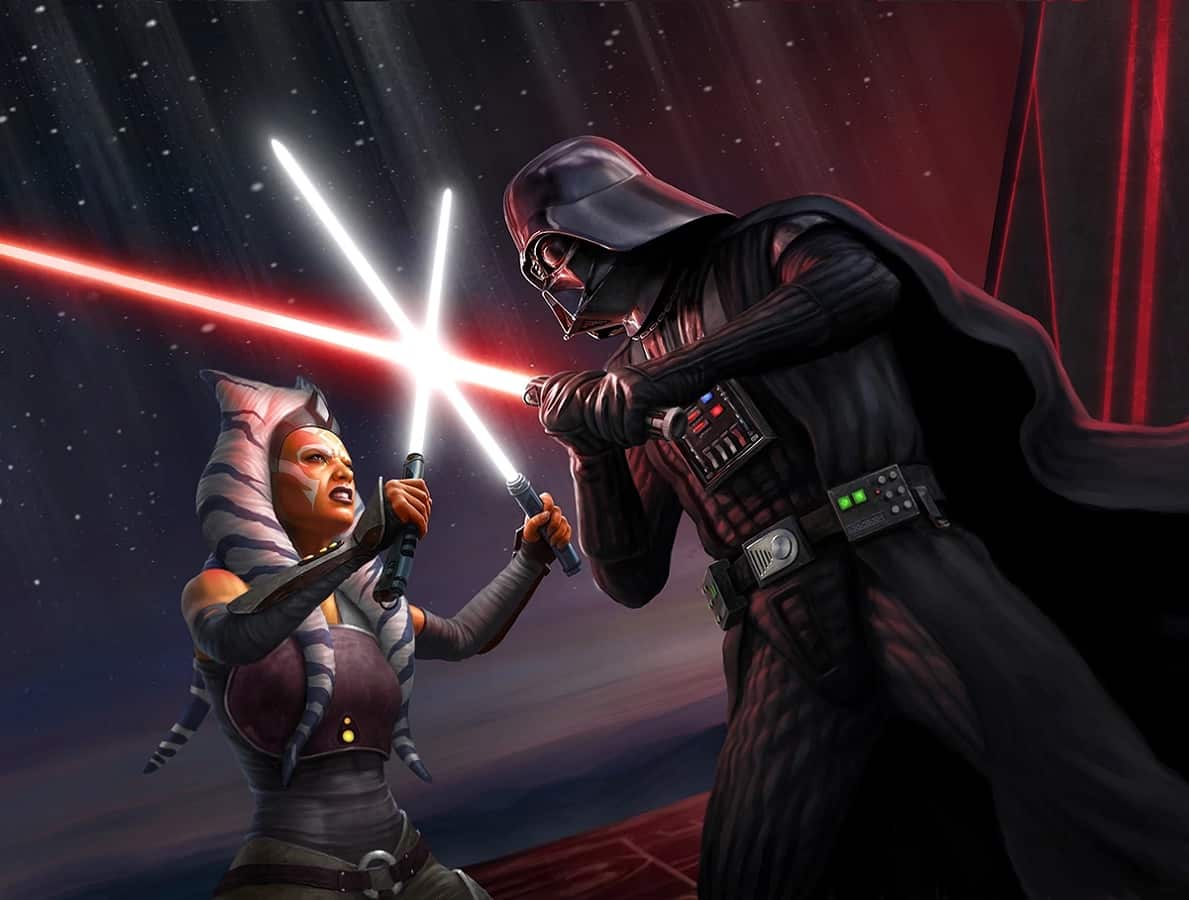 The battle between Darth Vader and Ahsoka Tano will turn into live action in the upcoming Star Wars television series premiering on Disney+.

As reported by the Making Star Wars website, the character of Darth Vader will appear in the series Ahsoka. This will be the new series starwars on the platform Disney+. It is said that the sith lord will appear in at least one “significant scene.” Rumors claim that the appearance of Anakin Skywalker it will involve fights and action scenes. This will force the presence of Tom O’Connell on the shoot. This stunt double already played the villain in the action sequences of Obi-Wan Kenobi. It is not expected to appear again Hayden Christensen for the filming.

The presence of Darth Vader in the series of Ahsoka makes a lot of sense. It’s an absolutely natural inclusion, given the Star Wars canon. While it’s not entirely clear or confirmed what the Sith Lord will be doing in the Disney+ show, there’s quite a bit of room for speculation. After all, we are talking about a rumor that would repeat in “live action” the animated battle that took place in Rebels. More specifically, the spectacular and unforgettable sequence in the Sith Temple of Malachor.

The flashback that could trigger it all

It is clear that much of the plot of Ahsoka will focus on the joint quest between the Togruta and Sabine Wren to find your friend Ezra Bridger. One of the most memorable and important sequences in the history of the ancient Jedi took place in the animated series of Star Wars Rebels. As we say, she and Darth Vader fought to the death in the Sith Temple of Malachor. And then Ezra rescued the togruta from the claws of the abyss thanks to the “World Between Worlds”. It is very possible that this battle could be recreated as a flashback in the Disney + television series. Especially since many fans of the galactic saga, unfortunately, do not watch the animated series.

Moon Knight almost included cameos from several of the Eternals