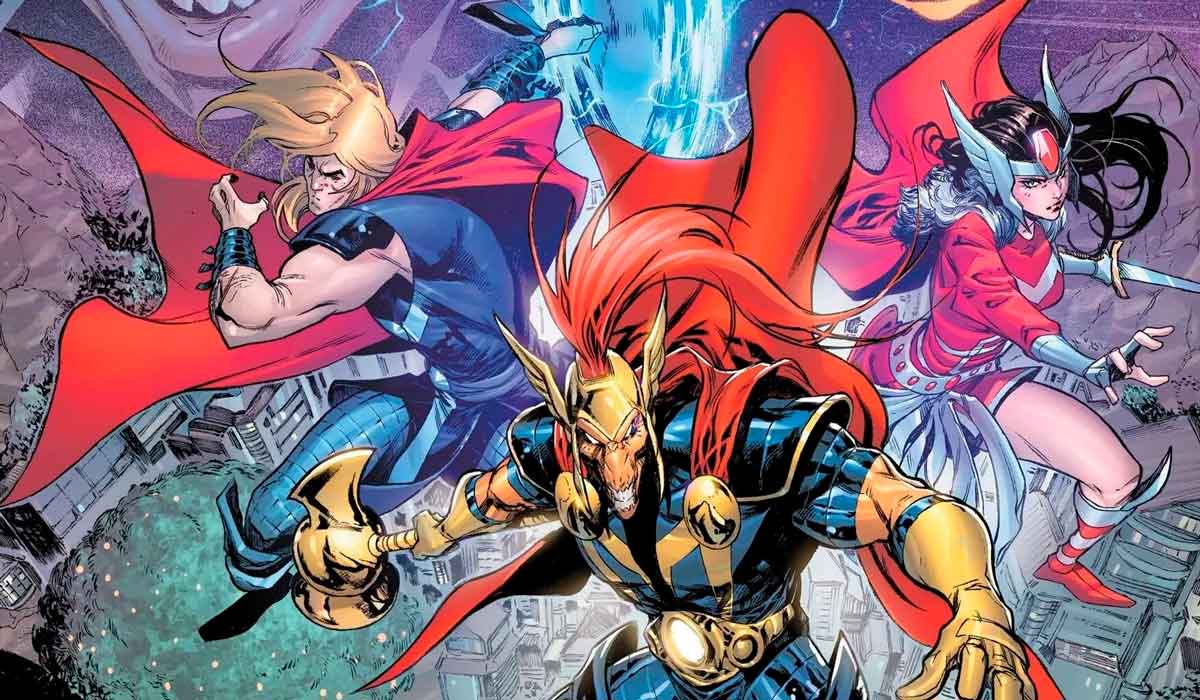 One of the stars of Thor, actress Jaimie Alexander wants to star in a series with her character teaming up with none other than Beta Ray Bill.

Jaimie Alexander wants to take advantage of the fact that her character is more alive than ever and has requested through her social networks a television series focused on Lady Sif teaming up with Beta Ray Bill.

Lady Sif first appeared in Marvel comics in the 1960s. Sif was most commonly associated with Thor in the comics, but she also appeared alone as one of Asgard’s fiercest warriors. Sif became an enduring Marvel character who appeared outside of the comics in television series, movies, and video games. In 2011, the character made her first appearance in the MCU in Thor, portrayed by Jaimie Alexander.

Since Thor, the actress has played the character in Thor: The Dark World, Agents of SHIELD and made a cameo in the first season of Loki of Disney+, where Loki met Sif in a memory loop. Alexander also voiced Sif in two episodes of the animated series What if…? and is expected to return as Sif in the next Thor: Love and Thunderwhich will be released on July 8, since the actress could be seen at the premiere of the new movie starring the god of thunder.

Now Jaimie Alexander has taken to social media to suggest an idea for a possible Thor spin-off series. In a post on Instagram, the actress asked if she would like to see fans of the Asgardian warrior in her own series and she shared that she would love to see Sif and Beta Ray Bill together. Alexander posted multiple photos of Sif and Beta Ray Bill from various comics, art, and cartoons and even tagged Bill’s creator, Walter Simonson, in the post.

Suggestion or preview of what is to come?

Alexander’s suggestion could be the perfect premise for a Lady Sif series. Though not as well known as Thor, Beta Ray Bill is one of the few worthy to wield Mjolnir and was often a loyal ally of the Asgardians. In the comics, Korbinite and Sif became close while battling Surtur’s demons which Alexander referenced in his post tags. While Surtur died after destroying Asgard in Thor: Ragnarök in the MCU, Beta Ray Bill and Sif could still fight together in other types of adventures.

Alexander’s idea may be perfect, but there has been no confirmation of a Sif series from Marvel Studios. While some fans in the comments may wonder if Alexander’s post is a teaser for something to come, the actress likely won’t be allowed to share that kind of information being in development, albeit with the MCU expanding. , is not an idea that should be dismissed entirely.

Doctor Strange in the multiverse of madness, bursts the box office

Bad Bunny recreates memes in video of the song ‘Neverita’