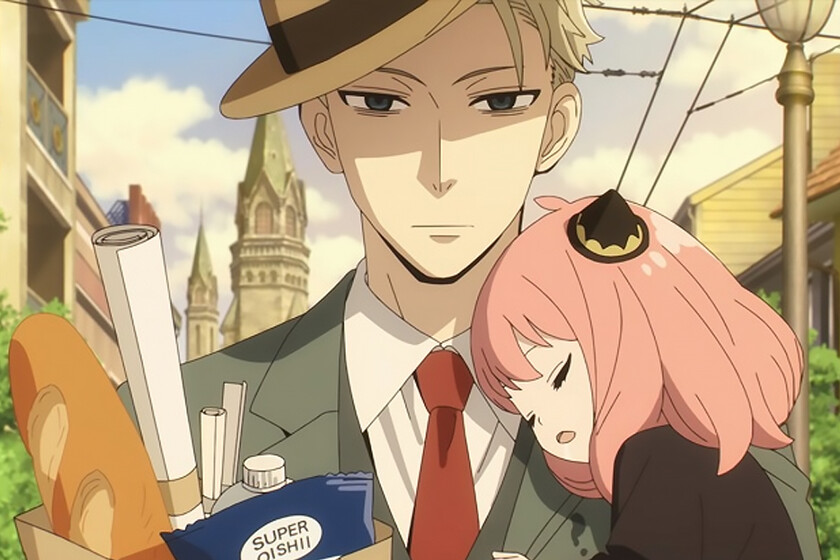 It only has 4 episodes aired on Crunchyroll but ‘Spy x Family’ is undoubtedly the big premiere this spring and has already become one of the highest rated anime series in history. Since it was announced that the manga of Tatsuya Endo would have its own anime adaptation, the ‘Spy x Family’ series was one of the most anticipated and one of those that had fans biting their nails, and so far it has not disappointed one iota.

Everyone in this family has a secret.

‘Spy x Family’ begins with a new mission for Twilight, the best agent of the Republic of Westalis. The spy must get close to a rather elusive target, and the only way to make him assume the identity of Loid Forger, a respectable family man. For his plan to succeed, he needs to get a prestigious school to accept the little Anyaa girl whom he adopts.

When Loid meets the lonely Yor Briar, it seems that he has found the perfect mother for Anya and a covert wife who finishes perfecting his false identity. Nevertheless, the family is not normal at all and Loid is not the only one with a secret: Yor is actually a deadly professional assassin who is also using the family to go unnoticed… And little Anya is a telepath and the only one who knows everything.

Already the approach of ‘Spy x Family’ is very creative and the perfect base for all kinds of messes and misunderstandings, and the anime is delivering what it promises.

‘Spy x Family’ harnesses the best of classic spy movies, taking all the juice possible out of the tensions between two neighboring countries, which have a whiff of the two Germanies and the conflict on both sides of the Iron Curtain that is not even painted on stage.

Costumes, suitcases with telephones, gadgets of all kinds… ‘Spy x Family’ rescues many of the characteristics and archetypes of the classic Bond movies to finish getting us into the Cold War of this anime, where espionage between nations is at the order of the day and the political tensions grow more and more.

Slice of life and vintage spies

Of course, although ‘Spy x Family’ has its doses of action (often in the most unexpected way), balances it perfectly with the quieter, more intimate moments of the Forger family. Despite their secrets and the wacky situation they’ve gotten themselves into, Loid, Yor and Anya fit together perfectly, not only to maintain their alibis but also as a family.

In the midst of flying kicks and espionage games, ‘Spy x Family’ is also a charming family comedy about a family trying their best and where all of its members care a lot about each other. We have only had a few chapters but little by little we are already seeing how the characters are changing with their new family, especially Loid, whose facade of a heartless and heartless spy is making water at times.

The gags and comedy punches are also very well measured. And although on many occasions they come precisely because of this contrast between secret identities and family life, they are not repetitive at all and you can always sharpen them even more. The animation style and how expressive the characters are also helps a lot, especially Anya.

And yes, we must also talk about the animation, which although it remains quite calm in general terms, shines where it should and leaves us Spectacular action scenes and choreographies.

But beyond a very cool animation and a hook concept, the pearl of ‘Spy x Family’ are its protagonists. The Forgers have tremendous chemistry and at this point I just want things to work out for them and watch 800 episodes of them doing their tax return, shopping, or whatever other super mundane thing. And it’s that you come to ‘Spy x Family’ and you get pissed off by the spies, but you stay for the family.

the long-awaited anime can be seen in simulcast through Crunchyroll