Spider-Woman will be pregnant in Spider-Man: Across the Spider-Verse 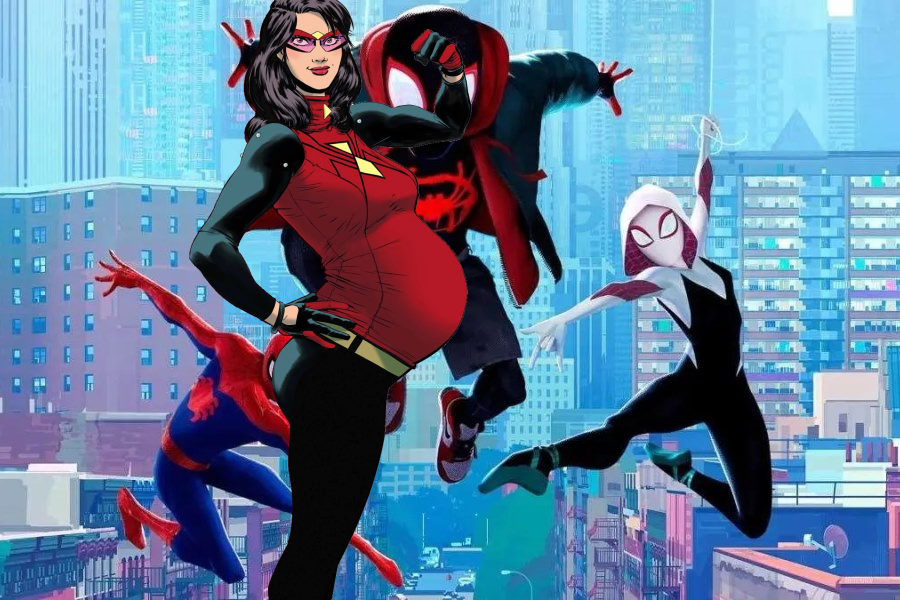 Jessica Drew will be part of the new animated film Spider-Man: into the Spider-Verse, where the bearer of the Spider-Woman mantle will be pregnant

In recent days, the production of Spider-Man: Across the Spider-Verse shared some details of the animated production that will take place in six universes and that will feature more than 200 characters (crazy!) including Jessica Drew, better known as Spider-Woman, who will be pregnant.

Do not miss: Spider-Man: Across the Spider-Verse introduces one of his villains, The Spot

In the panel that the production team of Spider-Man: Across the Spider-Verse led at the Annecy Festival, various details of the animated film that will arrive in 2023 were revealed, including a clip seen by those attending the event.

In that Across the #SpiderVerse clip we saw: An anachronistic version of The Vulture (voiced by @jormataccone), our old friend Spider-Man 2099 (voiced by Oscar Isaac), and the incomparable (and pregnant!) Jessica Drew aka Spider-Woman (voiced by @issarae). #AnnecyFestival

As the official Spider-Man: Into the Spider-Verse twitter account mentions, in one of the scenes he appears on a motorcycle “the incomparable (and pregnant!) Jessica Drew aka Spider-Woman (voiced by Issa Rae)”.

Issa Rae will be the voice of Spider-woman!

Spider-woman will have Afro hair and a very 70’s look. pic.twitter.com/cKyVEAYqVI

The changes in relation to Jessica Drew

Some of the assistants assure that this Spider-Woman look will have an Afro hairstyle, very much in the style of the 70s.

Issa Rae, the actress who will lend her voice to Spider-Woman is known for starring in the series Insecure on HBO.

This modification to the appearance of Spider-Woman is due to the fact that this variant of Spider Woman is from Earth-404, where the bearer of the spider mantle will be an African-American woman, who is expecting her first child.

In the comics, Jessica Drew became pregnant in 2015, within the sixth volume of Spider-Woman. Drew got pregnant through artificial insemination.

This tape will follow the adventures of Miles Morales. Who will rejoin Peter Parker, Gwen Stacy, and more men and women upholding the mantle of Spider-Man. A new threat would cause the Multiverse to collapse.

Spider-Man: Into the Spider-Verse in SMASH and Marvel Comics Mexico

Marvel Comics Mexico presents an exclusive compilation of the origin and one of the greatest moments in the life of Miles Morales: when he meets Peter Parker, the Spider-Man that we all admire and love!

Accompany them on an adventure in which they will have to defeat Mysterio and save the realities of both.

‘The immortal’, a serial Boris Johnson, the last fiasco of the Spider-Man franchise and more

Baby on the way! Blake Lively is pregnant with her fourth child

The amazing images of Jupiter captured by the James Webb