Spider-Man: Across the Spider-Verse introduces one of its villains, The Spot 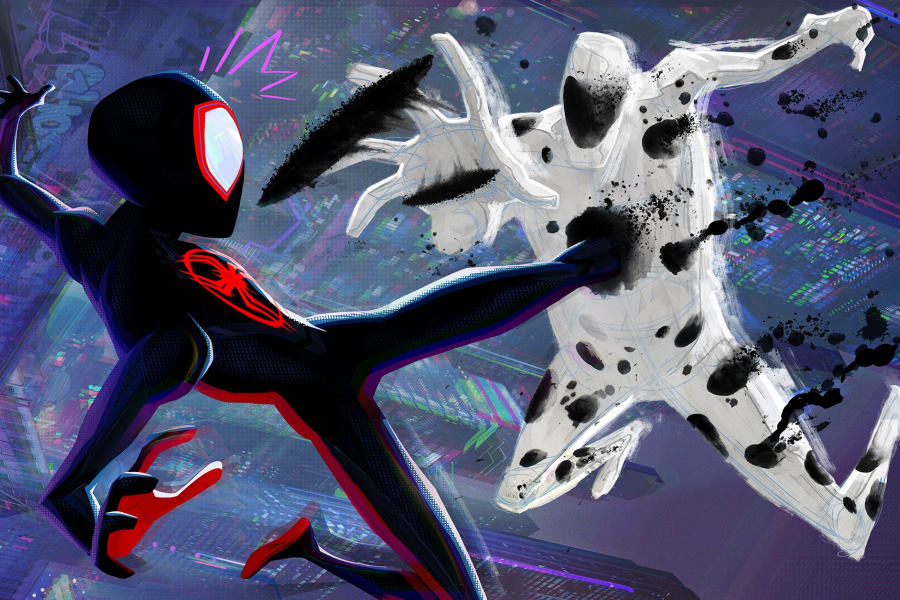 The threats do not stop in Spider-Man: Across the Spider-Verse, a tape that has confirmed The Spot as one of its villains, in addition to The Vulture

We are just over a year away from Miles Morales returning to Spider-Man: Across the Spider-Verse, an animated film that will continue to explore the arachnid Multiverse, and which will present several surprises, including a villain known as The Spot.

Through its social networks, the production of Spider-Man: Across the Spider-Verse shared a new conceptual art in which it reveals The Spot as one of the villains who will take part in the plot, and whose voice will be that of the actor. Jason Schwartzmann.

In the comics The Spot debuted in the pages of The Spectacular Spider-Man #98 (January 1985). Jonathan Ohnn was a scientist in the employ of the Kingpin, who sought to replicate the energy Cloak uses to travel through a different dimension.

However, when he managed to build a portal that drained the energy of New York, Ohnn entered this portal, where he passed out and when he woke up he was floating in a dimension of portals, transforming his body with these portals.

Faced with this change, Ohnn used this power to ally himself with the Kingpin and other villains, but he has been defeated by heroes like Spider-Man or The Fantastic Four.

More surprises in the Spider-Verse

The Spot is not the only villain that will come to this film, since the producers confirmed that The Vulture will be present, and his voice will be that of Jorma Taccone.

In that Across the #SpiderVerse clip we saw: An anachronistic version of The Vulture (voiced by @jormataccone), our old friend Spider-Man 2099 (voiced by Oscar Isaac), and the incomparable (and pregnant!) Jessica Drew aka Spider-Woman (voiced by @issarae). #AnnecyFestival

It was also confirmed that actor Shea Whigham will voice George Stacy, the NYPD captain and father of Gwen Stacy, who upholds the mantle of Spider-Gwen/Ghost-Spider.

And it was finally confirmed that Issa Rae will lend her voice to Jessica Drew, better known as Spider-Woman, and in the tape the heroine will be expecting a baby.

This tape will follow the adventures of Miles Morales. Who will rejoin Peter Parker, Gwen Stacy, and more men and women upholding the mantle of Spider-Man. A new threat would cause the Multiverse to collapse.

Spider-Man: Into the Spider-Verse in SMASH and Marvel Comics Mexico

Marvel Comics Mexico presents an exclusive compilation of the origin and one of the greatest moments in the life of Miles Morales: when he meets Peter Parker, the Spider-Man that we all admire and love!

Accompany them on an adventure in which they will have to defeat Mysterio and save the realities of both.

“It’s a question of when, not if it’s going to happen.” The creator of ‘Community’ confirms that the long-awaited film that will end the series is in the works