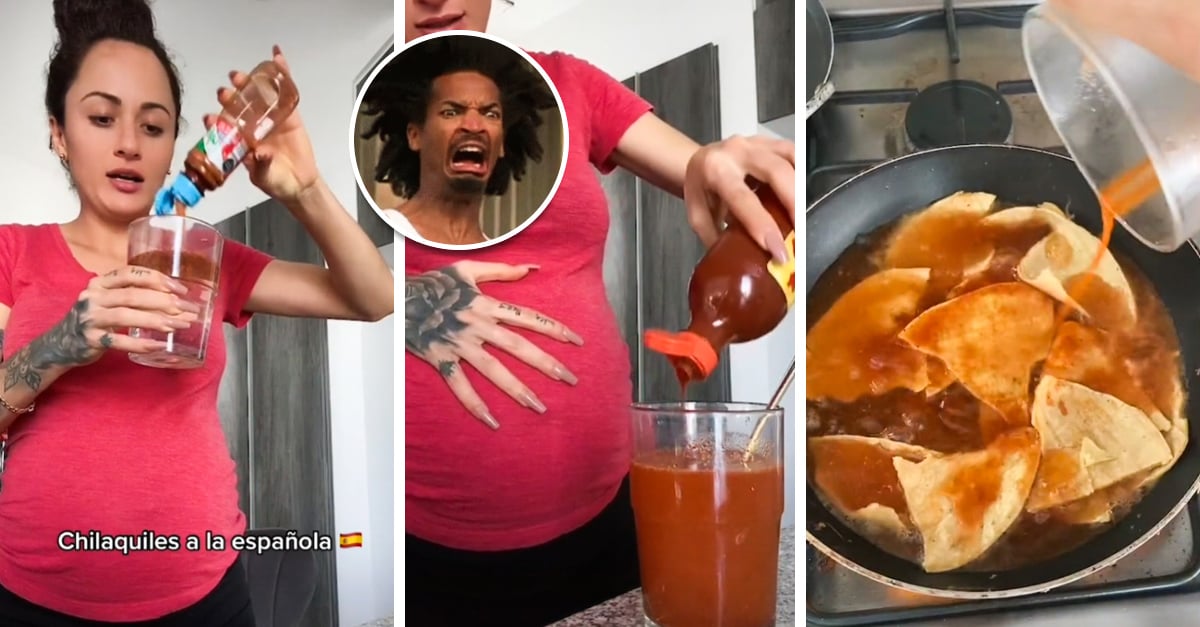 Imagine that one Sunday, after having had a real rest, you get up to have some delicious chilaquiles for breakfast that they prepared for you with their onion, cream, gratin cheese, accompanied by a fried egg, as well as a portion of beans and, of course, a coffee or orange juice. But it turns out that those promising chilaquiles are made with Salsa Valentina and Tajín! What?

Although it seems like a joke, a boy suffered that little surprise when his Spanish wife wanted to pamper him by making him a “very Mexican” breakfast and prepared chilaquiles, bathed in a mixture of Salsa Valentina and Tajín.

Tiktok user Amparo González uploaded a video to the platform as a tutorial on how she prepared breakfast for her husband. At the beginning, she makes it clear that she doesn’t know how to cook and, in fact, we agree with her. The girl begins to dilute a quantity of chili powder in a glass of water and, not sure if it was enough, she added a few drops of the famous hot sauce.

Immediately after this, in the video we can see how he begins to fry the tortillas and with the risk of burning himself, he turns them over with his hand and then adds the mixture. At the end, the woman invites her husband to taste the dish and, to be honest, we would not want to know her reaction, much less the taste.

Later, after the reactions that the video provoked, Amparo uploaded one more, affirming that her husband had loved the chilaquiles with Tajín and although we cannot see the boy’s face, his doubtful answer is heard when the girl asks if it was true that he had enjoyed breakfast.

Cooking is an art and we say it knowingly, but we can always turn to the beauty of the Internet, which provides us not only with the most traditional recipes, but also with a list of tutorials that remind us of the typical and unique flavor of food. of our grandmothers. Remember that the Internet search engine also serves to resolve doubts like that.

Dave Filoni is totally against this theory about Darth Vader

They’re from Michael Kors and they’re the perfect height.

Three thousand years waiting for you (2022) opinion: George Miller goes from ‘Mad Max’ to a beautiful adult tale about our inability to let ourselves be amazed