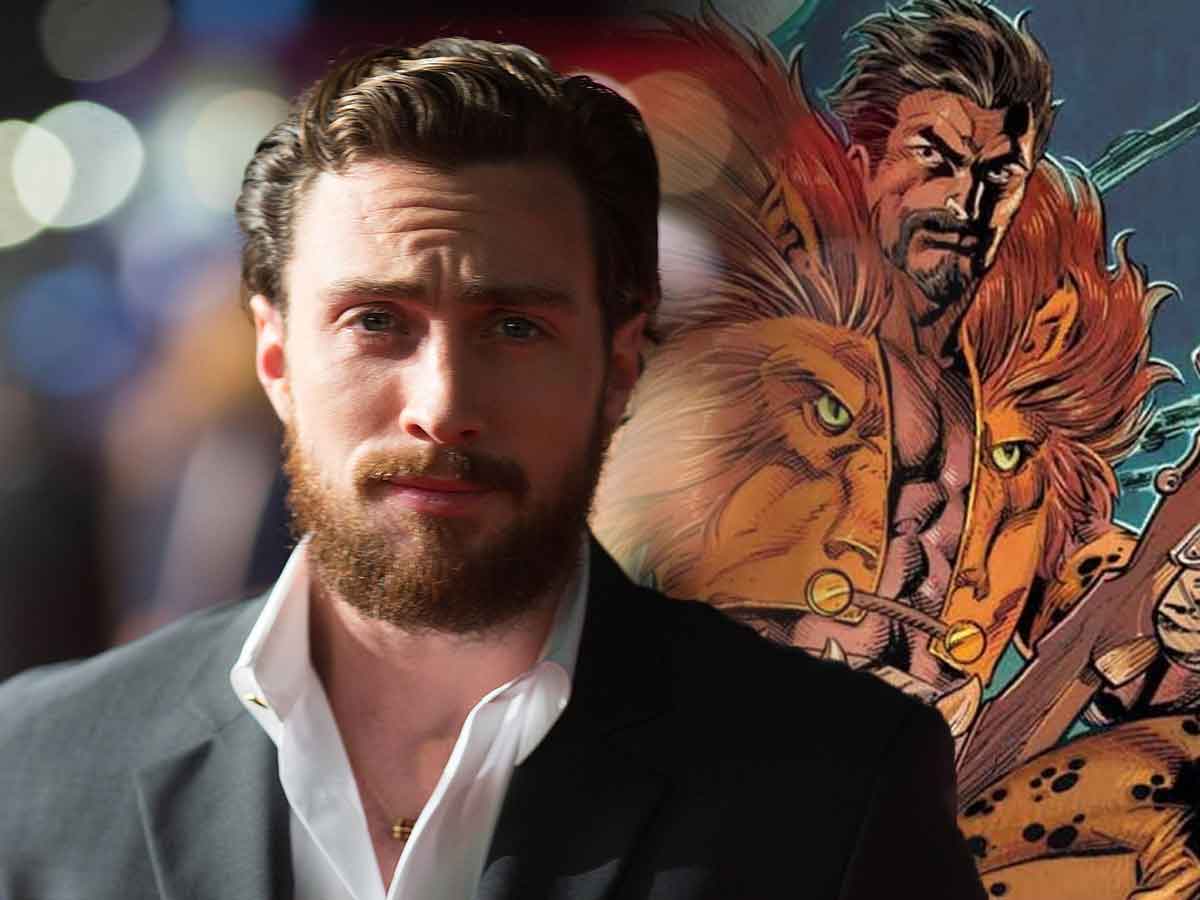 Kraven the Hunter, but not much. Sony Pictures Entertainment reveals that, in its plans, it will develop a villain considered “animalistic”.

During an interview with Variety exclusively, the protagonist of Kraven the Hunter, Aaron Taylor Johnson, has spoken about his experience playing the character. He has mentioned that the production of Sony Pictures Entertainment recently concluded. Therefore, the film is already finished.

Aaron Taylor-Johnson has described Kraven the Hunter as “one of Marvel’s most iconic and iconic antiheroes,” as well as being “Spider-Man’s number one rival.” He also noted that he found it exciting that the character wasn’t “an alien or a wizard, he’s just a hunter, a guy with convictions.” But what exactly has Sony done with the villain?

Fasten your seatbelts, because curves are coming. The actor has since confirmed that Kraven the Hunter, in the Sony film, is “an animal lover and protector of the natural world.” The legendary hunter has been transformed into an animalist!. For many readers of Marvel, this could be a truly annoying adaptation. All things considered, that description goes directly against the basic nature of the villain of Spider Man. They have volatilized the character.

Being an animal lover does not go well with someone who is literally known for hunting. We’ll see… Kraven the Hunter wears a lion skin as a vest. Despite the change, the actor in the Sony Pictures Entertainment film believes “he’s a very, very amazing character.”

At this time, it is unknown why Sony Pictures would have made such a drastic change with Kraven the Hunter. A change that basically transforms the villain on a fundamental level. That said, there is a possibility that Aaron Taylor-Johnson’s statements are missing some context or we have interpreted them in the wrong way. Let’s hope so, because it’s rare.

‘Hunter x Hunter’ exists as we know it from "fault" from ‘Yu-Gi-Oh!’

I’m Going to Have a Good Time (2022) review: A refreshing musical comedy that spreads its enthusiasm and lives up to its title

All the series and movies that leave Netflix in June 2022