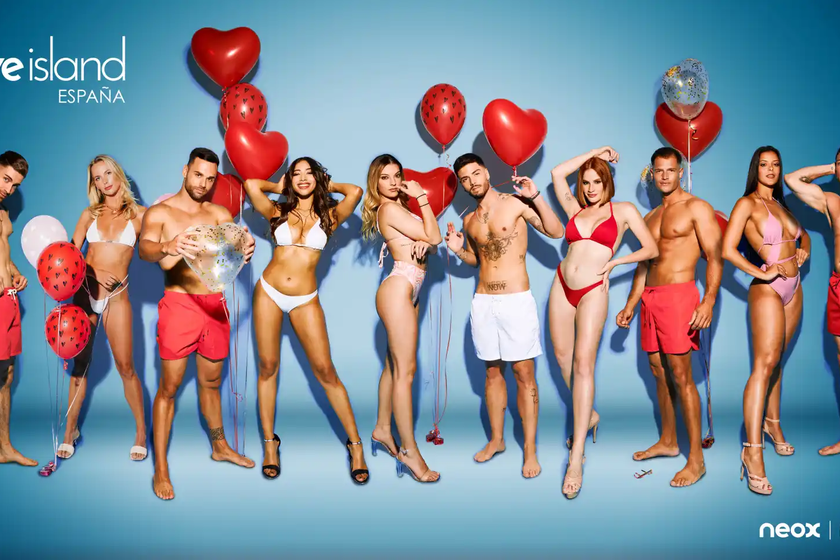 Who was going to tell us that in 2022 one of the most fashionable television genres was “people on an island making out with other people”? Between ‘The Island of Temptations’, ‘FBoy Island’ and ‘Love Island’, in the end there are going to be more islands with beautiful people kissing than lonely islands. The thing is that Cristina Pedroche has returned to Neox with the second season of ‘Love Island’, and now we can meet its ten members, who will seek to win the program’s grand prize: love. And by the way, 25,000 euros, which never hurts to accompany it.

Let’s take a look first at they: handsome (of course), with a huge ego (of course) and ridiculous presentation videos (we wouldn’t want them any other way).

He is 24 years old, he is from Barcelona and who will catch his self-esteem: “If I found a girl with my face, let’s go. Without a beard, of course, with long hair, I would like it”. The presentation video of this barber ends with a “If you know how I get on, why do you invite me?”which tells us that he is a specialist in old memes pulling professional scoundrel.

He is also 24 years old, he is from Santa Cruz de Tenerife and he was not born with the gift of humility either: “My weapons are going to be my sympathy, my charisma and my romanticismbecause nobody beats me romantically”, he comments while showing some handcuffs in a show of pure romanticism. Let’s see, it makes sense: he is preparing the Oppositions to be National Police. That said: pure romance.

At only 21 years old, and having come from Guadalajara, Alan looks like a scoundrel, this one, worthy of Pantomime Full: “My first relationship was with my math teacher, and I don’t know math, but what is biology and anatomy of the human body I learned a lot“. He knows them all. He’s a supermarket stocker and he invests in the stock market, so he can’t help but make the little joke that “Your stock is going to go up on the island”. Go figure.

At 29 years old, and arrived from Valencia, Rafa increases the general freakout of the casting by one hundred percent: “They usually tell me 99’9 because I never fail”. Well, well, we will have to ask that 0’1. The boy is a security guard and in his presentation video he pretends to shoot the camera with his finger, to make it clear that where the eye puts the bullet. Ladies, I like you.

29 years old and with a statuesque body (like everyone else, of course), Mauricio comes from Argentina, so he can’t help but comment that if it were food it would be a roast. “If any islander wants to eat me, I’m here,” she says as she bites her lower lip. I wish I loved each other as much as these gentlemen.

And of course, they are accompanied by them, so sweet and so beautiful, as demanding as fiery. Well, anyway, the same as in the first season. These are the girls who will accompany the men in this hetero fantasy:

21 years old, Tudelana and Cuban-Navarra by birth, comes from the orchard area “but to take me to the garden is a bit complicated because I’m not an easy girl.” Before coming to the island, she worked in a men’s suit store and studied law, although he only gets A’s “in partying”. We didn’t smell it at all, Paola.

He is also 21 years old. children’s rhythmic gymnastics coach in Cádiz and he has been regular in love because of jealousy. “When they try to control me I rebel, when they don’t want me to party, I go out three times, don’t you want me to wear a short skirt? I’ll wear it shorter”. Friend, if she doesn’t want you to go out to a party and wear whatever you want to wear, it’s not a matter of rebelling, but of running away as fast as you can.

25 years old, from Santa Cruz de Tenerife and Miss Gold Spain, which apparently is something that exists. “Pretty with a crown”She says she is, but luckily she’s more things: she’s been working for six years in a department store, she’s studying nutrition and dietetics, she trains boxing and pool dance, she’s a room monitor and he likes dark, tall and charismatic boys, that they contribute, that they know how to dance and can’t stand cleanliness, arrogance or macho men. Take Tinder profile.

29 years old, Lithuanian of Spanish adoption since she was ten years old. His full name is Diamond. and takes advantage of it to make it clear that self-esteem problems are something that doesn’t go with her either: “I’m a diamond in the rough”. She has worked as a model, as a range boss in Dubai and now as a suitor in ‘Love island’. What is called someone eclectic.

24 years old, from Malaga and Nicknamed “The Heartbreaker”. Between 99’9 and the heartthrob, what a festival of forced nicknames. She is convinced that just as you dance so you are in bed, and since she is a flamenco dancer, she adds two and two. Those of us who are incapable of learning two dance steps in a row, well, we already took the hint, Yaiza.

These are the people who are going to live on the island, and the couples are already formed: Saúl and Lorena, Rafa and Dei, Mauricio and Paola, Alberto and Yaiza, and Alan and Lara. Or well, this was the case until a new suitor arrived, Luis, a chemical operator who reaches the age of thirty, comes from Colombia and promises to revolutionize things. To heat things up a little more, the contestants will have a red button that they can press to request the expulsion of one of their companions.

‘Love Island 2’ It has taken everything that worked in the first part and has multiplied it by twenty to become the perfect program for those summer months in which the neurons are melted by the sun. Will these singles succeed in love (and in take 25000 euros)? Only time will tell. Let the game begin!