She rents an apartment and discovers that they were recording her 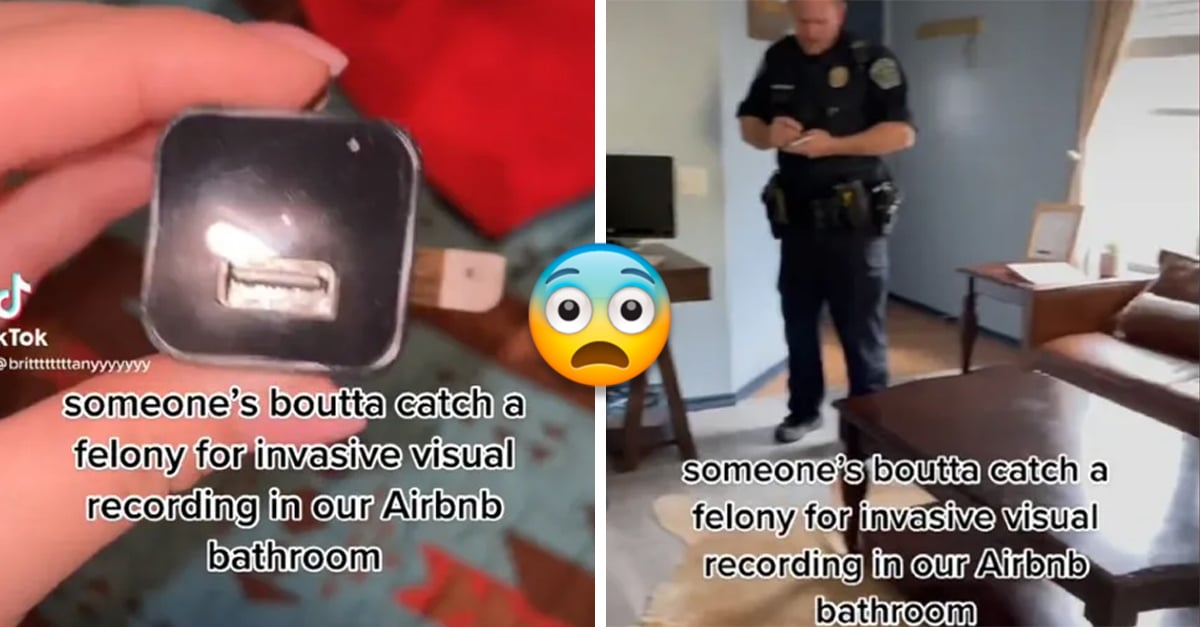 When you are looking for an apartment for rent, you have to make sure that it suits your tastes, economic possibilities and that it is a pleasant place. However, once a place catches your eye, you let go of all those requirements, although later you realize that there are things that are wrong.

There are hundreds of stories on the internet about people who have had bad experiences and out there we find that of a girl named Brittany Walsh, who in a TikTok video showed the terrible experience she had when she rented an Airbnb.

Through her social networks, Brittany reported that she had rented an apartment through the apps to spend a few days in Texas. Until then everything was normal, but once she entered the bathroom, she was disconcerted because in that very private space she found a very strange device. At first, he thought it was a charger, but upon picking it up and checking it out, he realized it was a camera.

It seems like a joke but no, it turns out that the device was placed in a socket in the bathroom, as if it were a charger, and inside it had an SD memory in which everything that was recorded was stored.

Someone is about to be charged with a crime for invasively recording in the bathroom of our Airbnb.

Brittany not only reported the incident on social networks, she also called the police to make sure it was not something else. The officers confirmed that it was indeed a camera. As expected, and with how viral the video became, Airbnb showed its position on the matter and through a statement commented:

Airbnb strictly prohibits hidden cameras and recording devices of any kind in private spaces like bathrooms and bedrooms. We take this report very seriously and our security team is fully investigating it.

Brittany was very upset about the situation, but she did not blame the people who rented the place, because she considers that the person responsible is, perhaps, a person who enters the place very often. She, although she also mentioned that she will do everything possible to find the person responsible. She remembers that you always have to check the rental spaces very well so that this type of situation does not happen again.

This was the “humble” apartment of Lambda García, one of the finalists of “Top Chef Vip”

This is the mansion, with a recording studio included, that Tommy Lee put up for sale in Calabasas