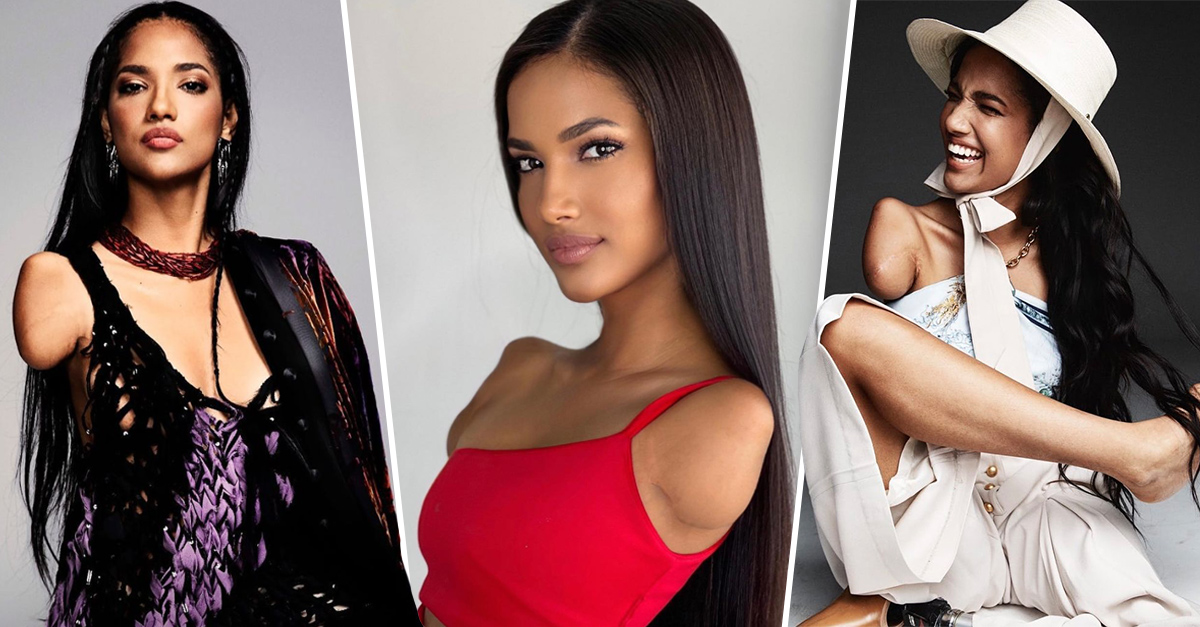 There are many stories of overcoming, but none like that of Victoria Denisse Salcedo, originally from Guayaquil, Ecuador, who lost both arms and a leg at the age of six.

Victoria says that she was electrocuted when she touched a high-tension cable with metal and suffered third-degree burns on both arms and her left leg, which is why they were amputated. From that moment, her life changed completely, she had to learn to perform certain activities with only one leg, avoid criticism and believe in herself to achieve success.

It is an experience that I have overcome and survived. It has given me courage, will and strength.

Currently, Victoria is 26 years old, can walk with the help of a prosthesis and uses her right foot to eat, write and send messages on her cell phone. But Victoria has not only managed to lead a very ordinary life, she has also carved a niche for herself in the world of modeling. Her career on the catwalks began at the age of 19 and soon after she participated in the renowned Miss Ecuador pageant and, since then, she has remained on stage.

It’s important to me (referring to modeling) because it fills me with passion and you have to follow your passions. In 2021 I participated in the Miss Ecuador pageant. I didn’t go there to be accepted. I went there to represent my country, to represent myself as a woman, as another form of beauty.

Despite being an example to follow, Victoria receives constant hate messages on her social networks and although she is not clear why people do this, she prefers to avoid them and continue with her effort and passion.

Fortunately, the model has more than 174 thousand followers on her Instagram account, who usually congratulate her for her effort and dedication. Victoria shows us that limits do not exist and that believing in ourselves is the source of true success.

Full of sweets and colors, this is how the Christmas tree of Adamari López and little Alaïa looks like

Chadwick Boseman refused to read the draft of “Black Panther 2”

Paula Echevarría and the military bag that will be a trend

Watcher (2022) review: Maika Monroe revives the haunted ghosts of ‘It Follows’ in a brilliant simulation of the most chilling Hitchcock