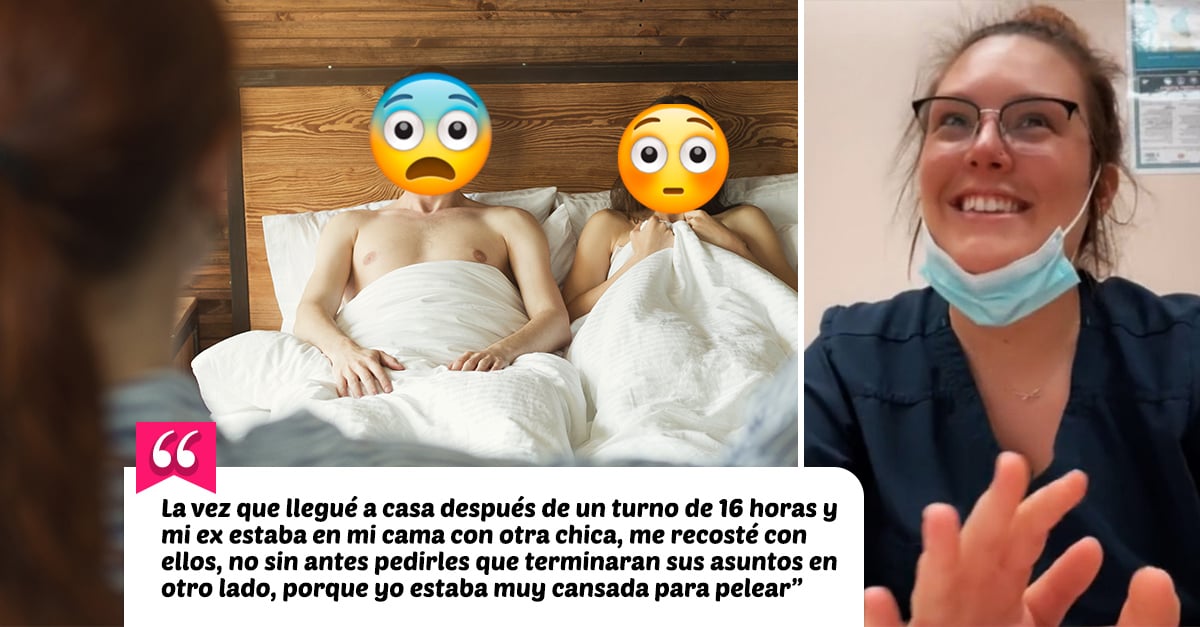 Although there is no “correct” way to react after finding out that your partner has been unfaithful to you, most people who go through such a terrible situation react with anger, which is not for less, because they not only betrayed their trust, but also hurt his heart.

However, you will be surprised to know that there are also people who react in a completely opposite way when discovering that their partner is cheating. An example of this is Taylor Dunham, a girl from Great Britain who when she found her boyfriend with another girl and in her own bed, she reacted in the most relaxed way you can imagine.

After a long 16-hour day at work, Taylor, who works as a nurse, came home exhausted and couldn’t think of anything else but to throw herself into bed and sleep soundly. However, when she opened the door to her bedroom, she witnessed an unexpected scene, and her reaction to such a situation drew attention on TikTok.

The nurse said that she discovered her then-boyfriend with another girl she knew, but she was so tired that she didn’t have the heart to argue, so she very kindly asked them to go somewhere else. Once they left her alone, Taylor told The Mirror that “he had slept soundly, like a baby.”

Me, thinking about the time I came home after a 16-hour shift and my ex was in my bed with another girl, I lay down with them, but not before asking them to finish their business elsewhere, because I was very tired for fight.

Taylor’s video already exceeds the barrier of two million views. In addition, after her publication, thousands of users were interested in learning more about her story. There was no shortage of people asking her what had happened after the awkward incident, to which the nurse replied that her ex still had the gall to claim her for having interrupted them. What?!

I asked her to pack her things and leave. They both left. They now have a son together. I got over it and that night I slept like a baby.

As if that were not enough, Taylor said that this had not been the first time she had suffered rudeness from her lout boyfriend, since she had already gone through similar moments during the three years that the relationship lasted, so many that she ended up normalizing her partner’s infidelities . Oh no!

Thousands of users applauded Taylor’s attitude, while others, in disbelief, questioned whether it had really happened, but Taylor herself reiterated the veracity of the information in the comments section.