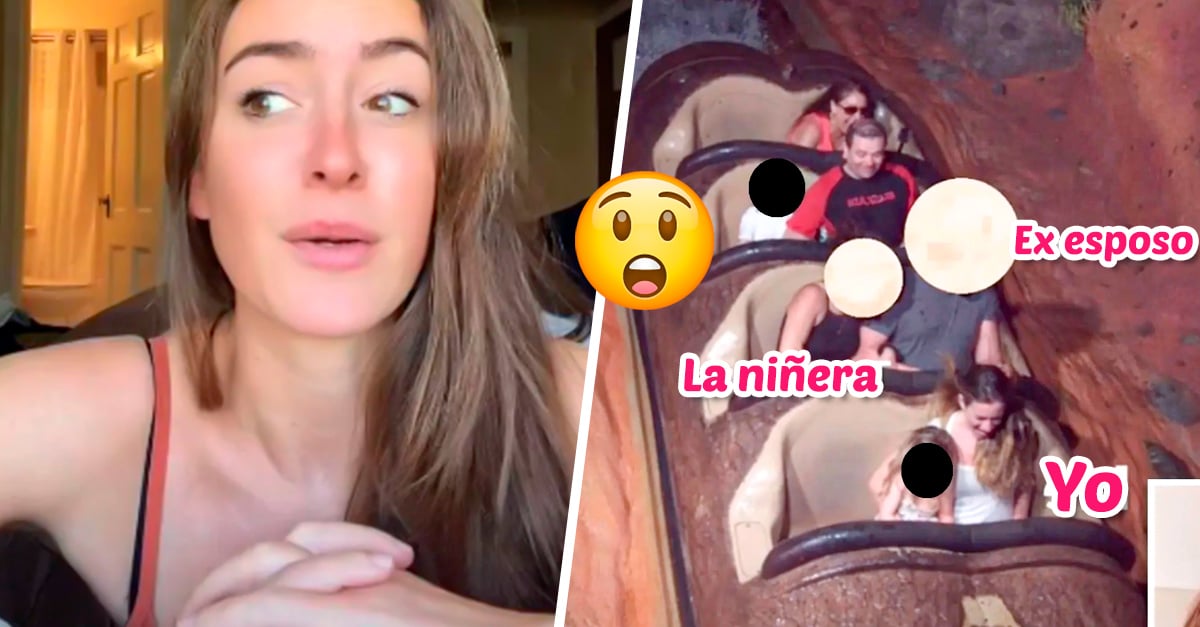 Although the purpose of a nanny is to help in the care and attention of the children, sometimes that attention extends to the father of the children, and not exactly in the best way. It seems unreal and difficult to digest, because an adventure of this kind is betrayal at its best.

However, unfortunately this is something so common that even celebrities like Gwen Stefani, Sienna Miller and Jennifer Garner have experienced it firsthand. The most recent viral example on the subject is that of Natalie, a TikTok user who wanted to share the story of how she discovered that her husband was unfaithful to her with the nanny of her children.

Natalie, who is originally from the United Kingdom and lives in Ibiza, Spain, explained on her TikTok account (@ibizadaze) that she was looking at some old photos from a family vacation at Disneyland. On that occasion, she and her family chose the Orlando amusement park as the destination for a well-deserved escape.

The couple thought it would be a good idea to take the nanny on the trip to help them take care of the little ones. Everything seemed to be going great, and their vacation was everything they had dreamed of, until one moment changed everything.

I was going through old photos and found more than one where they were too close. Wait till you see the picture.

In her recent viral video, Natalie shared a revealing image that was taken during the family trip. The woman explains that when they returned home she began to review the photos of the trip and it was at that moment that her world completely collapsed.

The photo, taken at the attraction Splash Mountain, Natalie was amazed when she noticed that her husband and the nanny were very close to each other, so close that they looked like a couple.

The woman said that during the ride on the roller coaster, she sat next to her daughter in the front of the attraction, while her husband and the nanny occupied the seats in the back row. In the photo, the closeness between the two is evident, since the nanny even snuggled into the chest of Natalie’s ex-husband to protect herself from the water that she splashed.

That affectionate hug showed that they had a much closer bond than that of a father of a family and a nanny. As expected, Natalie confronted her husband. They divorced and the man went to live with the nanny in the house where the family used to live. As if that were not enough, the new couple had a baby.

I wonder how old my children will be when they put two and two together, and realize that their father having a baby with his nanny was beyond inappropriate.

The video was viewed more than a million and a half times, but Natalie deleted it when it became too famous. At the time, many users were outraged by her story, although there were some others who could not resist pointing out that the park in Orlando is Disney World, not Disneyland.

In accordance with The Sun, the mother, whose children are now nine and ten years old, explained that they had two nannies working different shifts at the time. Six years ago, when they made their month-long trip to the United States, she took both nannies so they would have someone to hang out with in their spare time.

She sends me cruel text messages. When I moved out of the house I was living in with my ex, the babysitter moved out instantly and I couldn’t even get a lot of my stuff back because she wouldn’t let me go get my kids. How can she be so mean to me?

It has been a difficult year for Natalie, who has gone from being a housewife to working with the minimum wage in Spain, where alimony is not a legal obligation for parents, while her ex-husband lives with his new partner in his old home.

When I got married I was 22 years old, I had nothing when I entered the marriage. So all the money I receive is out of the goodness of his heart. Legally, he is not obligated to give me anything.

Emergency landing; plane loses an engine on a trip