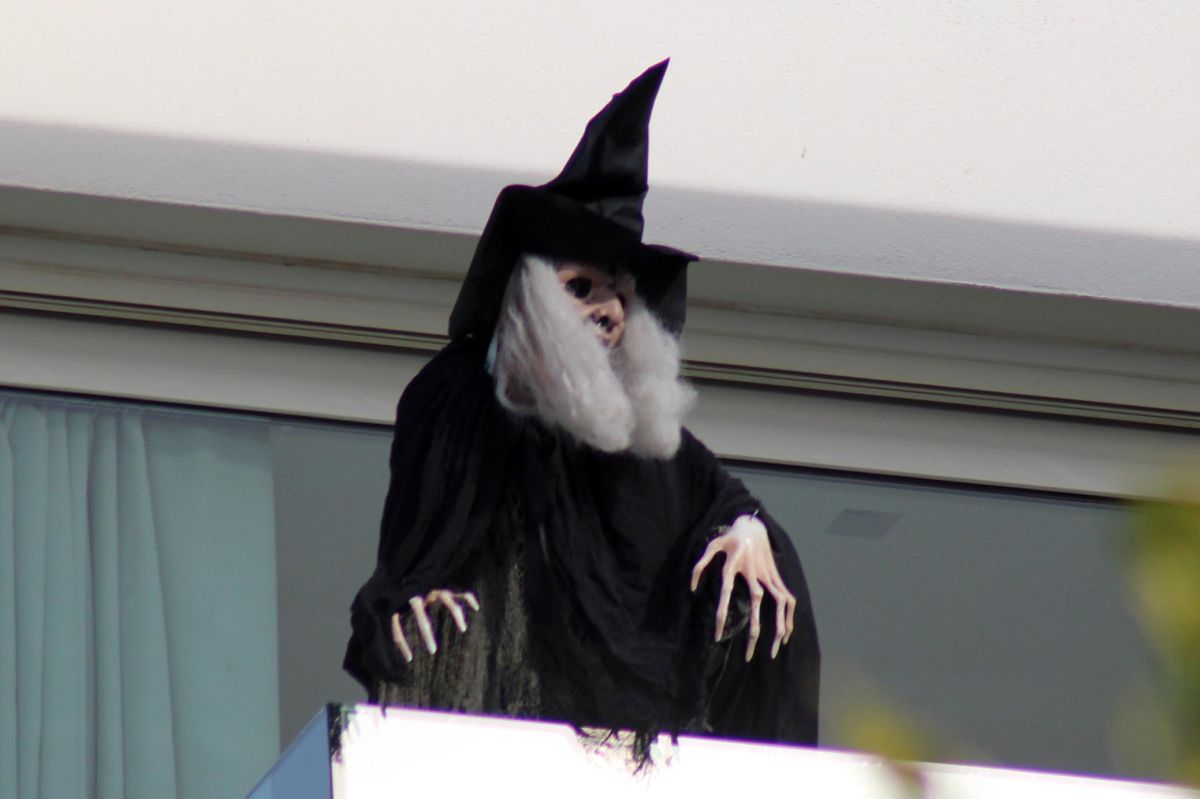 Well they say out there that there is a step from love to hate and how right they are in the case of Shakira and Gerard Piqué, who now cannot be seen even in paint, despite the time they spent together and the fact that they have two children in common .

In addition to giving a lot to talk about in recent days due to the recent song she dedicated to her ex, the Colombian-born woman has also done so by revealing that she is building a wall and put a witch on one of the balconies of her residence to to watch from there Montserrat Bernabeuhis ex-mother-in-law, who lives next door and whom he refers to in his most recent song.

The terrifying woman, with a broom included, would have lasted a very short time for the interpreter of ‘Te Felicito’, when it became known that the strong gales registered in Barcelona would have made her fly, causing her to fall right in the patio of the house of his ex-mother-in-law We doubt that they will return it, contrary to what happens when a child flies his ball to the neighbor’s house.

“After the strong gale that shook Barcelona this morning, the witch flew and could have fallen in the patio of Shakira’s in-laws,” the journalist narrated. Mayka Navarro during his intervention in the Ana Rosa program, in Spain.

Although the news of the witch was in the news just a few days ago, in various Spanish programs they have given more details about the peculiar character. Joaquin Prat highlighted that the witch had been on the balcony since August, while Sandra Aladro He explained that Shakira told her maids to comb her hair and groom her every day.

What is the house that Shakira currently lives in Barcelona like?

The residence, which is minimalist in style and is distributed over five floors, is located in the community of Esplugues de Llobregat and was built by Gerard Piqué and Shakira themselves, so it has a very special meaning for both and for your love story.

According to information from various media, the mansion was built in 2012 after disbursing close to $1,000,000 dollars.

It is made up of several bedrooms, several bathrooms, a hall, a kitchen, a dining room, a living room, a main room, a television room, a cinema room, a trophy room, a games room, an office , for a gym, for a bar, for a wine cellar, for an underground garage, for a laundry room, among other rooms.

Outside, it has a terrace, a barbecue area, extensive green areas, a tennis court, a resort-style pool with a waterfall and its respective spa area, among other amenities. As well as with the two properties that are inhabited by their respective parents.

padded vests, polo shirts or sweaters that will be our best allies

11 ideal little towns to see in the province