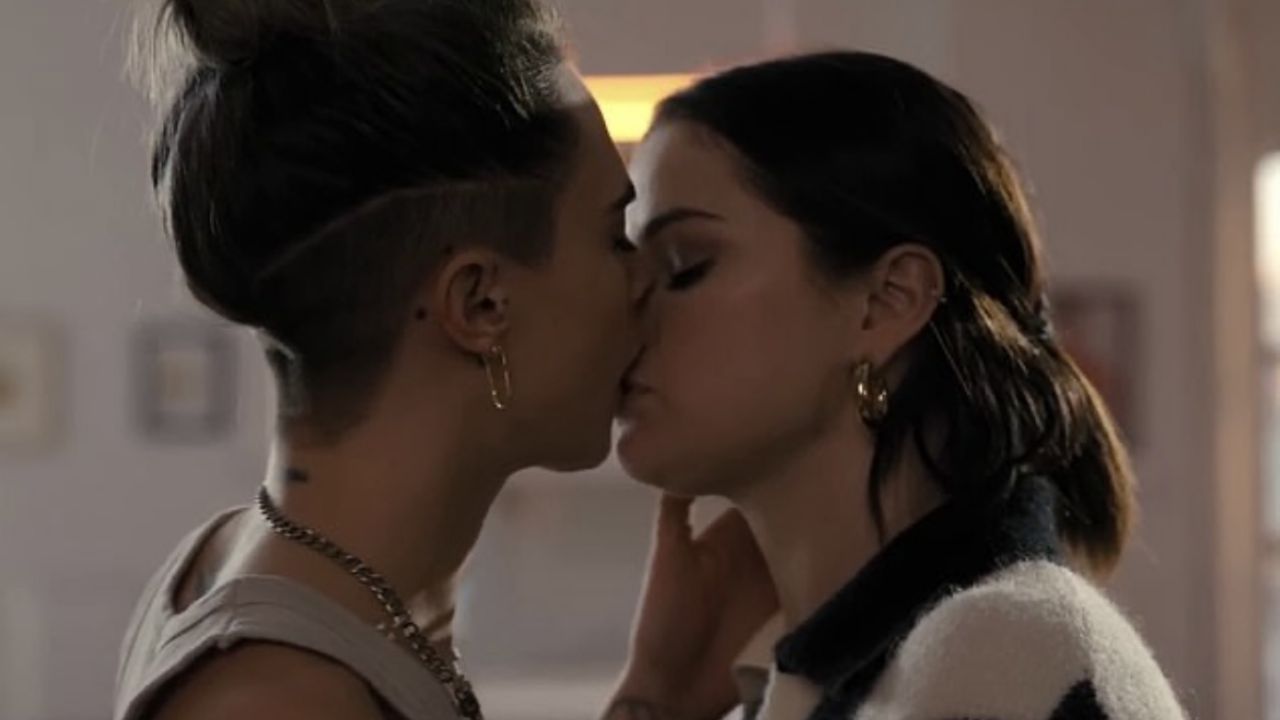 Selena Gomez and Cara Delevingne share a passionate kiss on the second season of the hit show “Only Murders In The Building,” which airs on Hulu.

In the second episode of the second season, Selena’s character, Mabel Mora, becomes infatuated with her new love interest Alice Banks, played by Cara, who kiss while talking about art.

It all comes after Mabel returns to the art studio where Alice encouraged her to break a piece of art to help release her emotions.

“I feel better,” Mabel declares after destroying the artwork, as she walks over to kiss Alice. “I feel better too,” Alice whispers after their eight second kiss.

Earlier this week, Cara opened up about how she loves being able to “represent” the queer community on “Only Murders in the Building.”

The 29-year-old model, who identifies as pansexual and is currently believed to be dating singer Minke, admitted that she and the former Disney Channel actress had a great time on set.

Cara was already a huge fan of the show before she landed her part and said she was impressed with the way the story unfolds.

“The story that they write and how it unfolds, I never expected it and that’s what I love because I’m usually pretty good at those things, although I’ve never really been good at it,” she said.

For her part, the pop star, Selena, 29, also said that she enjoyed working with Cara because they have been friends for several years.

“I’ve known her for so many years. It was honestly like working with a childhood friend. I just enjoyed it. She’s amazing!” he shared with Entertainment Tonight.

Cara will play Alice, a sophisticated New York City art world connoisseur who becomes embroiled in the apartment building murders and will also appear on screen alongside Steve Martin and Martin Short when the second season premieres on Whoops this week.

Maluma presented his girlfriend in front of the cameras with a kiss at the Billboard Awards: who is Susana Gómez?

Photos: The mansion from the spooky movie ‘Hocus Pocus’ is rented out for Halloween

Hailey Bieber opens up about Justin Bieber and Selena Gomez

They admit that adding aliens was a mistake

Chanel Terrero dazzles with her nineties hairstyle and her feline eyeliner