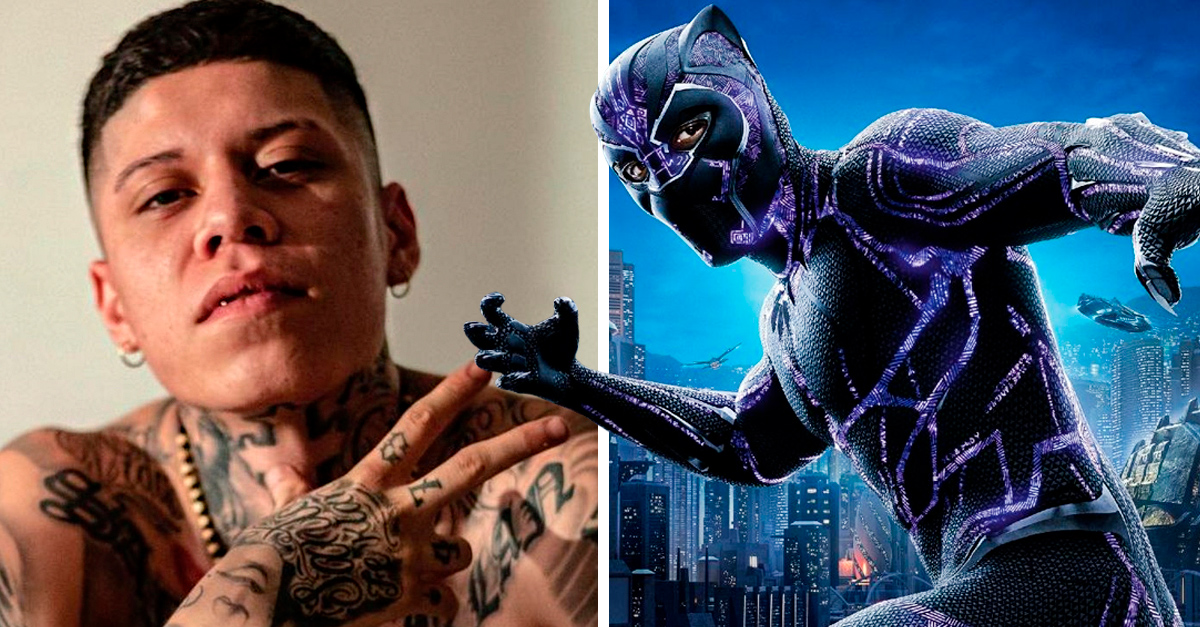 Recently, the Marvel channel revealed the themes of the soundtrack that will be part of Black Panther: Wakanda Forever and among its songs is nothing more and nothing less than a song by Guanajuato rapper Ángel Quesada, better known as the Santa Fe Klan. The film will be released on November 11 and the song Am represents the Mexican culture in this production of the world of Marvel.

The theme has more than five thousand views and it is not for less, because not only her followers have given themselves the task of looking for it and listening to it, there were also those who believed that it was a joke, but it is not.

Santa Fe Klan is not the only musician who provided songs for this film, since we can find the musicians Amaarae and Tems, who have already been confirmed. In the lyrics of the song we can hear very significant phrases and in whose melody brief accompaniments of regional music are noticed.

I am water, I am sky, I am fire, I am wind, I am air, I am force, I am war. Dead come out of his tomb, that the sun burns us and the earth rumbles.

It is worth mentioning that there are other Mexican talents who participate in this feature film, since the actors Tenoch Huerta and Mabel Cadena were also incorporated into the cast and it is presumed that they gave their best in their performances, putting the name of Mexico on high.

Recall that Tenoch Huerta will play Namor, an underwater prince from the Marvel Cinematic Universe. This time it will be the first time that he is played by an actor, since previously in the 60s he only had an animated series. For her part, Mabel Cadena will play Namora, Namor’s cousin.

Although the rapper has not commented on this news, the phrase that frames his song makes us reflect: “We are not hidden, no. We are waiting”.

Get to know the spectacular ranch that Kevin Costner put up for rent for $36,000 a night

Danna Paola shows off her figure in a tight sports outfit

Maxi Iglesias and Stephanie Cayo are back together, because in the fire that was created on Netflix there were still ashes

These five bands you should not miss at Corona Capital 2022

Stella Arroyave, she is the Colombian artist who conquered Anthony Hopkins