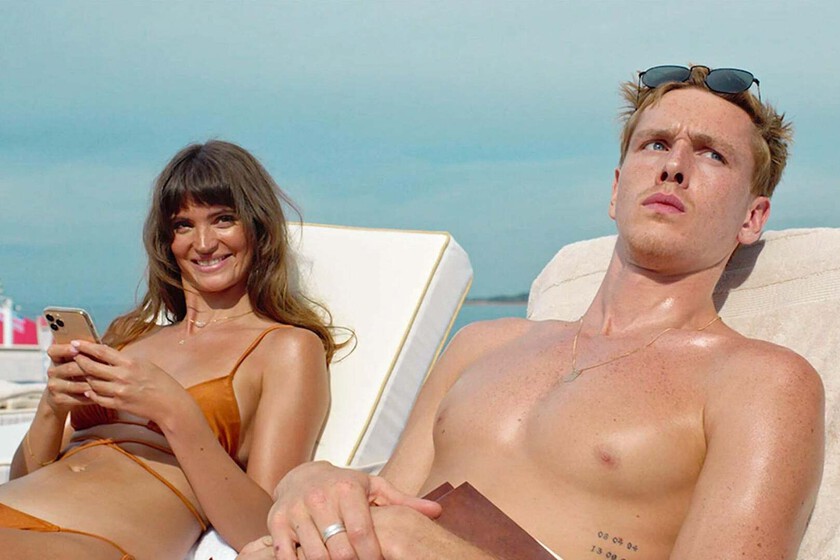 For some reason, Ruben Ostlund He is one of those directors that generates passions and fierce hatred, usually in equal parts. With their social satires with a broad brush, while at the same time spinning the finest with the aim of his poisoned darts, the director of ‘Force Majeure’ and ‘The Square’, shoots left and right in that apparently innocent and light way, but deep down tremendously policy, which seems that “it stings many**.

‘Triangle of Sadness‘ is not for less. The winner of the Palme d’Or five years ago has every intention of taking it back with this brutal new critique of the rich and the poor and how the roles are reversed at every opportunity. A wild and unrepeatable comedy that, although excessive in length as usual, absolutely hilarious. A generalized reaction in a packed auditorium sharing laughter as does not usually happen in this festival.

On board a Titanic of the age of social networks

Starting with an absolutely initial sequence brutal and so cynical bordering on cruel, Östlund’s gets off to a perfect start with that awkwardly funny scene that also clarifies the hilarious reason for its title. An incredible prelude that predicts the savagery that is to come, but sets the bar very high.

The impeccable nature of its beginning is extensive to its entire first part, absolutely brilliant, scathing and with a inspiring dark humor which, in a completely organic and at the same time unexpected way, ends up evolving eschatologically in a peak of action so aberrant that it is even overwhelming. Of those moments that you don’t know whether to laugh or cry, or all together. It is followed by a second part, however, more redundant and predictable too long to be considered a complete work, but equally hilarious, and with an ending that closes the circle.

A group of successful and wealthy tourists stroll through a paradisiacal ocean on a luxury cruise in which everything is exquisite and according to the whims of this gang of millionaires of diverse convictions and satisfied lifestyles. The nightmare begins in the middle of a storm with the shipwreck, leaving its unskilled crew helpless and abandoned to their fate.

Starting from the relationship between a couple of extremely perfect and hateful influencer models, as is often the mark of the author’s work, the film opens up to a handful of other equally dubious characters to become a choral work of horror and perversion. With a mixed cast that again mixes languages, although this time mostly in English, ‘Triangle of Sadness’ has an international cast, led by the Englishman Harris Dickinson and the South African actress and model Charlbi Dean, and with the overwhelming cameo of Woody Harrelson.

Following the line of ‘The Square’ and still maintaining some of the fantastic ‘Force Majeure’ in terms of moral decline of its protagonists when their masks fall in the face of tragedy, ‘Triangle of Sadness’ contemplates the plummeting of apparently very worthy characters with declaredly solid principles.

A black satire on the stupidity of the superficiality of our time, where success is measured by how much money is spent in the most absurd way, or rather, how it is shown. Almost three hours that capture the ruin of the most bland posture in its free fall from the top of the deck to the bottom of the ocean. A portrait of the human decadence of a rotten soul in the face of the loss of its own perspective.

The 10 best fantasy movies of all time

The numerous deaths and rebirths of the Justice League