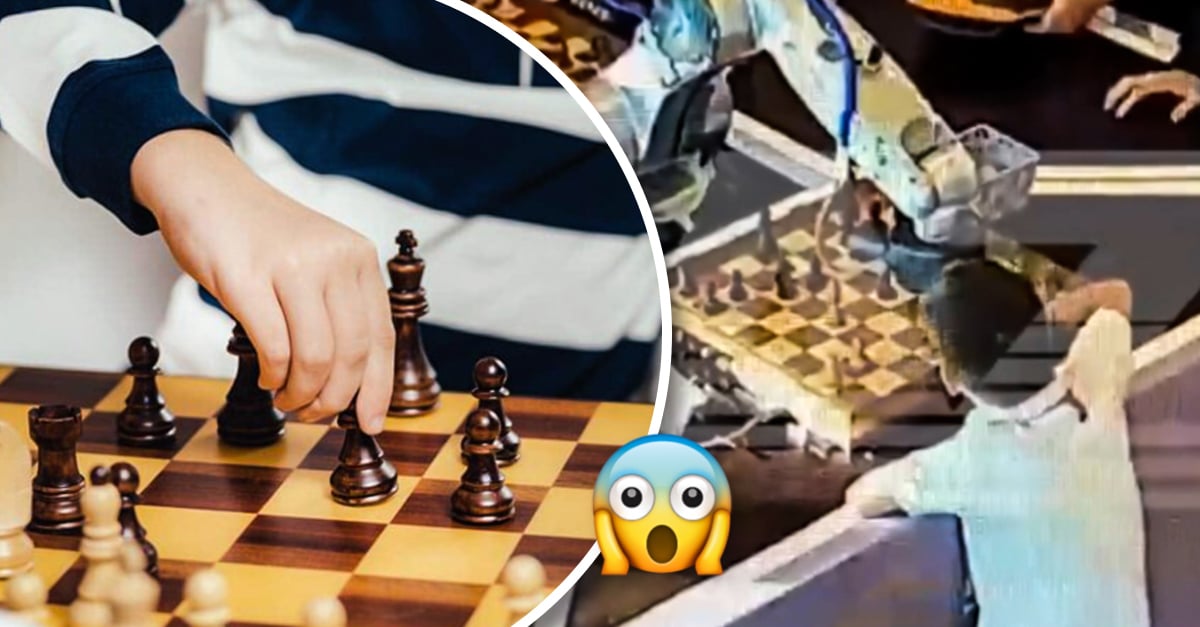 A week ago, during a chess tournament in Moscow, Russia, a robot broke the finger of a seven-year-old boy he was playing with. Apparently, everything was due to a technical failure in the programming times of the machine, since the minor made a movement so fast that he “confused” the robot.

The machine made its move at a previously programmed rhythm; just at that moment, the boy advanced his turn and tried to move a piece of the board at high speed. The robotic arm could not stop in time and fell on the boy’s hand, who had to be helped by four adult men.

This is the video of the robot that broke a child’s finger in a Chess tournament.

Here begins the rebellion of the machines#chess #Chess #skynet pic.twitter.com/h0OwITPgGJ

The robot broke the boy’s finger. It had been used in many other exhibits with no problem. The boy made a move and after that we have to give time for the robot to respond, but the boy rushed, the robot grabbed him. We have nothing to do with the robot, we only rent it.

The minor, who is considered one of the 30 best chess players in Russia in the children’s category, was reported with a broken finger. However, he is stable and even resumed his games the next day.

Volunteers and local players mention that the robot had already made other games and had never reported a similar problem.

On the other hand, the child’s parents already plan to denounce the owners of the robot and those who are responsible for the injury.

Robot operators will have to think about reinforcing protection so that this situation does not happen again.

Ricardo Montaner breaks the silence: this he said about the supposed divorce of Evaluna and Camilo

Falling in love: The truth about the departure and return of one of her talents

‘The House of the Dragon’ has corrected the worst mistake of ‘Game of Thrones’: HBO Max should take note and that it is not a simple mirage

Study affirms that the covid vaccine alters the menstrual cycle

Thalía and Fernando Colunga: this was their romance that crossed the screens