Roberto Palazuelos says that he would like to speak to Andrés García before he dies: “They washed his coconut” 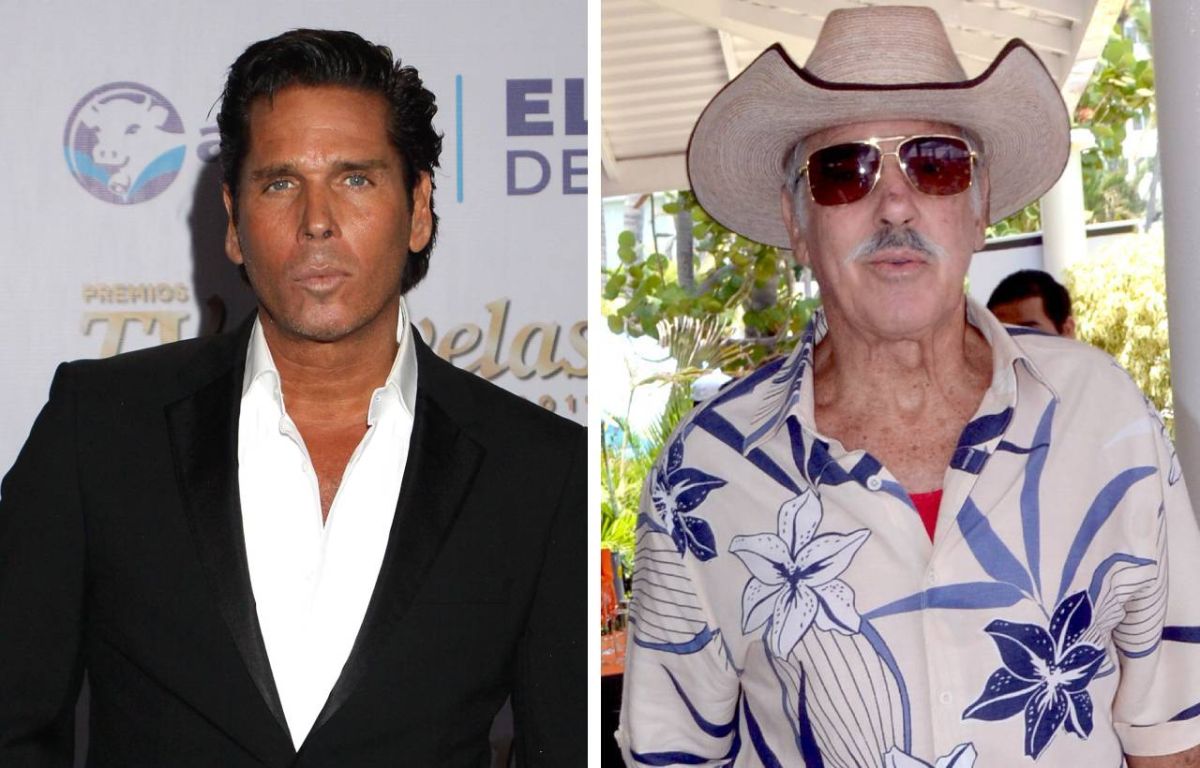 Since andres garcia revealed that he suffers from several diseases such as cirrhosis and a strange blood condition that forces him to receive transfusions constantly, a fight also broke out within his family between his wife and Leonardo, one of his sons, who through of a statement questioned the care of Daisy Portilloassuring that she does not allow them to see him and that both she and her son Andrés Portillo took him away from their family because they could have personal or economic interests.

Likewise, Roberto Palazuelos, whom the actor had named executor of his assets and one of his heirs because he considered him a son, had a rift with the 81-year-old actor, and some time later supported Leonardo García’s version, arguing that the people who they take care of Andrés García they are manipulating him.

And although until now he had preferred to stay out of the comments, the businessman known as “The Black Diamond” assured that he would like them to settle their differences and reach a reconciliation before the actor diesso he leaves everything in the hands of fate, assuring that “God will say.”

“Of course I would like him not to leave without him and me talking. Right now I’m going away for a long time, I don’t know how my health is and so on”.

And although at first he assured that it is a subject that he is not interested in talking about out of respect and because “they have to let him go in peaceno longer with so much gossip, “he reiterated that there are people who have been in charge of making him believe things that are not true.

“I will always have love for him and respect too. There are very complex things there. unfortunately they washed his mind with things that I never said and for some important reason we are all leaving and I am sure that we are on other planes”, he said.

Despite the fact that he cannot currently visit him due to the projects he has on the door, he sent Andrés García a message through the media in which he expressed the affection he has always had for him.

“Through you I can tell you that I love him so much, that they filled his head with nonsense, who took him away from whoever protected him and advised him well, maybe, who knows for what reason. We will see that when things happen, but I wish him the best, ”he added.

Before concluding, he made a request to the people who currently care for him, since he considers that he is a personality that should be remembered for his work and not for the deteriorated physical appearance that he has exposed in recent months.

“I ask whoever is in charge of it to already they are not exposing him in bad shape and more because he is a legend of Mexico and he is a person that people have it like that (highly) and they have to keep that image of him like that, ”Palazuelos said.

You may also like:
–Andrés García points out to his son Leonardo that he wants his inheritance: “They won’t even let me die in peace”
–Eldest son of Andrés García threatens to tell the darkest side of his father for slandering his mother
–Anahí finally visits Andrés García and that was the heartbreaking encounter. Love at its best!

A theory points to the death of Britney Spears: the family would be “exploiting” her name

Eugenia Cauduro reveals how she faced her ex-partner’s lover: “I don’t know who you are and I don’t care”