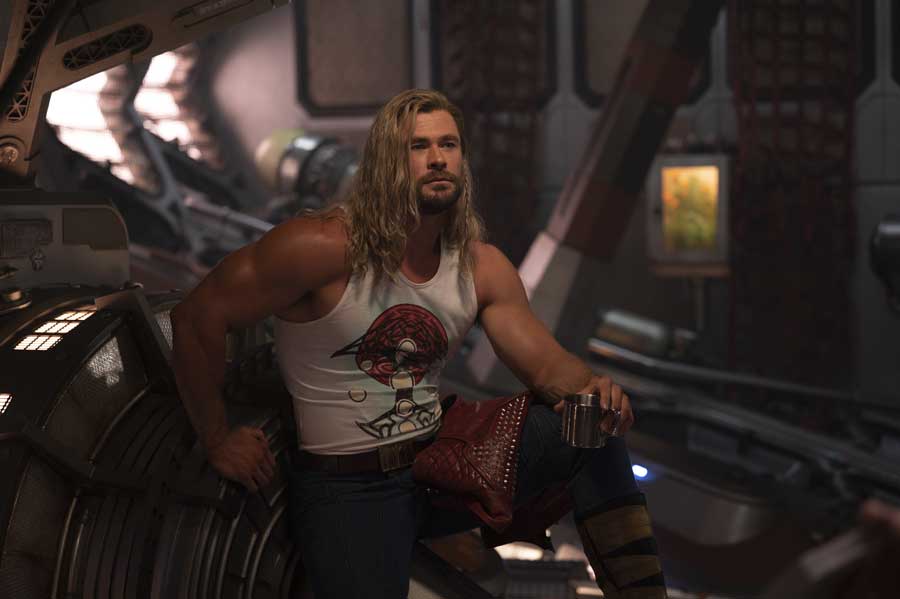 The long-awaited movie Thor: Love and Thunder hits theaters, and this is our spoiler-free review.

After the revitalization of the God of Thunder in Thor: Ragnarok in 2017 and its subsequent box office success, the character’s return was forced, even if it was a fourth installment, breaking the tradition of superhero trilogies. In the same way as in the previous film, director Taika Waititi continues with humor as the driving force behind the tone of the film, only in Thor: Love and Thunder he makes room for other dramatic nuances and shows a greater attachment to the elements that he incorporates from the comics to tell the saga of the Thor of the MCU.

To structure his story, Waititi makes use of Jason Aaron’s run with Russell Dauterman and Esad Ribic leading Thor, specifically two arcs, the one corresponding to the origin of Gorr and the mission that he assigns himself, and the one that accounts for the assumption of Jane Foster as the Mighty Thor. There are elements from other stories, such as nods to Thor: Revenant by J. Michael Straczynski and Olivier Coipel or Unworthy also by Aaron. However, it is the stories mentioned above that most permeate the story of Love and Thunder.

Although in Ragnarok we saw elements, for example, of Planet Hulk, his appearance away from the original story narrated in the comics, left a bad taste in some fans’ mouths, since they considered that great narrations had been wasted to barely use their contributions as decorative elements, such as the gladiator Hulk.

In Love and Thurnder it is different, because Aaron’s stories are as faithful as possible while considering that what is narrated here is the adventure of Chris Hemsworth’s Odinson, not that of Marvel Comics. But in doing so, he shifts the film’s prominence to two figures who are not Thor: we’re talking about Jane Foster and Gorr.

The nuanced humor of Thor: Love and Thunder

Although in Thor: Love and Thunder the light and humorous proposal established by Waititi in the previous installment continues to prevail, Jane Foster and Gorr’s camera theft brings different nuances to the plot, since theirs are tragic stories of two finite beings , who just for a moment access the power with which they can interact face to face with the Asgardian god. But it is only a momentary power.

Don’t stop reading: After Love and Thunder there will be more Thor, without Chris Hemsworth?

They both stand out and contrast with the God of Thunder despite Korg’s epic narration that at the beginning of the film tries to place him as a tragic character marked by losses: his brother Loki, his father Odin, his mother Frigga, from her Asgard home and her love, Jane Foster.

Despite this, the frenetic pace to which Waititi subjects us, the youthful attitude with which Hemsworth faces his character, the nonchalance of his powerful companions (Korg, Valkyrie and the Guardians of The Galaxy), all nuanced by the powerful soundtrack dominated by metal bands like Guns N’ Roses that alternate perfectly with Michael Giacchino’s score, the “suffering” of the God of Thunder makes little credible.

The above also makes Thor: Love and Thunder take on a romantic comedy tone, with scenes of jealousy included and misunderstandings.

Perhaps the greatest strength of Thor: Love and Thunder lies in its cast, with Chris Hemsworth in total fusion with his character, Natlie Portman who knows how to crown her time in the MCU, Tessa Thompson increasingly dominating Valkyrie and Christian Bale with a performance at the height of what we are used to.

The rest of the cast knows how to maintain the tone of comedy to which the director submits them. We are talking, for example, about Jamie Alexander (Lady Sift), Russell Crowe (Zéus) or Chris Pratt (Satar-Lord) and the rest of the Guardians of the Galaxy.

It also highlights the photography and the colors that, although the complete basic colors continue to dominate as in Ragnarok, on this occasion they find greater contrasts and transition very well to the black and white scenes.

😭 Lastly, we have to say it, the ending will break your heart.

Do not stop reading: Love and Thunder: Will Thor have to choose between the Stormbreaker and the Mjolnir?

Mexico and Argentina: two nations with one passion, comics

“They took her over and turned her into a huge pile of shit.” Jason Momoa is brutally candid about the ‘Conan the Barbarian’ remake

what the experts say about sequels

The 18-year-old model from Oaxaca who is succeeding