Review of The Invisible Agent 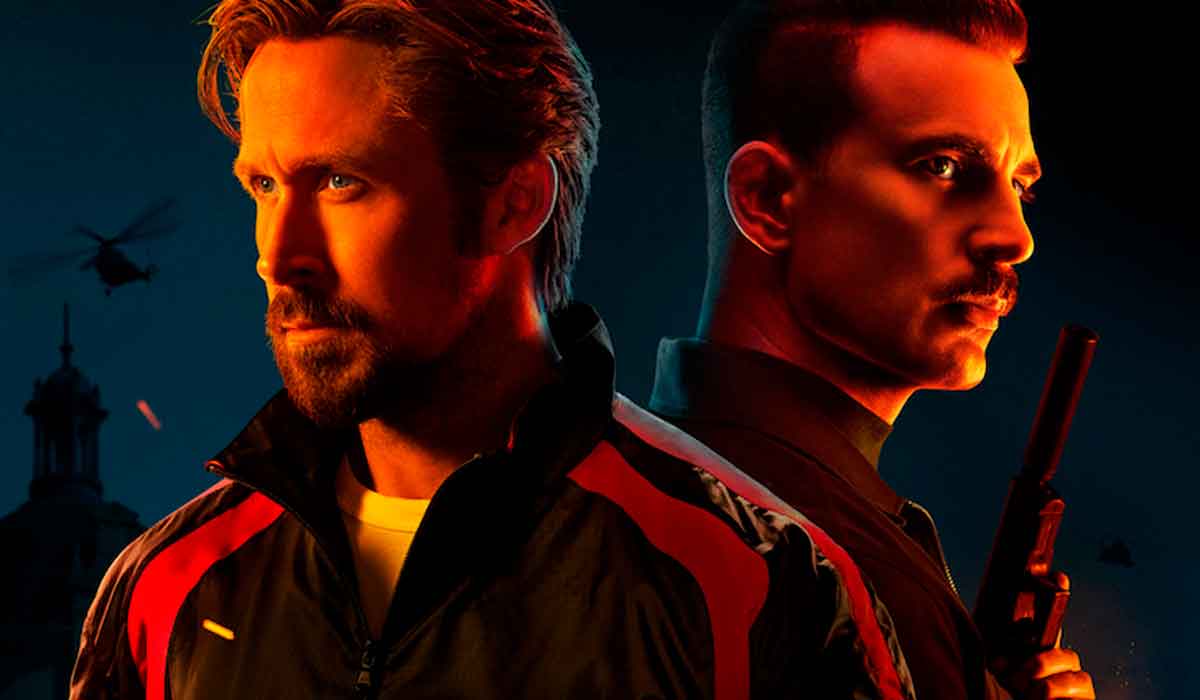 The Russo brothers return to directing after Cherrya film released last year on Apple TV, with the unseen agenta film with a lot of action

After their journey at Marvel Studios, the Russo brothers have focused their eyes on the main streaming companies, if last year they premiered on Apple TV +, Cherrythe drama starring Tom Holland, and the miniseries Citadel from Amazon Prime is in the post-production phase, this month they premiere on Netflix, The invisible agent (The Gray man)espionage tape and lots of action, based on the novel by Mark Greeney published in 2009.

adaptation of the gray man, has been written by Joe Russo with Christopher Markus and Stephen McFeely. These last ones already worked with the Russo brothers in the Marvel Studios movies, Captain America: The Winter Soldier, Captain America: Civil War, Avengers: Infinity War, and Endgame.

The invisible agent follows Court Gentry / Sierra 6 (Ryan Gosling). An inmate who is released in exchange for training and working for a special unit of CIA assassins, the Sierra, led by Donald Fitzroy (Billy Bob Thornton).

During a mission, Six discovers that his target is not who he was told it was and becomes a target by seizing an asset that would put in check his current head of operations at the CIA, Denny Carmichael, played by Regé-Jean. Page. He commissions a former colleague of Six, Lloyd Hansen (Chris Evans), to pursue him around the world, kill him and recover the asset in any way, using all the resources at his disposal. Six will have the help of another CIA agent, Dani Miranda (Ana de Armas) to cover his back.

The Gray man (The invisible agent)was a project that was about to be adapted by Christopher McQuarrie, responsible for the films of jack reacherand the latest installments of Mission Impossible. However, it was finally cancelled, until Netflix commissioned the Russo brothers to adapt it. For this they have had the help of Christopher Markus and Stephen McFeely. Writers with whom they have worked on all their films at Marvel Studios.

If you are one of those who have read the novel, you will find that there are differences between the source material and the Netflix movie. Even so, it is an action-packed film that reminds one of the best works of the directors in the house of ideas, Captain America: The Winter Soldierfor the theme of spy movies, full of action, and without the limitations that Disney can put in terms of what kind of scenes.

The film is one of the most expensive of the streaming company, with a budget of 200 million. And it will have a limited release in theaters on July 15, before its July 22 premiere on the platform. So I recommend that if you have the opportunity to do so, do not miss the opportunity to see it on the big screen, as it will be worth doing it, due to its fantastic staging and special effects.

The tape has nothing to envy to any of the latest installments of Mission Impossible or James Bond. It is frenetic, has a lot of action and unexpected twists. It also has a good development of the main character, since they reveal to you as the story progresses why Six is ​​the way he is, with a great performance by Ryan Gosling, who I had not seen so unleashed in any of his films. Chris Evans is very good as a villain, although he is a villain that he likes, since his character has some funny scenes and is charismatic as well as ruthless. Ana de Armas is brutal, she looks good in action movies, in the James Bond tape, die another day, was spectacular, and here it continues along the same lines, leaving you wanting to see more minutes in action. Also pay attention to the character of Wagner Moura (Narcos).

On the other hand, highlight the score by Henry Jackman, a composer who has also previously worked with the Russo brothers in Marvel movies, Captain America: The Winter Soldier Y Civil Warwhich also includes in its filmography the two new films by Jumanji, Kick-ass 1 and 2either Jack Reacher: Never go back.

In short, a film full of action, with good performances, which leaves an open ending for a sequel, which we hope will come, although it could also return in the form of a prequel, since this year it has been published. Saw Sixa novel that explores some of the events that unfolded before Six became the man in gray.

Synopsis: CIA agent Court Gentry (Ryan Gosling), aka Sierra Six, is broken out of a federal prison recruited by his supervisor, Donald Fitzroy (Billy Bob Thornton), Gentry was once a highly skilled death merchant, authorized by the the agency. But now the tables have turned and Six is ​​the target, hunted around the world by Lloyd Hansen (Chris Evans), a former CIA partner who will stop at nothing to take him down. Agent Dani Miranda (Ana de Armas) covers his back. She will need it.

the cult series jumps to the big screen

VIDEO: This was the marriage proposal of Maite Perroni and Andrés Tovar