Revealed the first image of a villain of ¡NAMOR! 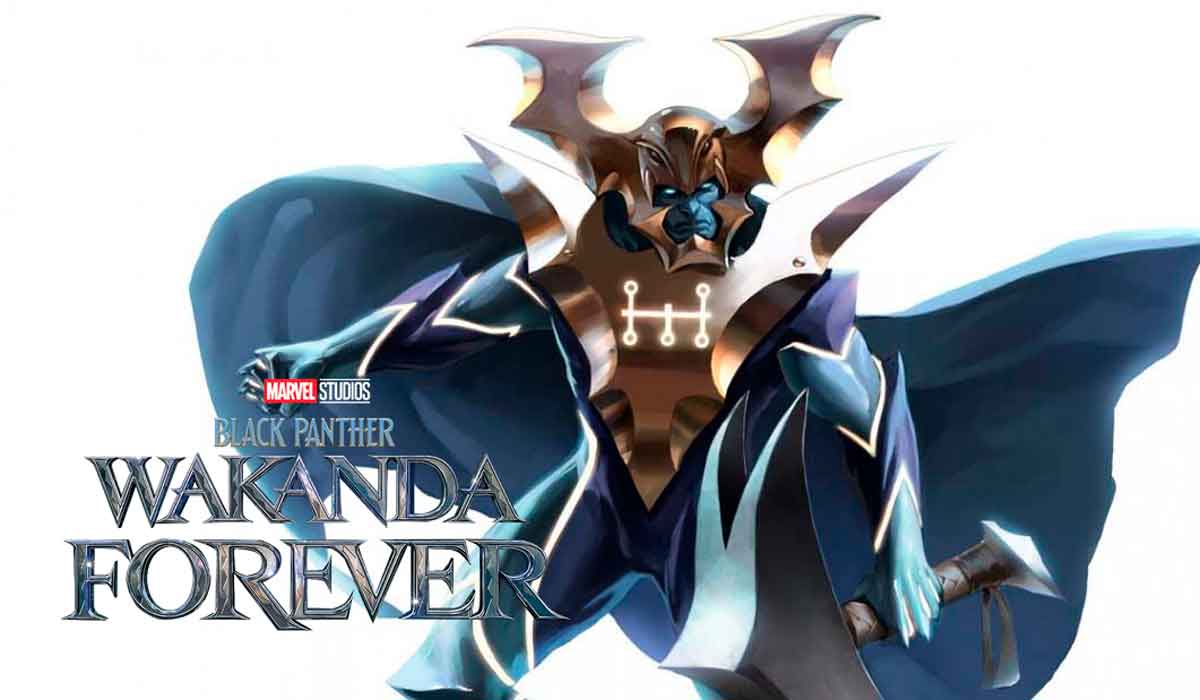 At the end of this year the long-awaited Black Panther: Wakanda Forever and already some details are beginning to be revealed

Black Panther 2: Wakanda Forever It will introduce new heroes to the MCU, as Dominique Thorne will debut as Riri Williams aka Ironheart, Chadwick Boseman’s T’Challa will be replaced as the protector of Wakanda, and Tenoch Huerta will be introduced as Namor, the King of Atlantis.

Atlantis and Wakanda have already been at war in Marvel Comics, and that rivalry looks set to carry over to the Marvel Cinematic Universe in Black Panther 2. The cousin of the king of Atlantis, Namora, and the Atlantean warlord Attuma They will be important plot pieces in Wakanda Forever as the underwater kingdom wages war with Wakanda.

Leaks have already offered a first look at how Namor will appear in Wakanda Forever, and while fans eagerly await the first trailer, new promotional art has just offered the first glimpse of Attuma.

Black Panther 2: Wakanda Forever continues to encourage the influence of the Mayan and Aztec civilization in his style with clear tribal influences in the design of Attuma. The Atlantean culture of the MCU seems to draw closely from the Mayans and the Aztecs, and it looks like the movie will make references to Tepeyollotli, an Aztec god. Attuma’s look somewhat resembles his design in the Marvel comics with the addition of some Mayan-influenced details, and a hammerhead shark skull for a helmet. It also reveals that the Atlanteans will keep their characteristic blue skin.

But who is Attuma?

Attuman first appeared in Marvel comics at the hand of Stan Lee and jack kirby in Fantastic Four #33 in December 1964. A well-known Namor villain of Atlantean origin, Attuma was born with enhanced strength, stamina, and speed into a tribe of Atlantean barbarians who were banished from undersea civilization long ago. Years later, he became the ruler of his tribe and vowed to conquer Atlantis under Namor’s rule just as an ancient prophecy foretold. There’s no telling how much of this story will eventually be adapted into the Wakanda-centric story.

Atlantis has frequently shown to be an antagonist to Black Panther and Wakandana, but Namor has generally shown himself to be more of an anti-hero than a villain. Perhaps, after a long rivalry, Attuma will be the driving force that requires the ruler of Atlantis to join forces with the Wakandans to protect both worlds.

Currently, it is not known who will play Attuma in the MCU or if he will be the main villain. So we will have to wait for more details to be revealed. Black Panther 2: Wakanda Forever hits theaters November 11.

Daniel Bisogno is criticized after undergoing treatment to rejuvenate: “He is very finished”

Depeche Mode will face mourning during the tour