Relevant moments of the trial between Johnny Depp and Amber Heard 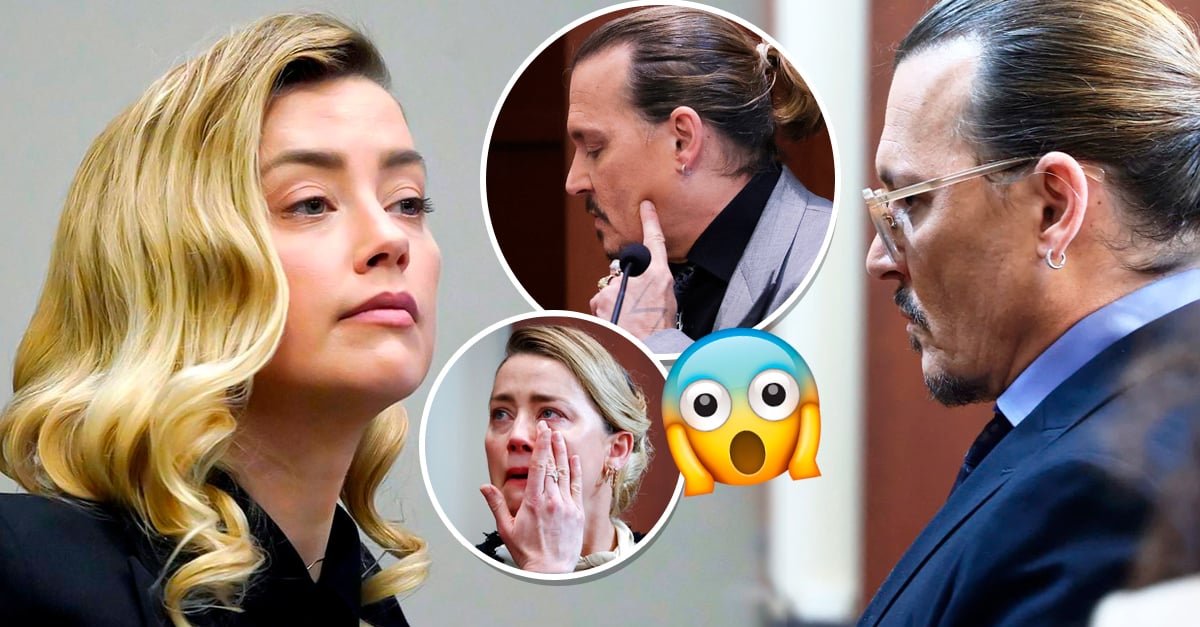 After six long weeks of the most controversial trial of all time, on May 27, the final arguments were held in the defamation lawsuit filed by actor Johnny Depp against his ex-wife Amber Heard.

From the first day, last April 11, both on television and on social networks, we were all on the edge of the sofa to see and hear the testimonies of the different versions of what happened in the couple’s relationship that the actors experienced.

Between accusations of sexual assault, compromising images and audio, truncated photographs, revealing testimonies and even bloody messages, these are the most shocking and outstanding moments of the epic trial of Depp vs. heard.

One of the things that is freaking me out the most about the trial between Johnny Depp and Amber Heard is that she literally replicates his looks the next day. 🤡 pic.twitter.com/KelrXwjCnq

Something very peculiar and characteristic that caught the attention of users was that during the first hearings, Heard dressed in a very similar way as Depp had done the day before and so on for several days. One of the most eye-catching outfits was when she mimicked the gold bee-shaped accessory the actor had worn a day earlier.

During the days of the trial, the jury had the opportunity to listen to the audios and see the recordings of the strong arguments that the couple had during their marriage. In addition, they saw the photographs of the alleged domestic violence that the actress received, as part of the evidence provided by the defenses of both parties.

Among the most relevant photographs, the occasion in which before his divorce, in 2016, the interpreter of Willy Wonka found feces in his bed and, according to him, were from his ex. But, Heard explained that, supposedly, it had been a joke in bad taste and that the excrement was from his dogs.

Other outstanding photographs in the case were those that the defense of Mera’s interpreter shared of the alleged bruises and blows to the actress’s face and body during the time she was the actor’s wife, of which it was widely speculated that they had been subjected to photoshop.

In addition, endless audio recordings were heard during the heated fights that the couple had, in which, on more than one occasion, Heard was heard calling Depp “baby” while he tried to calm her down. Even in an audio, the actress is heard affirming that she hit the head of the protagonist of Pirates of the Caribbean with the bathroom door.

Another of the most controversial pieces of evidence was the recording that Heard allegedly sold to the TMZ television network, in which the couple can be seen in the kitchen of their house while Depp hits the cupboard and begins to throw things on the floor.

Without forgetting the messages that Johnny Depp exchanged with the British actor Paul Bettany in 2013, in which he writes phrases like “we are going to burn her” and “let’s drown her before we burn her”. The actress’s lawyers said they were talking about what they wanted to do to Heard, which, on the stand, Depp confessed were dialogues taken from a humorous scene from Monty Python in which he talks about witches being burned and drowned.

Among the tests and testimonies, they talked about the finger injury that the actor suffered in Australia during the filming of a movie Pirates of the Caribbean in March 2015, in which it was alleged that the tip of his middle finger on his right hand was severed when Heard threw a bottle of vodka at him.

After the incident of his finger, they assured that the same actor began to write messages on the walls, lamps and mirrors with the blood of his finger because he was in shock.

Assault with a bottle

One of the most shocking statements was that during her testimony, Heard recounted one of the alleged sexual assaults in which her ex-husband abused her, alleging that the day she threw a bottle at him, he had inserted one into her vagina.

After a brief testimony, no longer than five minutes, through a video call, the British model Kate Moss, who had a romantic relationship with Johnny Depp from 1994 to 1998, denied the argument in which Amber Heard assured that on one occasion the actor threw her down the stairs.

Moss assured that that day, after a strong storm had fallen, she slipped and Depp ran to pick her up and ask for medical attention to help her.

During her last time on the stand, while being questioned by Camille Vasquez, a lawyer for Johnny Depp’s defense team, Amber Heard began to deny the statements that she herself said in court and in evidence. She even went so far as to deny what some witnesses said under oath in her testimony. That is why Vasquez exposed her for perjury and faced with the folly of not stopping talking, the lawyer ended up questioning her and left the actress talking to herself.

The noise that interrupted Heard’s lawyer

On May 27, during closing arguments, when Heard’s lawyer, Benjamin Rottenborn, was giving his speech about the time Depp was drunk on the island of The Bahamas in 2013 in front of the jury, he was interrupted when a strange noise inside the court.

Shortly after the noise was heard, the judge assured that it was the sound of the Amber alert, so it was heard on the phones of people who had not put their cell phones on silent.

In her final argument before the jury, Camille Vasquez declared that her client’s ex-wife is guilty of having defamed him after accusing him of domestic violence, for which she asked the members of the jury to please give the actor his life back, that they will return his good reputation so that he can continue his career. In addition, she assured that the evidence shown at the trial showed that the violent, abusive and cruel abuser was Miss Heard.

It is expected that on May 31 there will be an answer regarding the jury’s deliberation, although it is possible that if they require more time to make a decision, the judge is open to giving them the days that are necessary to give a final verdict.