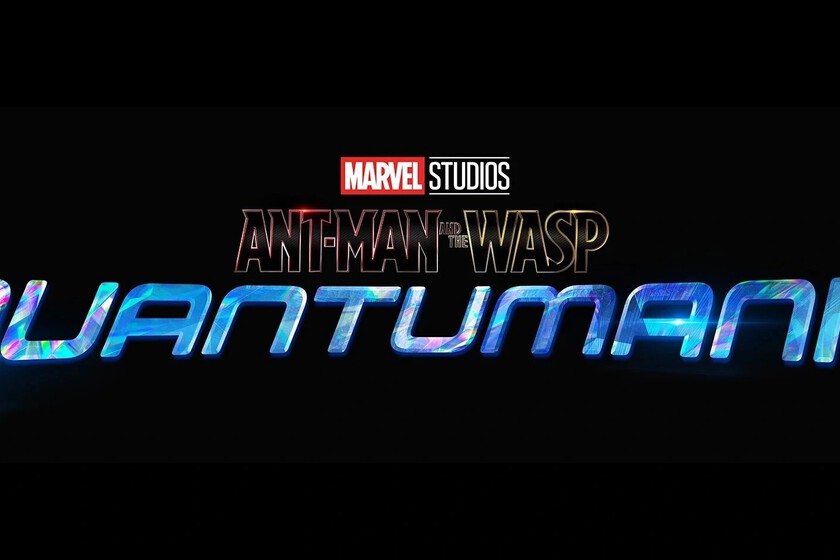 After his appearance in ‘Loki’, it was assumed that Marvel was not going to leave Kang the Conqueror, one of his most recognizable villains, outside of the rest of his epic macro-saga. For this reason, his 31st film will have him as, presumably, his main enemy, facing Scott Lang and Hope van Dyne, better known as Ant-Man and the Wasp.

If you can’t resist the urge to go to the quantum world (if you’re a comic book reader you might know it as “microverse”), here We are going to tell you everything you need to know about ‘Ant-man and the Wasp: Quantumania’. Grab a couple of Pym Particles, let’s get started!

Although the date has changed several times over time and it was rumored that he could exchange his premiere with that of ‘Black Panther: Wakanda Forever’, in the end everything seems to indicate that it will remain in the February 17, 2023, a month that appears quite calm for the industry. A priori, it will have no problem leading the box office wherever it goes.

It has to be said that its original release date was in 2022but the comings and goings with the Covid made the entire release schedule wobble: for a few months it was delayed until July 28, 2023, but soon they put it back in its rightful place: starting the wonderful year.

Cast and protagonists of ‘Ant-man and the Wasp: Quantumania’

You already know who will not miss the party: Paul Rudd and Evangeline Lilly They will be the absolute protagonists of the film, although as secondary they will be well commanded by the original Ant-man and Wasp, Michael Douglas and Michelle Pfeiffer. As a leading quartet it is the winner, but this third part keeps secrets up its sleeve.

The great controversy that surrounds this film is the one that has to do with Cassie Lang, who will have a third actress playing her. In the previous two movies she was Abby Ryder Fortson, but having survived Thanos’ snap they had to change the actress in ‘Avengers: Endgame’. It was just one scene, but the chosen one was Emma Fuhrmann.

The problem is that, when they knew that it was going to have more importance both in this film and, possibly, in the future of the Marvel Cinematic Universe, the company decided to change it to Kathryn Newton, a more experienced actress than Fuhrmann. Fuhrmann herself said in a tweet that she hoped to have some kind of role in the future of the MCU, and well, with the multiverse, who knows?

Apart from this mess, Jonathan Majors will return as Kang the Conqueror after the mess between universes of ‘Loki’. It is also expected that this will be the first appearance of a few, showing the face of a new long-term villain. And as if all this were not enough, it will also appear Bill Murrayalthough it is not yet known what his role will be.

Those who will not return will be Tip Harris and David Dastmalchianthe first due to his accusations of sexual abuse. Doesn’t look like he’s expected for the fourth part.

The director of ‘Ant-Man and the Wasp: Quantumania’

There are no surprises here either: Peyton Reed He did a kind and funny job in the other two installments, absolutely functional, and he will repeat it in this new sequel. Between Marvel movies, Reed has had time to direct two episodes of ‘The Mandalorian’, expanding your referral franchises In Disney.

Before devoting himself to the Ant-Man saga, Reed had shot a true generational milestone called ‘A por todos’ (which already has, by the way, six sequels) and early 2000s romantic comedies like ‘Down with love’, ‘Separados’ or ‘Say yes’ (remember it, it was a romantic comedy).

The one who has changed is the screenwriter, who comes straight from ‘Rick and Morty’ and ‘Jimmy Kimmel Live!’: Jeff Loveness is also a writer for Marvel comics.so in addition to putting crazy humor in the saga, we can be sure that understand the characters. Not everyone gets it.

Luckily, this was not one of the shoots that had to be stopped in the middle of the pandemic, but it did have its problems, like all of them. The script was written in full confinement and at the time of recording, after a few weeks in Turkey the whole team moved to Pinewood Studios in Buckinghamshire, where ‘Black Widow’, ‘The Marvels’ and ‘Doctor Strange’ were also filmed. Ultimately, scenes were shot in San Francisco and Atlanta.

Although the idea was to start filming in January 2021, Covid prevented it, infecting different members of the crew (but not the cast). for the shoot, Peyton Reed used the same system known to all that he already handled in ‘The Mandalorian’. Just in case you need to catch up, check out the trailer for his previous film:

The story of ‘Ant-Man and the Wasp: Quantumania’

We know little at the moment, beyond the statements of the very Kevin Feig where he made it clear that the chess pieces were placed on purpose after ‘Avengers: Endgame’, and that there is a story to tell for Ant-Man. The only thing we know for sure is that we will explore the Quantum Realm that we already saw in the second part. After all, Janet lived there for thirty years and is an expert who can guide you through it.

Peyton Reed himself has said that “It will be a bigger, more expanded film, with a very different visual tone than the other two”. Although it is unknown who will be the main villain, everything indicates that kang he hasn’t appeared just to make a reference to ‘Loki’ and that, in fact, it was in the script from the get-go.

Not much to tell at the moment It is a project far away in time. (for Marvel, at least) and we only have your logo. It starts with something, right?