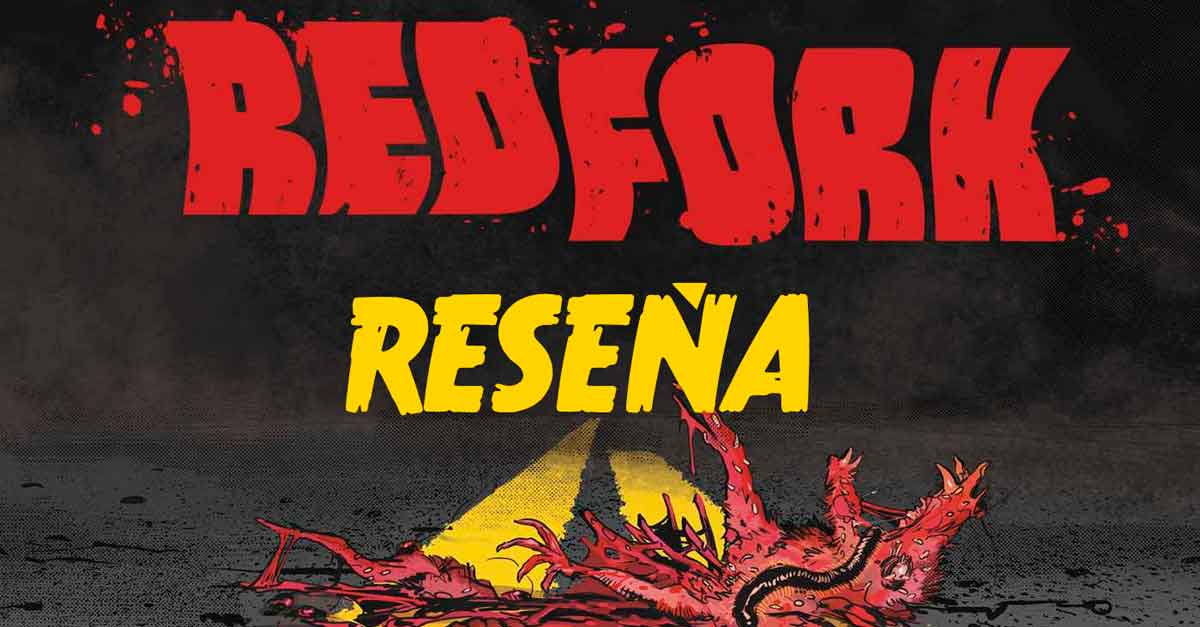 A dark secret hides in the mines of redforkand it can swallow up the entire town if no one decides to face up to the horrific truth.

As is often said of many works by the master Stephen King: “Small Town, Big Hell”. And in Redfork, alex paknadel and Nil Vendrell follow this maxim to the letter. A work that deals with family, responsibility, love, fatherhood and doing the right thing over immediate miracles that fix any problem. A horror comic with a dynamic drawing and a devilish rhythm.

Cartoons have always harbored an enormous affection for the horror genre, the suspense and tension from page to page, and the surprise of going from odd to even without knowing that there is, in short, the language of comics and terror. they have been bedfellows since the medium was born. Some of the most popular publications during the birth of comics as an adult medium were Weird Tales, we all remember Uncle Creepy. And in this twinning, great comics were born, and great problems due to their explicitness. Today, there are many stories of this genre that see the light, redfork stands out because without subverting the genre, complying with the classic rules, it leaves a deep and interesting work, as well as intense and bloody, because terror is not always a murderer with an ax or a slimy monster, sometimes they are people who they do harm

Brothers Noah and Cody made a mistake that cost the first six years of his life. He returns to fix what was broken and get away from the past, reunite with his family and start over. But the world kept turning while he was gone, the town of Redfork saw his mine run out, the corporation that owns it tries to keep it afloat no matter what, nobody knows why. Jane Paisley is the last heir to the name that forged the town, and something else. But Noah wants nothing more than to turn the page, until the mountain awakens something powerful, that repairs and heals, that changes everyone, nobody knows how or where the miracle comes from, nor its dark intentions.

Paknadel develops a plot around family and community, their relationships, their beliefs and their history. In a small city that is dying due to the change in society and technology, it fights to survive. And its residents have responded to the degeneration of the town with very different behaviors, the religious, the drug addict to forget, the one who does whatever it takes to resist even if it goes against his convictions. The screenwriter touches on many social issues in his portrait of profound America, and he does it discreetly, without exaggeration, everything by his name and with all the good and all the bad.

And there is also terror. Because despite all the social subtext, and the development of the characters and their drama, there is something strange buried, something supernatural, that mutates those relationships and distorts the discourse of the community. And it is something dark, ancient, and it has a silver tongue, and it seeks more than just freedom, there is something in the perversion, in the enslavement, in the power, that seduces even the most virtuous in enough quantity.

If the script is a small jewel of themes, the drawing is not far behind. I didn’t know anything about Nil Vendrell other than his Shirtles Bear-Fighter and I liked his ability to pose such a bizarre and make sense in a comic. Here, it is much better, more complete, it dominates the narrative and the compositions so that the reader does not escape from the story at any time.

Unique characters with their own expressiveness, very worked and with whom it is easy to empathize because of their close image as well as their plot. With a great contrast with blacks very well used in the horror plots and a lot of clarity and definition in the dramatic sequences, it leaves a kinetic and lively drawing without the need for action everywhere. And the color of Giulia Brusco enhances all this with a palette with autumnal tones that envelop the characters and the reading giving a twilight tone, the end of a way of life, that of the villages, that of traditional families from Norman postcards Rockwell. Great job creating sensations with contrasts and very powerful color selections.

redfork It’s a comic that could easily become a movie., but that is not the goal. He lives in the comic, and makes it clear that in that medium his power is incredible. A horror story like the ones from before, with something social, with drama, with something more than just monsters and scares. If you are a fan of King, 80’s horror and small towns with big hells inside, this is your comic.

Description : Returning to Redfork with a long list of sins to make up for, ex-con Noah McGlade finds his hometown blighted by opioid abuse, economic decline, and a family that wants nothing to do with him. But there’s something terrifying lurking in the endless tunnels beneath the city, and it’s up to Noah to confront his past and protect the people he loves from forces both human and horrifyingly unnatural.