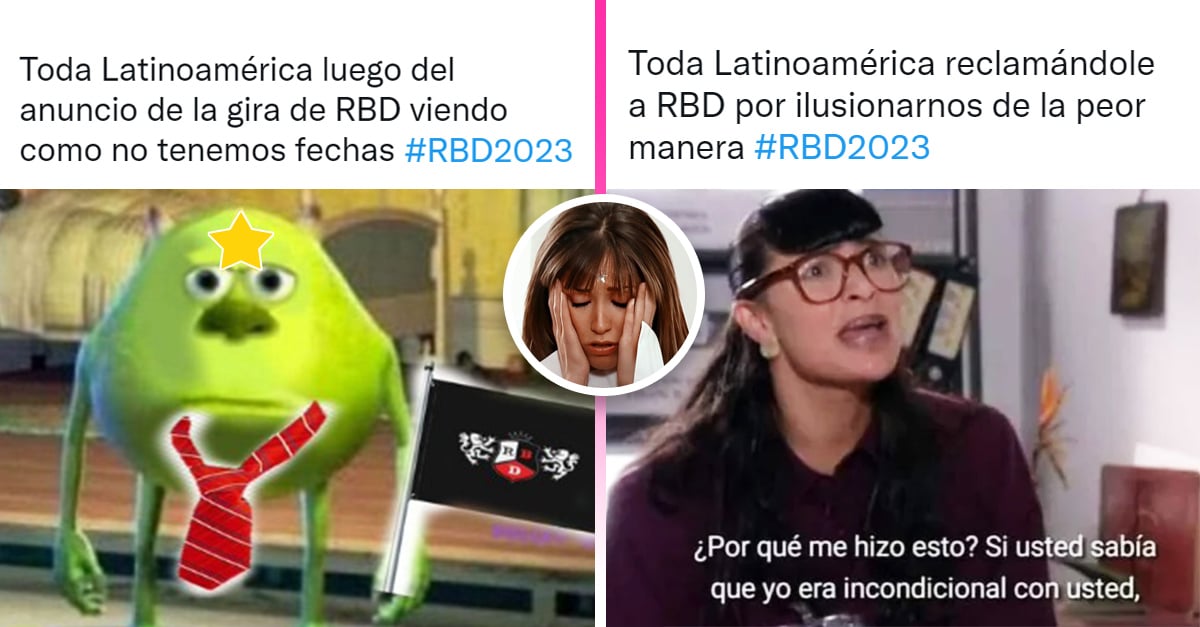 Most of us, if we weren’t fans of the RBD group, at least, we recognize that at the time it was so successful that it managed to monopolize fame in different parts of the world, including, of course, Latin America. However, it seems that the members of the group or their managers forgot this, because on the tour I’m Rebel Tour 2023 they only included Mexico, Brazil and the United States.

After many rumors of the possible reunion of the members and that Anahí, Dulce María, Christofer Uckerman, Christian Chávez and Maite Perroni announced their return, finally, on January 19, RBD announced the dates of their tour and of course the Netizens reacted to the news.

Of course, Mexico is included in the programming, more was needed. In fact, this 2023 they will close their tour in the Aztec country, giving concerts in Guadalajara, Monterrey and Mexico City. But within their itinerary, they also included two dates in Sao Paulo and Rio de Janeiro, in Brazil, while in the United States they will be in El Paso, Chicago, Denver, Las Vegas, Miami, Los Angeles, Atlanta, among others.

This announcement caused most of their Latin American fans to feel very disappointed, since they only included Brazil in their dates and not the rest of the South American countries. Because of this, on social networks, users shared their disagreement through their good sense of humor, making memes about it. However, it is worth mentioning that on her Instagram account, Anahí clarified that not everything has been said, giving hope that more dates will open.

On the other hand, it is not out of place to see some of the creative memes that became a trend on Twitter and that, of course, caused us empathy for all their fans who have longed for this reunion.

1. Latin America: “How difficult it is to be me”

2. Couldn’t you go even for five minutes?

3. Spain can’t believe it either

4. “While my mind travels to where you are”

6. They already had their outfits

7. A straight blow to the heart

9. Argentina also wants to receive them

Ricky Martin: 3 keys to his demanding training before starting each international tour

“Checo” Pérez is the fastest in training

The sense of water’ exceeds 1,700 million in collections and is already the seventh highest-grossing film in history

Here is the list of nominees for the 2023 Golden Globes