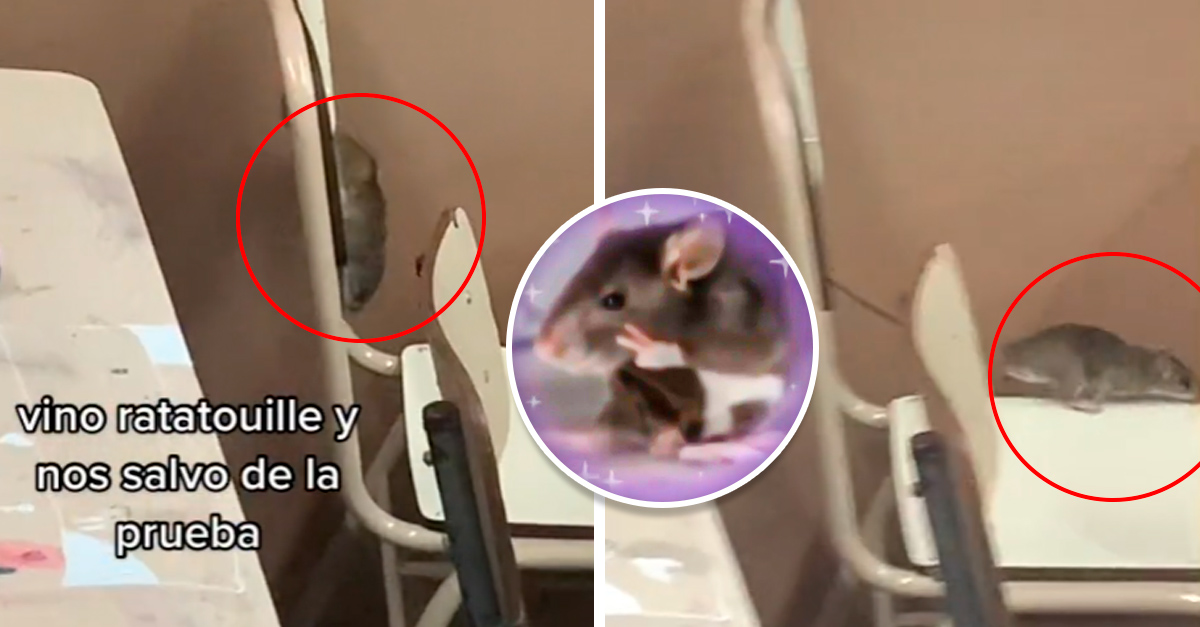 Rats are animals that cause fear and repulsion, which is why most people run away from them. The reasons for their bad reputation are varied, since they are considered creeping animals, they live in dirty places such as sewers and they are carriers of many diseases that affect human beings.

That is why it is common that when people find one of these unpleasant guests at home, they panic and climb on the table, chairs or the first safe place away from them. But on this occasion, the rat did not appear in a house, but rather the little animal snuck into a classroom, where although he scared everyone, the students appreciated his presence, because he saved them from taking an exam.

The user @santi_ramiss shared a video on his TikTok account, in which, under the title “Ratatouille came and saved us from the test”, it can be seen that a rat appeared in the classroom of a school in Argentina and He walked among the tables and chairs in the classroom. The little mouse was so keen to explore that he even climbed into the students’ backpacks.

According to what the Argentine boy wrote, that day their teacher was going to give them an exam, so the animal’s interruption was quite convenient and saved them from answering the test.

Amid screams and screams from the students, the boy recording says: “Look at the rat!” just as the rodent climbs a chair and climbs into a student’s backpack.

The clip soon went viral, because social network users found it funny that the appearance of the already nicknamed “Argentine ratatouille” saved the boys from their exam, so the video already has more than 2.6 million views and almost 350 thousand likes.