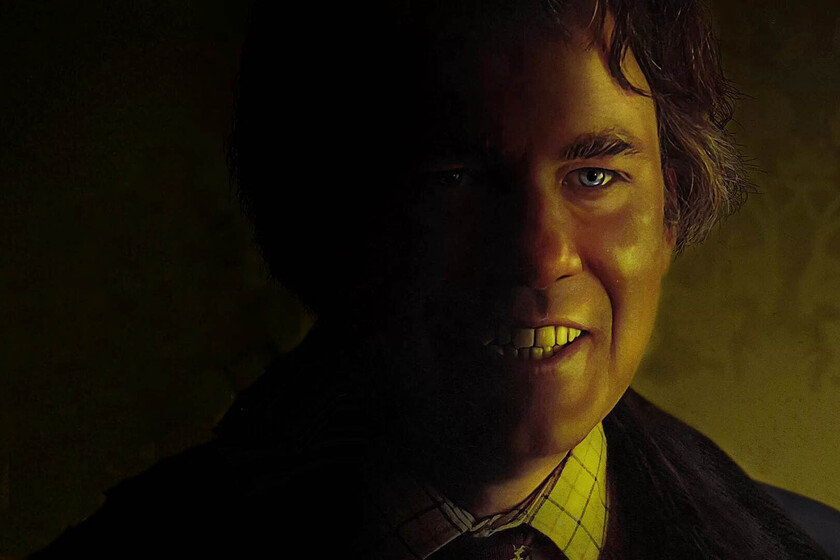 And it is that Garland’s free surrealism and lack of answers make the narratives of Robert Eggers and Ari Aster seem conventional. The author demonstrated with his first films his handling of characters within a framework where he can isolate them and alter their reality, but here he takes it to its maximum consequences, achieving a more coherent work, despite the fact that the uncertainties and lack of specificity are your main tool. What the lukewarm climax of ‘Annihilation’ or the tendency towards literalness of ‘Ex Machina’ did not achieve here breathes in a much more mature way.

‘Men’ traces Garland’s visual storytelling capabilities, making him more than just an estheteachieving numerous sequences in which the text is not necessary, a shock to his thick exposition blocks and empty dialogues of some episodes of the overextended ‘Devs’, but at the same time makes it clear that he is a literary author and treats his work as a story, or a small novel, where the limits of the text are set by the imagination and the capacity for abstraction.

And the plot is very simple, starting when Harper (jessie buckley) moves to the country to get away from the ghost of her ex-boyfriend James, whom she was in the process of divorcing when he committed suicide. She soon finds herself with a series of men who in one way or another remind her and reactivate her guilt for the trauma she is suffering, especially she is threatened by one in particular who chases her totally naked. Y it is better not to know much more.

‘Men’ has a leisurely pace and never tries to hide its intentions, neither as a horror film nor as an explicit metaphor for the psychological pressure that inherited culture exerts on women. Meanwhile, Garland manages to condense an atmosphere that manages to give goosebumps through some chilling set pieces like the one in the tunnel, with Buckley marveling at the echoes. The score by Ben Salisbury and Geoff Barrow picks up those sounds as part of the soundtrack and becomes a leitmotiv deliciously gloomy.

The entire aesthetic dimension is very well taken care of, whether it is looking at an impressive English countryside or portraying the ways in which darkness intrudes into a quiet place, macerating the permeability to the strange and the break with reality, with a great work of the cinematographer Rob Hardy who finds a way to allow the mystical folk horror of rural Britain into a familiar space, thanks to curious angles, a sense of menacing geography and portraits that express the telluric power of a seemingly idyllic place.

In addition to Buckley’s recital, we must recognize the sordid versatility of Rory Kinnear. In the skin of different men, but always managing to be uncomfortable and disturbing. The actor is a veteran of MR James adaptations and this one seems to adopt part of the horror dynamic of those, but with an addition of body horror worthy of Brian Yuzna and his ‘Society’ (1989) that will take many by surprise, with a climax that is capable of condensing with much bad milk the continuous cycle of masculine pathos and its capricious oppression.

‘Men’ is an auteur horror film taken to the extreme, and Garland takes his metaphor into the realm of the explicit, which may be obvious, but has enough loose ends to create debate and interpretation, since everything you see has to a unique and unreliable narrator with which the idea of ​​”all men are equal” that flies over the concept from its title, has more than one interpretation driven by the way the character deals with the information he perceives that with an absolute truth that the film wants to turn into a thesis.

In a way it’s a modernized remake of ‘Repulsion’ (1965) and as such it’s not meant to be taken literally, and if that one had arms coming out of the walls of a hallway, this one has traumatic memories and green men coming from of folklore and churches. It will be difficult even for great horror gourmets, but A24 has a penchant for risk and new languages ​​that will anger many and they will create a new controversial title to discuss in the future.

Unapologetically a daughter of its time, ‘Men’ uses symbolism as a trail of poisoned breadcrumbs towards a series of ideas that lead us to original sin and the historical stigmatization of women, but while never stopping crafting a hard-hitting, immersive horror filmalmost a reflection on the third act of ’28 days later’ (2002) that changes the military for masculine stereotypes that, however obvious they may seem, are no less recognizable and true.

Camilla Parker Bowles: What is the educational level of the queen consort of the United Kingdom?

This is the first preview of ‘The Little Mermaid’