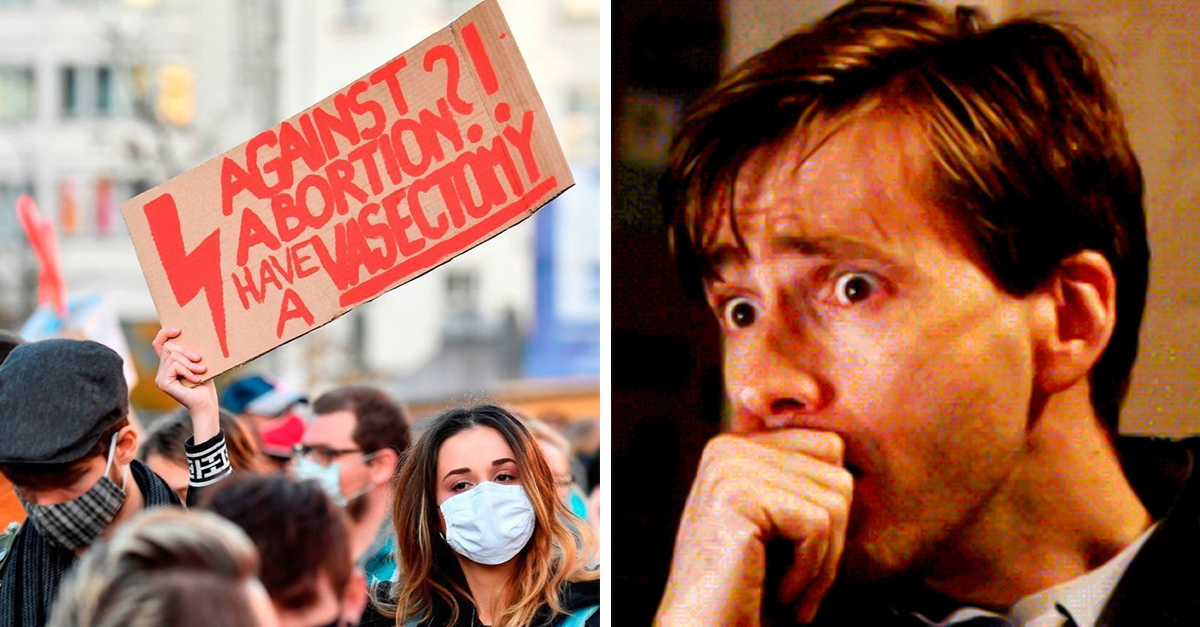 Mickey Dollens, a Democratic lawmaker from the US state of Oklahoma, suggested that politicians who pushed to ban abortions should also support reversible male vasectomies for young men.

In May 2022, Dollens invited his fellow legislators to co-author a bill that would give all young Oklahomans a mandatory vasectomy. The sterilization would only be reversed once each man could prove that they were financially and emotionally stable to be a father:

“I would invite you to co-author a bill that I’m considering next year that would mandate that each male, when they reach puberty, get a mandatory vasectomy that’s only reversible when they reach the point of financial and emotional stability.”

I would invite you to co-author a bill I am considering next year that would require every man, when he reaches puberty, to undergo a mandatory vasectomy that is only reversible when he reaches the point of financial and emotional stability.

After saying he was thinking of introducing legislation to force men to have vasectomies next year, Dollens said that if Republicans thought he was being “crazy,” maybe now they “understand how the fifty percent feel.” of the people of Oklahoma.

According to him New York Times, Last month, Oklahoma gave final approval to a bill that would ban almost all abortions from the moment of fertilization. The only exceptions are in the case of rape or incest and even then, only if they have been reported to the authorities. The move makes it the strictest state on abortion in the United States.

Following the June 24 news that the Supreme Court overturned the landmark Roe v. Wade, who constitutionally safeguarded a woman’s right to abortion, the verdict has drawn widespread condemnation, with large protests across the country and international figures speaking out against the court’s ruling.

Even President Joe Biden called the overturning of Roe v. Wade as “a sad day for the Court and for the country.” In addition, he encouraged voters to take their anger over the Supreme Court decision and channel it against Republicans in the midterm elections that will take place in November this year.

The conservative-dominated Court’s verdict is expected to lead to individual states enforcing abortion bans, so hours after the abolition of abortion rights was announced, applications from men and women seeking undergo vasectomies and tubal ligation. Even women across the country began to promote a “sex strike” against men.

we propose nine ways to combine it

Lefties and Umbro propose the coolest retro sweatshirt of the season

Dahyun looks that you can wear on an outing with friends

Brutal official trailer for House of the Dragon