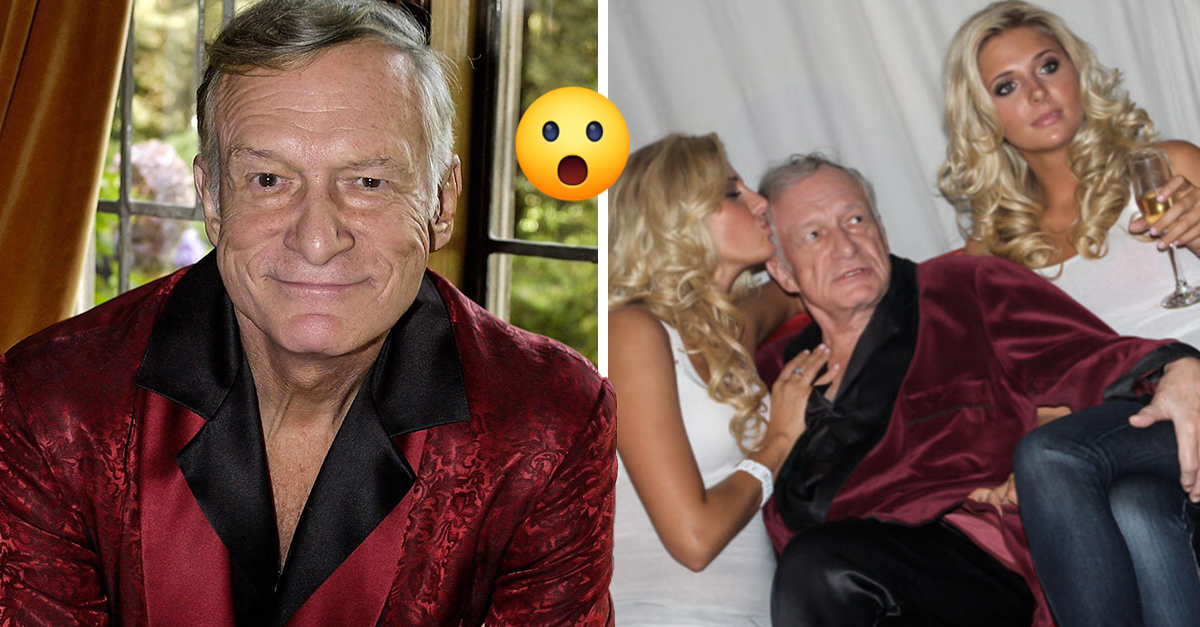 Magazine Playboy is one of the content publications for men that over the years has remained among the most popular and best-selling. For this reason, for many models, posing in that magazine was a luxury and privilege, since with this they could attend important events and have a life surrounded by luxuries.

However, in 2017, after the death of Hugh Hefner, the magazine and television mogul, many women who posed for the magazine broke their silence and revealed the terrible experiences they went through in the Playboy mansion and the abuse they received from from the creator of the adult publication.

Some of the models who in various interviews have talked about their bad experience of being bunnies were the twins Karissa and Kristina Shannon, who not only assure that their intimate experiences with Hefner were bad, but also affirm that living with him left them stressed post-traumatic and depression, reasons that led them to take therapy.

Among the most terrifying revelations about their experiences in the mansion, the twins reported that their first intimate encounter with the millionaire happened when they were 19 years old and that they were drugged. After that occasion, they were forced to have unprotected group sex and were even manipulated with alcohol and drugs.

He acted like he owned you. If we broke his rules, six guards would drag us to our room and not let us out. Hef called it ‘HMF arrest’, after his initials. He took advantage of vulnerable young women like us. She would offer you the world and then keep you trapped in his house, which was like a prison of gold.

The girls said that they had a life of luxury but that they also lived as prisoners inside Hefner’s mansion, whom they classified as “a man with a black soul”, since they had to lie down one on each side of him and they had to call him ” dad” while he called them “my babies”. Also, he wouldn’t let them back into his room until the early hours of the morning, when he told them to.

Karissa and Kristina lived in the Playboy mansion for two years, during which time they lived full of luxury, fun and glamour, but also realized that drugs were used there and that it was also a place where everyone they had unprotected sex, a life full of excesses.

During her experience with the millionaire, Karissa assured that from her intimate encounter with Hugh Hefner, when she was 19 years old and he was 83, she became pregnant, but that she decided not to continue her pregnancy and aborted it.

I found a clinic in Los Angeles to have an abortion. I had Hef’s security people drop us off at the mall, pretending we were going to go shopping. Then I called a friend to pick us up. We were able to keep it a secret.

When they found out that Hugh died on September 27, 2017, the twins say they couldn’t help but feel sad, but they took a deep breath and a part of them felt relief, because he would no longer ruin the lives of other girls as it happened to them. .

It won’t ruin any more girls like us. I thought ‘Playboy’ was a big family, now I can see it was a cult.

Currently, the girls are 33 years old and have plans to sue the Playboy company for all the emotional damages and anguish traumas that led them to require professional help.

They reveal the face of the oldest woman in history

Riverdale actor who killed his mom fears for his life in jail; “maybe they abuse him”

Ben Kingsley will return as Trevor Slatry to the series

good, pretty, cheap and for only 12 euros

First reviews of I Am Groot, the new Marvel series

Baked Chicken Wings with Garlic and Parmesan Cheese Recipe: A Combination You Will Want to Eat Again and Again