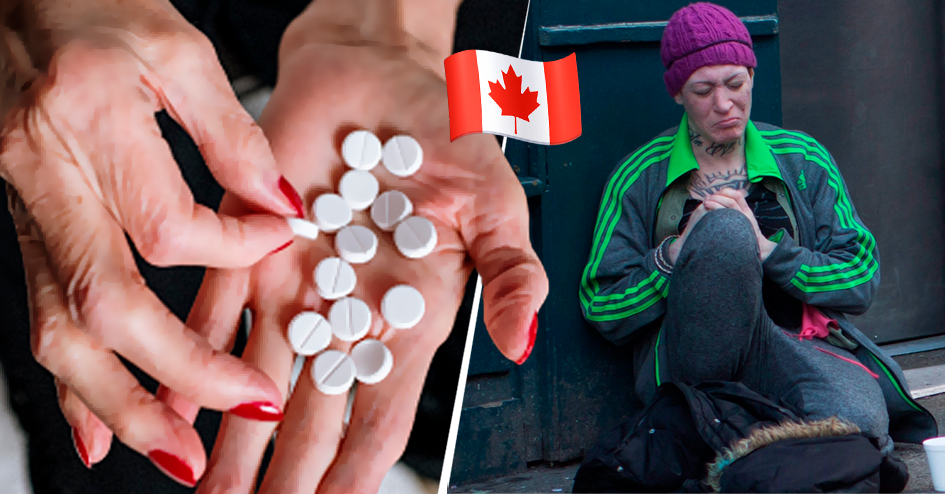 According to data from the Canadian federal government, an estimated six people die from opioid-related poisoning every day in British Columbia. For this reason, it has been thought of as a prerogative to reduce or eradicate the consumption of narcotic drugs.

On May 31, Canada announced that it will decriminalize the possession of small amounts of hard drugs in the province of British Columbia, this as a pilot program to reduce the number of deaths that exist due to drug use.

Today, after careful consideration, taking into account both the Public Health and Public Safety impacts, I have granted B.C’s request for an exemption under the CDSA for personal possession of small amounts of some illicit drugs. pic.twitter.com/LEALGsWrm2

Today, after careful consideration, taking into account both public health and public safety impacts, I have granted British Columbia’s request to make an exception under the CDSA for personal possession of small amounts of some illicit drugs. .

With this petition, they seek to establish a treatment for addictions and reduce, among other things, arrests and deaths from overdoses. In response to this, the federal Minister of Mental Health and Addictions, Carolyn Bennett, reported that on January 31, 2023, the exemption to the law will come into force, which will allow the possession of opioids, cocaine, methamphetamines, among other hard drugs, for a period of three years.

This means that adults living in this province cannot be arrested or imprisoned for possessing personal doses of 2.5 grams of hard drugs nor will they be seized by any police officer. On the contrary, they will be given information to receive help and treatment.

On the other hand, there are those who do not agree with the initiative, since it is considered that the daily consumption of these narcotics is much higher than that proposed. However, the minister believes that it is a good starting point. In addition, she assures that doing this will save lives and also give drug users dignity and decision-making capacity.

If so, next year, British Columbia will become the second jurisdiction in North America to decriminalize drugs, as we remember that Oregon, in the United States, was the first city to do so in November 2020, although, according to critics, they are Few people underwent addiction treatment. For this reason, in Canada it is necessary to collect evidence to know if the pilot program works.

Several cities in the country have expressed their desire to obtain said exemption. However, it is thought that by presenting the proposal to Parliament, to decriminalize drug possession throughout the country, it will be rejected.

Plane lands in an emergency because the pilot felt bad