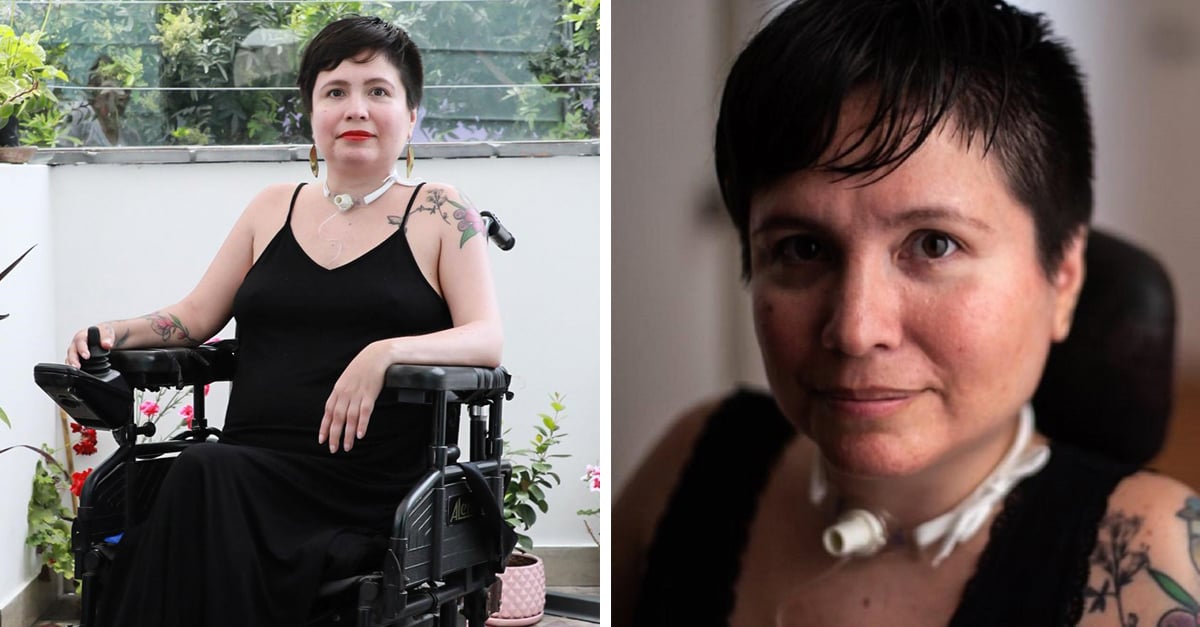 The Supreme Court of Justice of Peru ratified the right to euthanasia for Ana Estrada, 45, who suffers from polymyositis, a rare incurable disease that progressively attacks her muscles. After so much fighting, she has finally won the fight to die on her terms.

An activist, writer, poet and psychologist, Ana has been fighting polymyositis for more than 30 years, a condition that gradually took away her ability to walk, move her arms and breathe on her own for just a few hours a day.

In February 2021, a Lima constitutional court ruled in her favor, making her the first and only person to be granted an exception to the national ban on euthanasia, an extraordinary advance in a majority-Catholic country where it is punishable. Up to three years in prison for anyone who helps someone else to die who requests it. However, in Ana’s case an exception will be made.

With four votes in favor and two against, on July 14, the Supreme Court ratified the sentence of the right to a dignified death of Ana Estrada. However, the ruling of the judiciary does not resolve the way in which euthanasia should be applied, so it is a pending issue in the case. In addition, the protocol to develop the medical procedure remains to be resolved.

Through her official Twitter account, Ana shared her joy at the historic decision of the Peruvian Judiciary to allow her an assisted death. In addition, she took the opportunity to thank each and every one of the people who were by her side throughout her struggle to be granted access to a death in dignity.

According to the newspaper The Republica, since she was 12 years old, Ana Estrada has suffered from incurable and progressive polymyositis. In 2019, she began her court battle to be allowed to decide to end her own life.

Represented by the Peruvian Ombudsman, Ana’s case went to court. The agency filed an amparo lawsuit to prevent the government from applying the ban on euthanasia in the particular case of the psychologist.

Shakira and Gerard Piqué go to court to sign a divorce

Alexa Dellanos reveals her underwear while traveling in a car