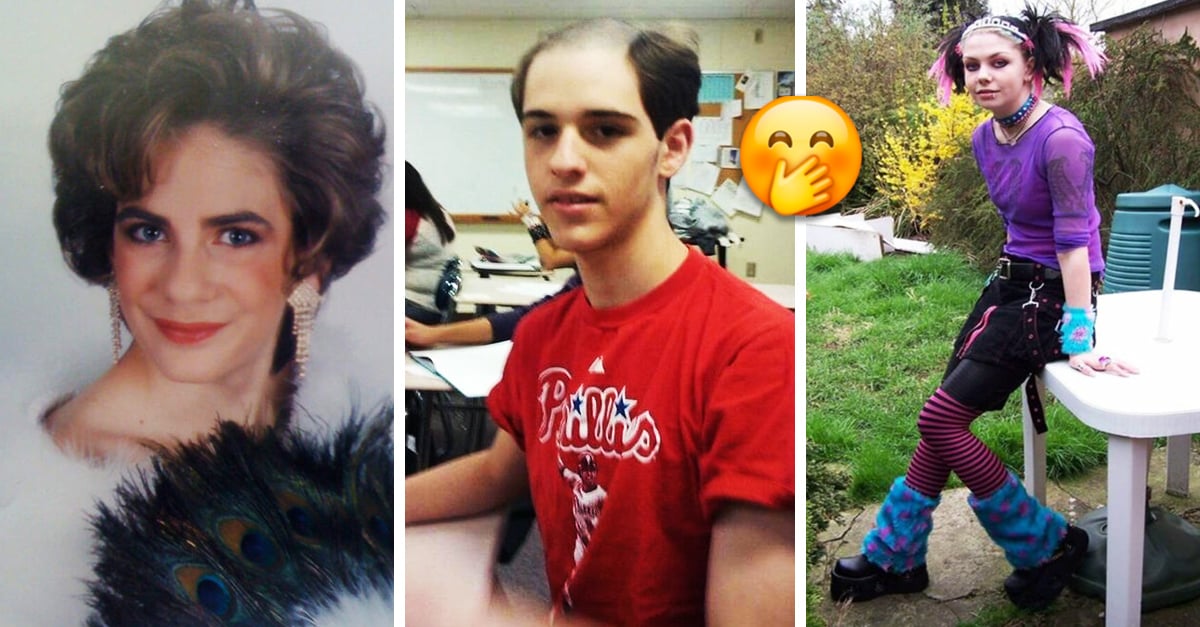 Let’s admit it! We all have one or another embarrassing photo from our past that we would do everything possible to never see the light of day. Contrary to us, however, there are also those who flat out didn’t care about “what they say” and decided to brave the cruel world of the Internet, sharing their most ridiculous moments captured by the camera lens for posterity.

So get ready for a dose of laughter, because in the following list you will find 25 people who thought they were very stylish, but over the years they realized how ridiculous they looked.

Me at 14 years old. I wanted to know what I would look like when I started going bald.

In fifth grade, I was worried about blinking and messing up my yearbook picture.

3. Too much flow in a single photo

My cousin and I dancing to an Eminem song.

When you look like you’re over 40 but you’re actually 12.

5. Maybe because you are his son

I think I reached my peak when I was 15 years old. I don’t know how my mother could go out with me in public.

6. The sacrifices we make in the name of beauty

I was 16 years old and yes, that was my real hair. I still think it’s great, even though I dropped almost everything.

In high school, I went through a phase of excessive use of belts. For some reason, I thought the more I wore, the cooler I looked. I found out later that it wasn’t.

8. Whoa! She doesn’t look too impressed

I tried so hard to impress the girl I liked. She put all the best she had on me, even the belt buckle.

9. Good thing he “had his permission”

This is the photo of my husband that I like the most. He was 20 years old. I uploaded it with her reluctant permission.

I remember I really thought I looked good.

11. It’s good that it looks better on him

I still cut my hair by myself, but it looks better on me now.

12. At least she had the sandals that went with the kimono

My graduation outfit was a polyester kimono that I bought at Disneyland with what little money I had left.

13. Wow, those leg warmers and that James Sullivan wristband!

My girlfriend allowed me to post one of her fashion blunders. Year 2002.

I went to school like this more than once.

15. Recycling will never go out of style

Five years ago I thought it would be a good idea to make an original dress and wear it to school. It was made of garbage bags and duct tape. I thought I looked great.

16. As cute as his guitar Hello Kitty

Photo shoot to promote my first band’s Myspace page. She was 16 years old and was wearing women’s clothing.

I was going through some high school photos and the expression on the girl in the back says it all. I have a lot of photos of this style.

My parents allowed me to walk around with this haircut for two years.

19. What elegance from France

I entered my Myspace after 10 years.

They called me Professor Snape.

22. Anarchist and Super Saiyan in one

I used to walk the streets talking about anarchy… This is about 2003. I walked like this.

I found this photo of myself from 15 years ago hanging in my grandmothers house today on Thanksgiving.

24. I admire your great commitment!

When I was 13, I went to a party where the men had to dress as women and vice versa. I am ashamed to say that I may have gone too far.

25. His shirt was wiser than him

I should have listened to my shirt.

‘Espejo, mirror’ (2022), review: Santi Millán is the reflection of everything that is going wrong in Spain in a comedy that is never what it seems

10 outfits for you to show off your pregnancy Rihanna style