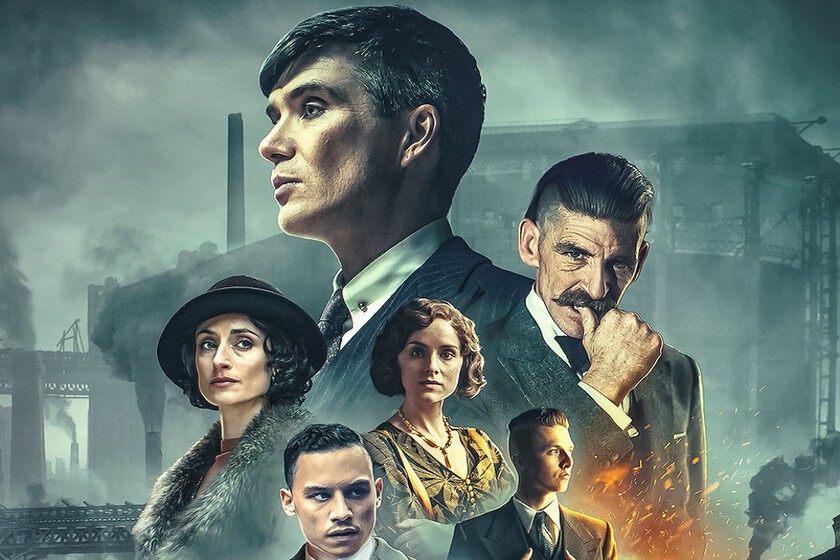 It’s here. The sixth and final season of ‘Peaky Blinders’ finally arrives in Spain at the hands of Netflix. Patience we have had its followers, because it has been more than two months since the final episode of the series was released in the United Kingdom, so the spoilers have flown freely on the Internet.

However, in the rest of the world there has been no choice but to wait until June 10th to see how the story of Tommy Shelby and company was resolved. Well, I already warn you that it is not a definitive closure, since the making of a film with which to fire ‘Peaky Blinders’ in style (and perhaps also serve as a point of reference to make some other spin-off).

There are no specific spoilers below, but you may want to wait to read the review until you’ve seen the season.

The sixth season of ‘Peaky Blinders’ is, more than ever, the story of the character played by Cillian Murphy. And it is that this last installment focuses mainly on his personal demons, from how Polly’s inevitable disappearance affects him to other elements that place him in a position of weakness that he himself has to manage as best he knows how.

That can lead some to miss a greater presence of action and confrontations, especially in the wake of that attempt to finish Mosley at the end of the fifth season that did not go as Tommy expected. And it is that the Shelbys have always had their days numbered, but now it is something in which Steven Knightcreator of ‘Peaky Blinders’, has a clear impact to increase the feeling of farewell left by these six episodes.

As a result, the series further emphasizes that style that captivated millions of viewers, but it has been doing so since a somewhat more relaxed approach, reveling in the force of the images without these necessarily having to be accompanied by those explosions of violence characteristic of ‘Peaky Blinders’.

In fact, season six is ​​mostly the promise of what doesn’t come until the final episode. Tension is always in the air -in this regard I especially love the total lack of tact of the character played by Amber Anderson-, but at the same time it is something that is sometimes diluted by the multitude of open fronts without giving the due importance to many of them.

There it goes again the absolute predominance of Tommy, to the point that the season flirts more than ever with the possibility that his downfall will finally come and everything that is necessary for it to occur. I won’t go into details there, but Knight makes use of a perhaps unexpected plot device but that in its own way fits very well with the evolution that the character was having in previous seasons, especially in the fifth.

Other details of the end of ‘Peaky Blinders’

I would not be surprised if that is precisely why the director Anthony Byrne be the first to repeat in ‘Peaky Blinders’ from one season to another. Until now, each delivery had a different person behind the cameras who gave a different energy to their stories but always maintaining very clear identity signs.

Byrne takes a step further what he already proposed in the fifth, which means that style sometimes prevails over substance. I suspect that there will be those who are bothered by that, as it also serves to subtract minutes from development of other plots or so that certain characters do not appear as much as we would like -some even disappear without any explanation!-, but the objective of the season is clear entry and does not make concessions.

And it is that this is something that even affects the attitude of the protagonist, something perceptible from the first episode and that is maintained until the end. His great intelligence is still there, but the most visceral side of him has been muffled to go on influencing his weaknesses, many of them the result of the weight that he has been carrying on his back. Eye, andThis does not prevent him from continuing to bring out his deadliest vein…

Season 6 is a great finale for ‘Peaky Blinders’, but it falls far short of the perfect ending its director had sold us on. There are several loose ends that he will have to recover in the film, but what is clear is that this leaves no taste of definitive farewell. There are still things to tell.