Paul McCartney shows his support for Johnny Depp in concert 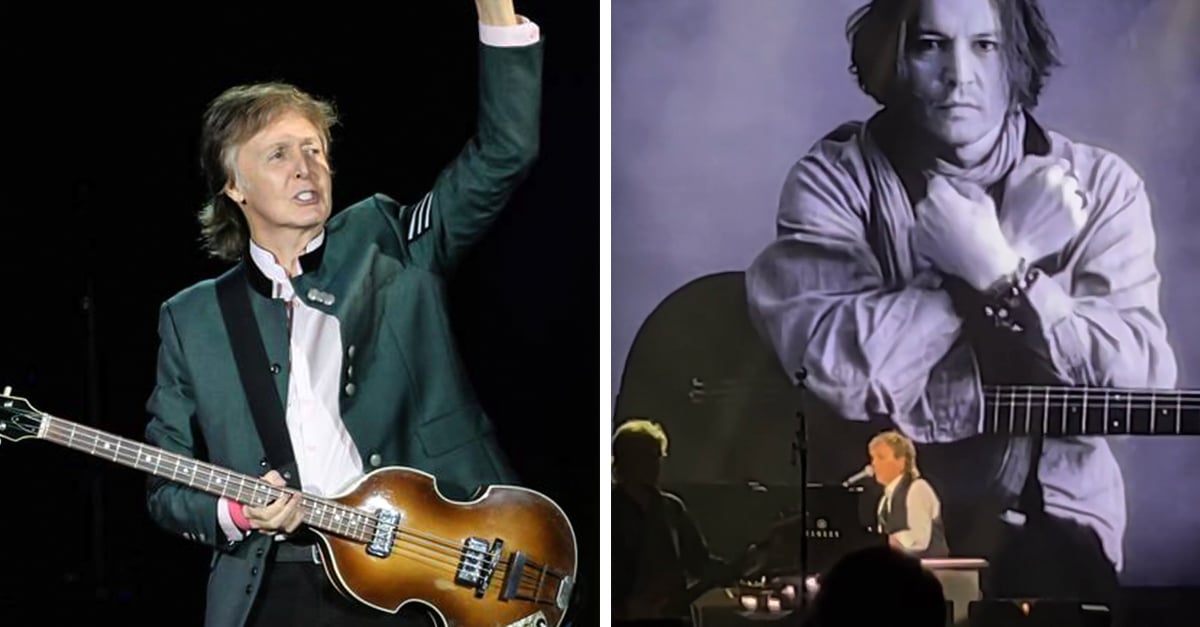 The long-standing friendship between Paul McCartney and Johnny Depp is no secret to anyone, which is why, as part of the actor’s defamation trial against his ex-wife, Amber Heard, the ex-Beattle wanted to show his support for the star of Pirates of the Caribbean at one of his concerts.

Last Monday, May 2, McCartney appeared at the Climate Pledge Arena in Seattle, Washington, United States, where the musician performed the song My Valentine, with a video of Johnny Depp in the background.

The black-and-white video played on a screen behind McCartney as he performed his iconic theme song. The footage corresponds to the official video of the song, in which Johnny Depp and Natalie Portman recite the verses of the ballad in sign language.

The moment was shared on Instagram by philanthropist and model Jill Kristin Vedder, wife of Pearl Jam frontman Eddie Vedder, who was in attendance at the concert. Vedder accompanied the post with the following words:

It could be controversial to post this video with JD I don’t care. I know him for being a gentleman. And while I support women and the ‘MeToo’ movement, I also know some women who have destroyed the lives of good and innocent men. PS Verbal abuse isn’t great either… watch your tongue.

McCartney and Depp have been longtime friends and collaborators. In fact, the star Alice in Wonderland also starred in the singer’s videos for the songs Queenie Eye Y Early days. In addition, the exBeattle made a cameo in the fifth installment of Pirates of the Caribbean: Salazar’s Revenge.