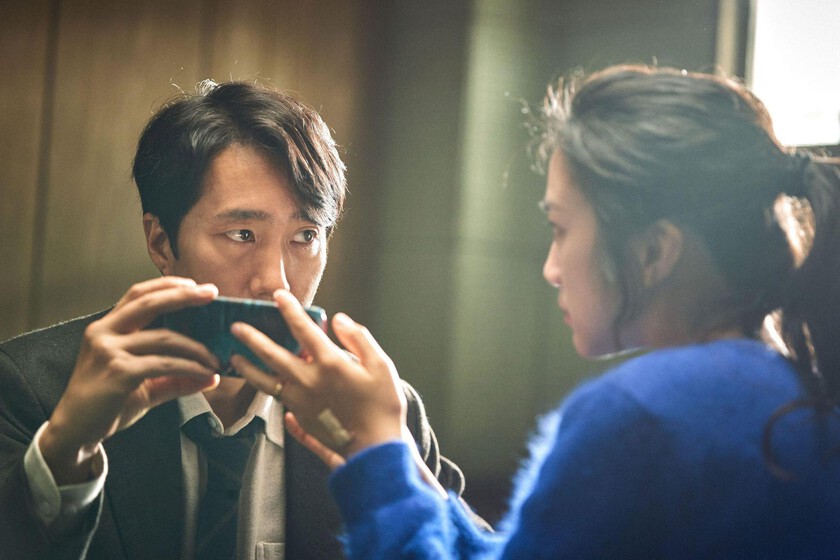 Two editions ago, Bong Joon-ho triumphed at Cannes with the black comedy ‘Parasite’, becoming the first Korean filmmaker to win the Palme d’Or (later he would also make history at the Oscars). In this 75th edition, South Korean cinema once again makes a splash with ‘Hunt’, Lee Jung-jae’s directorial debut, ‘Broker’, a Korean production directed by Hirokazu Kore-eda, or ‘Decision to Leave‘, the new of Park Chan-wook.

This is the fourth time that the South Korean has competed in the Official Selection, where so far he has only won the Grand Jury Prize, with ‘Old Boy’. Park has a similar sense of humor to Bong, leading to films with delicate tonal balances, although he has been less interested in reflecting social aspects in his scripts. He is more attracted to talk about twisted crimes and romances, full of twists and surprises. And ‘Decision to Leave’ is no exception.

In fact, there is a very funny scene where a character seems to refer to the director himself by pointing out that he is only happy if there are murders. The new thriller from the author of the “Revenge Trilogy” starts like many police stories, with a couple of detectives with very different personalities faced with the challenge of solving a very strange case.

A man has died after falling from a mountain. And from the beginning, the most serious and thorough researcher (Park Hae-il) notices that there are things that do not add up and suspects that a homicide has occurred. When it seems that this character, presented as the hero, has everything under control (including a happy marriage, something that we are told is complicated in Korea) his world dramatically destabilizes after meeting the wife of the deceased (Tang Wei).

The peculiar attitude of the woman, a Chinese immigrant who practices Korean by watching soap operas, arouses the policeman’s curiosity. She soon she feels an unexpected and dangerous crush. His obsessive search for the truth is inevitably intertwined with a process of falling in love that changes everything. The more he knows her, the more he attracts her. However, what Park shows us, and what our intention as a viewer tells us, is that something smacks of singe and we are facing a “femme fatale”.

Following the tradition of this type of female characters in film noir, this possible psychopath, this “black widow”, seems to share the feelings of the detective and they start a relationship that seems perfect for both of them. She helps him solve crimes so he can sleepie find peace. Sadly, there’s a major turn of events just around the corner… and then a couple more.

Park Chan-wook plays from the beginning with our expectations and dressed up as Alfred Hitchcock to squeeze the suspense out of a story that never stops getting complicated, tense, always going further and blowing our heads off with the next twist. While he develops the criminal plot, he involves us in the connection of the protagonists in such a way that, although we know that this cannot end well, that their love is doomed, you are wishing with all your soul that it does not happen. And that’s where this movie wins. sophisticated and exciting.

‘Decision to leave’ is one of the most brilliant works of its author, one where he combines his main themes and obsessions, where he feels inspired to bring out the best in himself as a storyteller. Those comedic touches with which this dramatic thriller with a heart of melodrama is exquisite are exquisite, so absorbing that instead of 138 minutes you would want to be watching a miniseries of several hours (the opposite of what happens with most titles in competition).

Taking into account the previous success of Bong Joon-ho, it seems perfectly possible that a cocktail as elaborate and ingenious as the one proposed by ‘Decision to leave’ would receive an award, it would be the most fair thing to do, but I doubt that it has a real chance of winning the Palm Gold. In an edition where the president of Ukraine participated in the opening ceremony and the jury underlined his commitment against fascism, it seems that they will opt for a story of strong criticism aimed at the public’s conscience. And ‘Decision to Leave’ is something else: it’s pure entertainment cinema on GOD LEVEL.

Dominion’ tells how he made that decision