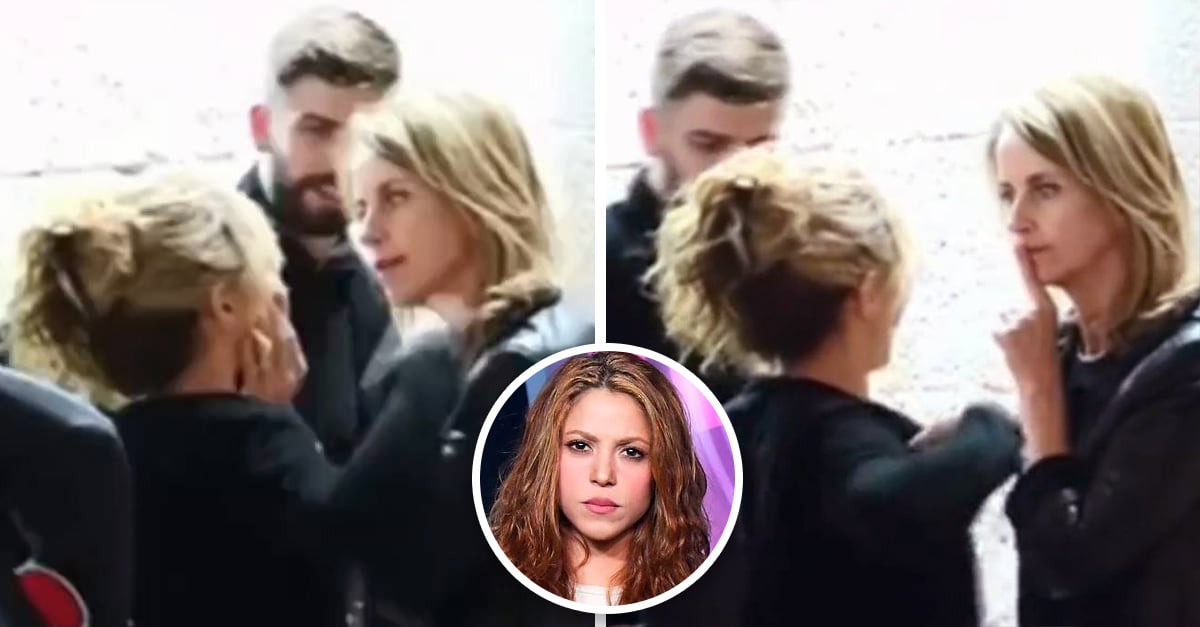 Perhaps the topic has already become a bit overwhelming, but gossip calls and there is always time to get where we are not called. Furthermore, if we venture Crown of tears In primary school, we can deal with the scandal of Shakira and Montserrat Bernabeu, Gerard Piqué’s mother, as a video came to light where the singer’s ex-mother-in-law assaulted her in front of everyone in a public space.

Initially, when “the queen of Latin pop” gave Montserrat Bernabeu a free right hand in her most recent song with Bizarrap, it made us question their relationship, since it was well known that peace reigned between them. However, more and more rags are coming out in the sun, like the recording where Montserrat takes her ex-daughter-in-law by the face and silences her with a face like a Televisa villain.

This evil being always gave me a bad feeling. Poor @Shakira Good thing you opened your eyes. pic.twitter.com/FOoG1aAqwg

The violent reaction took place during an event in which the former soccer player was awarded the Best Catalan Sportsman, an award that he dedicated to his parents through tears. The Colombian also attended the award ceremony, who was divine wearing a shiny dress with large openings on the sides.

It was precisely this outfit that supposedly caused the fury of the former Barcelona defender, since that day Shaki was not wearing a bra, which affected his fragile masculinity and even his mom had to intervene for him. Putting all the pieces together, we assume that the interpreter of Blackmail She refused to cover herself until Bernabeu applied Itachi’s to silence her.

The moment has made the networks burn in impotence and courage, because in addition to the violent subtext that Dr. Montse’s act reveals, the fact that Piqué did nothing to defend his wife makes us hate him more (if that is true). still could).

Finally, little by little we are understanding why our favorite wolf is clawing left and right. Not for nothing did she call her beloved ex-mother-in-law a “witch”. That is why in the networks we see so many comments of support for the singer-songwriter, as an example we leave you the following:

‘My mother-in-law grabs me like that and the shit I put on her’; ‘Wow! This image blew my mind. How the mother-in-law sees her and grabs her face and the other useless just watching ‘; ‘The thing about the witch on the wall was too small for that old woman.’

18 graffiti so impressive that they seem taken from a horror movie.

Alba Díaz has the look that brings together all the favorite trends of the new season (and her sneakers are the most sought after at the moment).

Nine prefabricated houses that are a more economical, sustainable and functional alternative than a traditional one