Out of jealousy, a man crashes a truck at his wife’s house 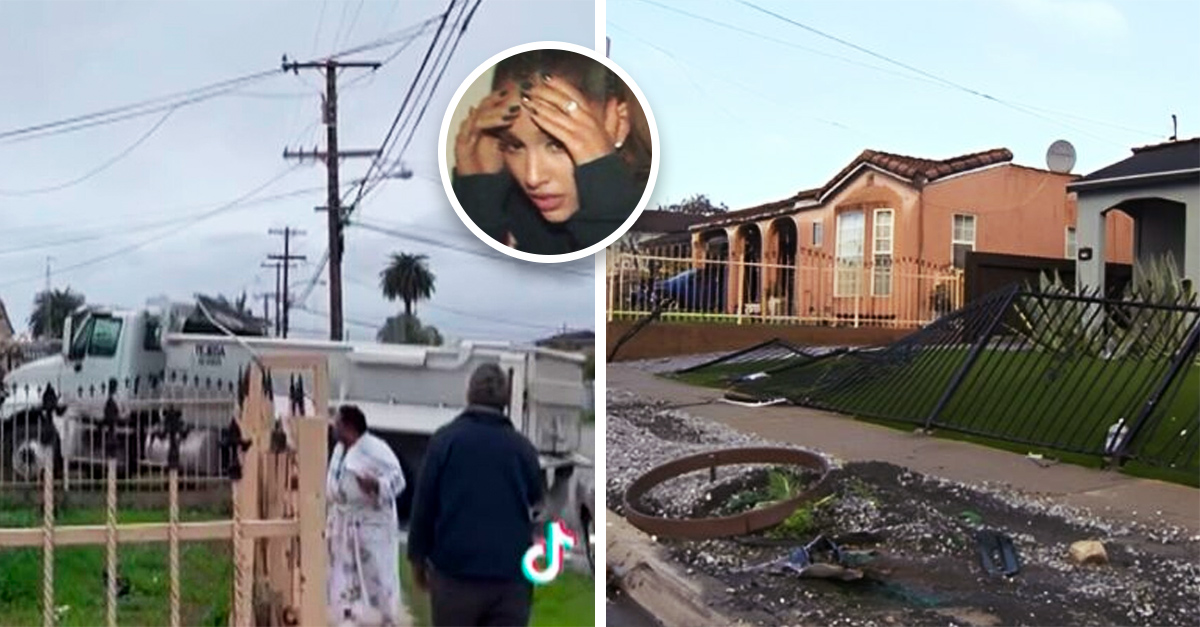 For better or worse, there is always something new to discover on the Internet. The latest comes from Los Angeles, California, United States, where a man has caused an uproar after engulfing his wife’s home with a garbage truck amid a chaotic divorce lawsuit.

Patricia Dunn, 67, and Ronald Dunn, 62, are going through a separation process, which is why the enraged man decided to crash the truck into his wife’s house. The woman claims that her husband was trying to kill her.

In the video taken by witnesses, the man is seen driving the garbage truck to his ex’s house in South Los Angeles on January 15. He then reversed and hit at least two cars in the street as a woman was heard yelling “What is he doing!?”

In interview for ABC7, Patricia said earlier this month she obtained a restraining order against her husband while they were getting a divorce, but after filing the legal documents, Ronald became even more enraged. Finally, the woman added that she even fears for her life and that she plans to sell the house.

I don’t even want this house anymore. I want to put it up for sale and move on because I don’t feel comfortable here anymore. I don’t know, I could go back. Who’s to say it won’t? A man who is under that kind of anger, who can say what he might do? He was trying to kill me. He really he was.

A woman in South Los Angeles says her husband crashed into her home with a car, and returned with a dump truck and rammed her home again

They are going through a divorce and and she says she fears for her lifehttps://t.co/eZ56U9cRrb

Meanwhile, the sheriff’s office said it continues to search for Ronald Dunn on vandalism charges while it investigates how he obtained the dump truck.

This is what is known about the disappearance of Cartoon Network