OnlyFans Mexican model pays for chemotherapy for a young man 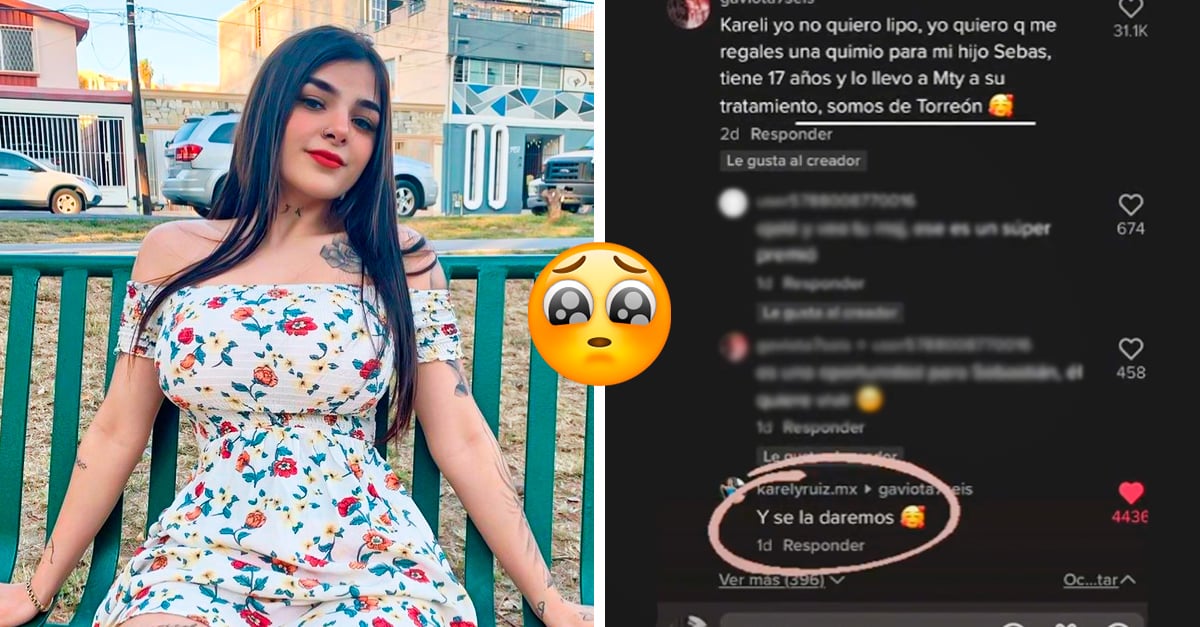 OnlyFans Mexican model Karely Ruiz recently reached three million followers on TikTok. In addition, her account was officially verified and to celebrate, the model offered to give away a liposuction to her followers.

However, the gift had slight changes and far from helping someone obtain an aesthetic figure, it ended up giving a young man fighting cancer a chance at life.

Karely uploaded a video to TikTok explaining to her followers that she was celebrating because she reached three million views. followers and his account had been officially verified. To celebrate in a big way, she offered to give away a liposuction so that her followers could obtain an impact silhouette, worthy of a sea mermaid.

To get this gift, her followers had to comment on the video and let her know that they wanted liposuction. However, one of her followers, identified as @Gaviotagaviota on TikTok, took advantage of her moment to ask her for a very different gift: chemotherapy for her son suffering from cancer.

Karely took almost a day to respond to the comments, but as soon as she saw Gaviota’s request, she didn’t hesitate for a second to give that boy chemotherapy.

According to Gaviota, mother of the minor identified as Sebastián, her son has fought cancer for two years. In addition, she clarified that Sebastián only needs four chemotherapies to complete his treatment. However, each of these has a cost of 90 thousand pesos, money that she cannot afford on her own.

Luckily for Gaviota and her son, the model kept her promise and sent them the money. In fact, later the tiktoker He shared a video in which Sebastián thanked him for his help. But this is not all, because Karely also responded to the request of other people and even gave an orthopedic wheelchair to a minor with health problems.

The acts of the OnlyFans model proved that her beauty goes beyond her physique and that her heart is full of kindness, something that her followers and Internet users from different parts of the planet have applauded in a big way.