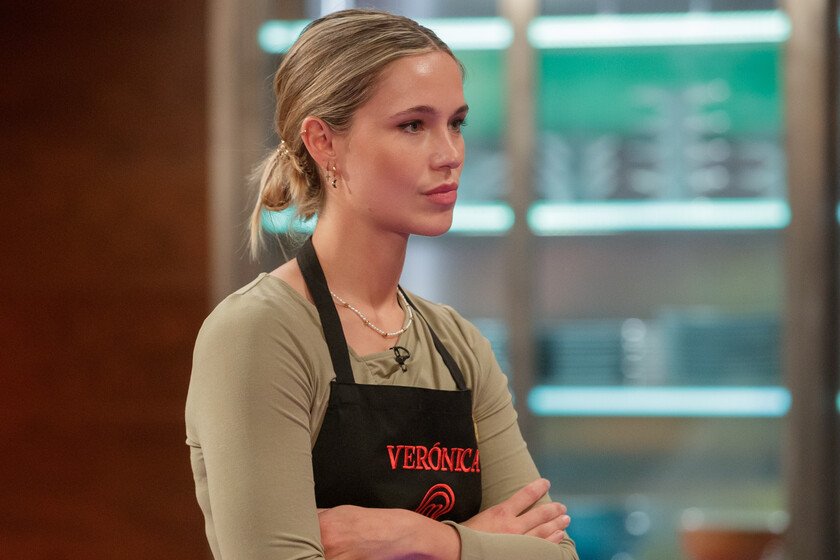 Although last week there was no ‘Masterchef’, this returns everything to normal. The contest, chaired by Pepe Rodríguez, Samantha Vallejo-Nágera and Jordi Cruz, faced its contestants with challenges such as making a wedding cake or a menu with organic products, and there was also accusations of favoritism by one of the contestants.

The first test featured visits from two former contestants: Amelicius (season 9) and Ana Iglesias (season 8). The applicants had to make a wedding cake for couples, with quite disastrous results. Jordi Cruz complained that the test shouldn’t have been complicated for them, as they had the advantage of working two by two and counting the recipe: “What you have done has no name”. In the end, the winning couple was Jokin and Luismi.

For the outdoor test, the two teams had to make their own menus with organic products. There is even more: both groups would be led by two members of the jury, Jordi and Pepe, who would give them instructions blindly, without seeing what their team was doing.

Chaos reigned again during the challenge, highlighting Veronica, who turned off the oven ahead of time and, when asked about it, replied: “Jordi has put a lot of cane into me and on top of that he is enjoying it”. In the assessment, the judge was disappointed with his words: “The dessert required delicacy, precision and sensitivity” he pointed out. “For me it has been a personal commitment to trust and for you it has been a they go for me“.

The winner of the test was Jokin while the black aprons were awarded to Claudia, María Lo, Verónica and Yannick. In elimination, they had to replicate the poulet of Bresse in vessie by chef Paul Bocuse. The dish was a high difficulty even for Jordi, who decided to also get into the kitchens to prepare the dish. She had a setback and had to redo it from scratch: “What are you doing, getting desperate? No, keep cooking!”

Veronicatrusting in their possibilities, decided not to hand over the immunity pin, despite the difficulties. “Don’t go crazy,” warned Florentino Fernández, guest of season 5 of ‘Celebrity’. In the end, Veronica was narrowly saved, since the jury did not praise her dish and was about to expel her from it.

The applicant who does not continue in the kitchens of #MasterChef10 It’s Yannick.

The eliminated contestant was Yannickwho said goodbye to the contest with some optimistic words: “I prefer to stay with the positive than focus on what could not be (…). As a person, you never stop learning. The kitchen is very beautiful and I would like to dedicate myself to it sometime”.

Say goodbye to gray hair with natural dyes from Lush

4 Hair styles that are in trend and you should try

much more than a “behind the scenes”