Official! Legion of Superheroes will have an animated series by Brian Michael Bendis 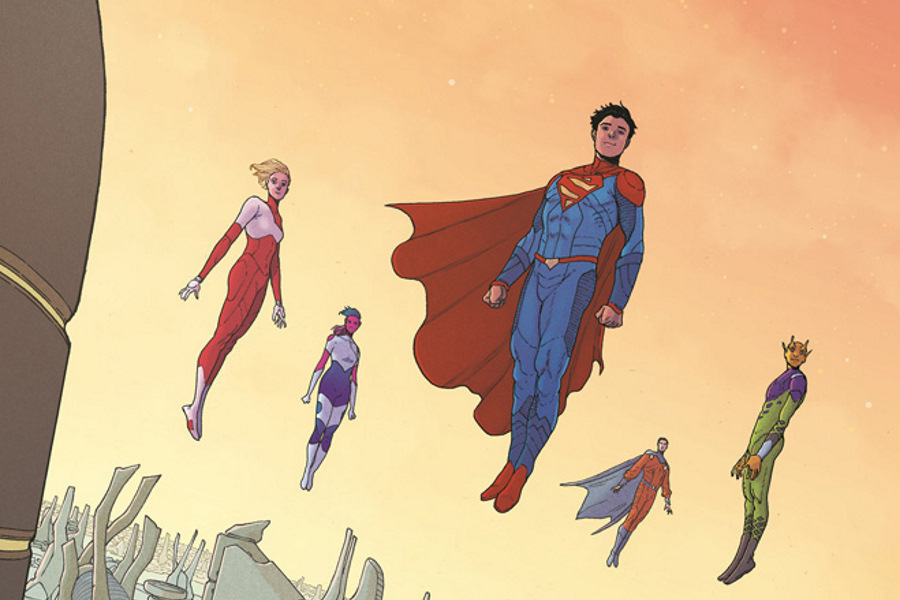 Brian Michael Bendis shared on networks the script for the pilot chapter of Legion of Superheroes, an animated series aimed at adults that will reach digital platforms

The DC Comics agenda on digital platforms continues, and the arrival in an animated version of one of the most important teams in the DC Universe, Legion of Superheroes, whose animated series will be in charge of Brian Michael Bendis, has finally been confirmed.

Do not miss: Jon Kent, the son of Superman, could have his television series

Through his Instagram account, the writer Brian Michael Bendis released the cover of the script for the first episode of Legion of Superheroes, an animated series that will reach a digital platform.

This animated series will be aimed at an adult audience, and will be inspired by the most recent publications of Legion of Superheroes, by Bendis himself, in which Jon Kent, the son of Superman, will be one of the protagonists.

The author announced last December through his blog that Warner Bros. Animation and DC Comics added him to the head of the team of writers.

“I can tell you that it will be an adaptation of the Legion of Super Heroes that Ryan Sook and I have been working on for the last few years.”.

Learn more about the Legion of Superheroes

In the comics, the Legion of Super-Heroes first appeared in the pages of Adventure Comics #247 (April 1958), created by Otto Binder and artist Al Plastino.

The heroes of the 30th Century, Lightning Boy, Saturn Girl and Cosmic Boy, travel to the 20th Century to meet Superboy, their ultimate idol, and whom they recruit as a member of the team.

Over time other heroes joined, such as Supergirl, Mon-El, Brainiac 5, Saturn Girl, Sun Boy, Dream Girl, among others, including Jon Kent, the son of Clark Kent.

The premiere of the animated series Legion of Superheroes, through the digital platform HBO Max does not yet have a release date.

It may interest you: Jon Kent, the son of Superman, could have his television series

Superman’s debut in a collector’s volume

Action Comics #1 brought Superman into the world, sparking the idea of ​​the superhero in many ways, and creating the comic book industry as we know it.

Join us in celebrating the incredible 80-year history of Action Comics. Featuring the first appearances of Superman, Supergirl, Brainiac, Humantarget, Zatara, The Fortress of Solitude and more.

It will take three centuries for women to achieve equality