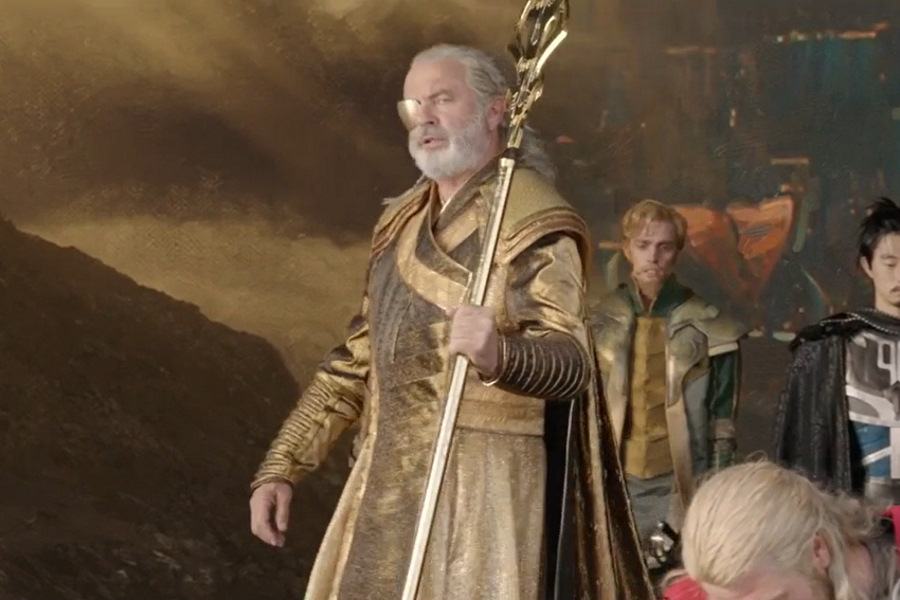 Sam Neill shared a curious behind-the-scenes photo of Thor: Love and Thunder, alongside Melissa McCarthy, in her roles as Odin and Hela

Thor: Love and Thunder has become a global phenomenon in movie theaters, and beyond the action, laughter and drama of the story that Taika Waititi’s film presents on screen, which features the return of a Odin particular, Sam Neilhe.

Do not miss: Discover the easter eggs and references inside Thor: Love and Thunder!

This version of the Allfather does not return alone, since in addition to his children Loki (Matt Damon) and Thor (Luke Hemsworth), Odin also arrives with his firstborn Hela (Melissa McCarthy).

Through his twitter account, San Neill shared a photograph at the locations of Thor: Love and Thunder, where he poses as Odin and Melissa McCarthy as Hela.

no wonder@melissamccarthyand I get mistaken for #CateBlanchett and@AnthonyHopkinsall the time. dead ringer . Only this morning someone yelled ‘Oy Hannibal! Why’d you eat the fava beans?’@thorofficial⁩ ⁦@TaikaWaititi pic.twitter.com/g8muLFphEA

“No wonder Melissa McCarthy and I get confused with Cate Blanchett and Anthony Hopkins all the time.”. Neill joked on his twitter account.

In the film, the Asgardian theater company recreates the scene from Thor Ragnarok where Odin dies and Hela is released from her captivity.

Thor: Love and Thunder is already in the theaters of the Mexican Republic.

It may interest you: Thor: Love and Thunder agrees with Christopher Nolan’s Interstellar

Chiquis Rivera shows off her rear guard when posing from behind, wearing a white lace jumpsuit

Why do you have to read Neil Gaiman’s The Sandman before watching the series?

Star Wars confirms there will be Obi-Wan Kenobi season 2