‘Obi-Wan Kenobi’ 1×04 (2022), review: after the storm comes calm in an episode that returns to the galactic cat and mouse scheme 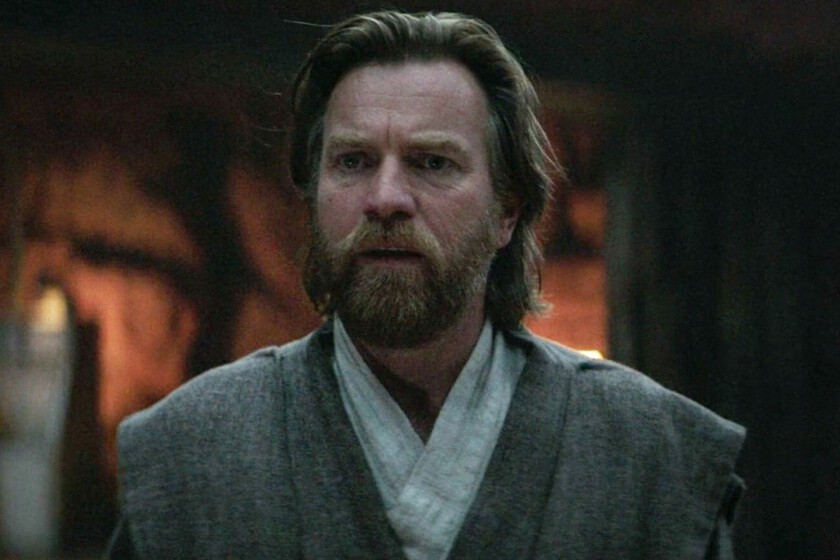 And the donkey back to wheat. If episode 3 seemed like it was going to take the series in another direction with the rematch between Darth Vader and Obi-Wan, this week’s episode has shown that It was nothing more than a mirage in a somewhat desolate wasteland: the series is a continuous tug-of-war, a game of cops and crooks, an eternal and elongated cat-and-mouse chase that leads nowhere. And although it is fun -and even spectacular- at times, the thing is already beginning to smell. We’ll see what has episode four given of itself of this miniseries bar walk through the desert. Warning: with spoilers from here, of course.

After the western of the second episode and the cyberpunk tone of the third, it seems that they did not want to give more thought to the one that touches us today: if it can be developed in a ship, then takes place on a ship and there is nothing more to say here. Yes, the scenarios are unimaginative, but it doesn’t help that the situations they propose to us have entered a block and repeat themselves. If this is all that ‘Obi-Wan Kenobi’ had to offer, it is frankly disappointing.

There are scenes for which the series is still worth watching, both visually (that rescue in red and blue tones, an iconic image that almost gives the impression of not belonging to these episodes) as emotional, even if it only works because of the image of the legacy that we have of the characters, and not as this iteration of them. If instead of Obi-Wan Kenobi and Leia Organa they were Francisco Martínez and Verónica Cisneros, the scene would have screeched us because the evolution of the characters is shoehorned: It happens because it has to happen, but nobody seems to have to earn it.

‘Obi-Wan Kenobi’ stake it all on the legacy, to the memberberry, to the cameo and the iconic image that works when it confronts student and teacher but not so much when it shows a beloved character from ‘The Clone Wars’ dead in passing. Hey, do you remember Tera Sinube? Well, she has passed on to a better life. To something else. It tastes like little, she gives the feeling of not being worked on and is frankly sour: with all the expanded universe that ‘Star Wars’ has, and since you are willing to make a series based on fanservice, is this all you have to offer?

The good (have it, have it)

I hope you can forgive me for criticizing this series and I hope I don’t have the comments section full of very angry people, but let’s be honest: we have passed the halfway point and doesn’t finish climbing In any way. There are breaths and bright moments within the episode, of course: the direct confrontation between Reva and Lord Vaderalthough somewhat predictable, is exciting and has a twist that the series misses, revealing as a cliffhanger something that the viewer has already intuited for himself.

In addition, although it is not entirely well played, Tala is a character who has a lot to tell: their false alliance with the Empire (which could have ended in a double espionage that they only allow themselves to caress) can still give much more than becoming a new token of the galactic tag team game which Reva and Obi-Wan are playing.

Of course, everything that was iconic originally still is: the lightsabers, the ships shooting at troche and moche, the trademark suits of the house, Vader’s voice… It is true that it works only as a means of simple nostalgia and never try to go beyondbut sometimes we all need some nostalgic mental comfort.

There are two episodes left we do not know the fate of Reva and Talabut we do know where the main characters are going to end up, turning this series into a circle that, as such, seems almost unwillingly raised: if we already know the final destination to which everything is heading and, therefore, surprises will be limitedWhy should we still be interested in ‘Obi-Wan Kenobi’? No, “because of how hot Ewan McGregor is” is not an option: it’s a truth like a temple.

That was the question that the series should have answered at this point, but we are at the gates of the third act and it is still difficult to know what they wanted to tell us: Is it a cameo festival? Was it worth knowing the story behind that “Help me, Obi-Wan Kenobi, you are my last hope”? For this they’ve brought back Hayden Christensen with bass drums, cymbals and the entire orchestra?

I wish I had to eat my words and episode 5 becomes a series of unapologetic adventures instead of being, like now, one that seems to constantly need to justify its own existence. Help us, episode 5 of ‘Obi-Wan Kenobi’You are our last hope.