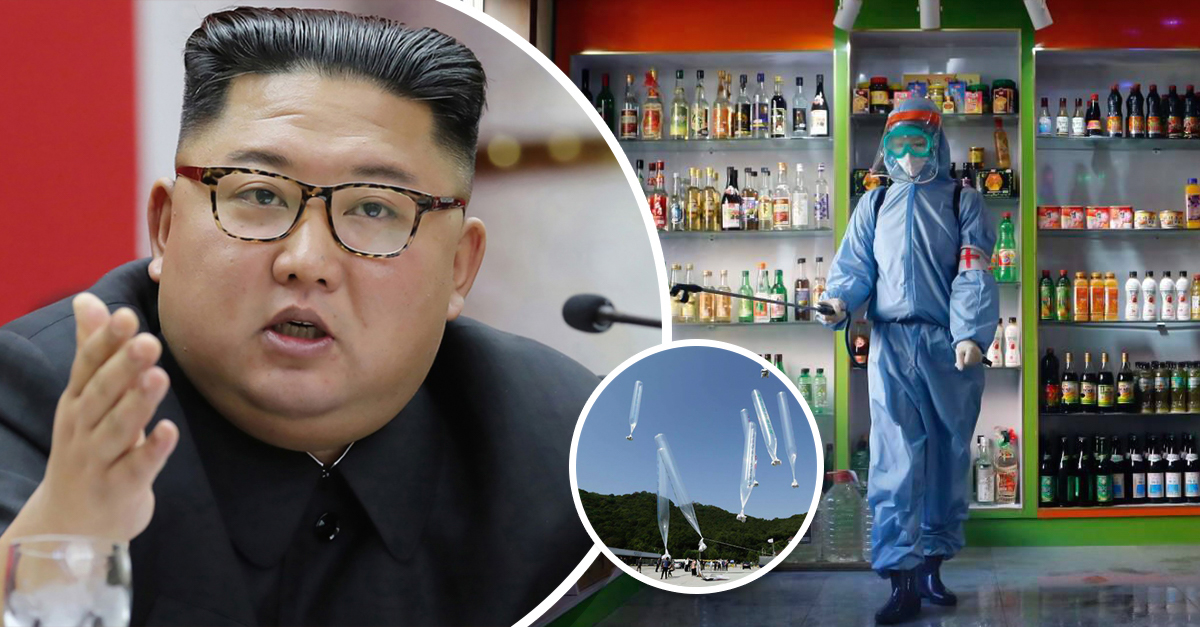 On July 1, North Korean authorities attributed the origin of its current outbreak of covid-19, the first to hit the country, to balloons containing the virus flown from South Korea.

After admitting the presence of Sars-Cov-2, the North Korean government declared that the virus spread due to external factors or, rather, “extraterrestrial objects”, such as the balloons with which North Korean human rights activists and defectors who fled to South Korea they send propaganda messages against North Korean leader Kim Jong-un, a questionable claim that appears to be an attempt to hold his rival accountable amid rising tensions over his nuclear program.

South Korea’s Unification Ministry responded to the accusations, saying it sees no chance of the virus entering North Korea, emphasizing two factors. The first is that the launch of balloons by activist groups, containing humanitarian aid and messages against the regime, occurred at the end of May, several weeks after the first cases of contagion were found in the country.

The second, scientifically fundamental factor is that the chance of contracting the virus by touching an infected surface is extremely unlikely, especially if the “source” is a balloon.

The South Korean Center for Disease Control and the World Health Organization (WHO) agree that it is impossible to become infected with covid-19 through the virus that remains on the surface of an object, not to mention that it is not there are no officially confirmed cases of virus infection through the mail or other delivery.

According to BBCNewsNorth Korea’s latest announcement contradicts outside opinion that the virus spread after the country briefly reopened its northern border with China to freight traffic in January and increased further in April due to a military parade and other large-scale events in Pyongyang, the world’s most populous city, to increase public loyalty to Kim Jong-un’s regime amid economic difficulties.

After upholding a widely disputed claim to be coronavirus-free for more than two years, North Korea finally admitted the Covid-19 outbreak on May 12, saying an “unspecified” number of people in Pyongyang were diagnosed with the omicron variant.

Since then, the North Korean government has confirmed 4.7 million cases of fever among its 26 million people. However, it only identified a fraction of them as covid-19.

In addition, he assures that since the outbreak began, only 73 people have died, an extremely low mortality rate, so it is believed that the real figures are manipulated to keep the people alert against the virus and avoid any political damage to the authoritarian regime. of Kim Jong Un.

The North Face jackets on Amazon from 70 euros

Android TV, Dolby Vision, and a great saving of more than 200 euros

One of the harshest portraits of the war is found in this German Netflix film that has become one of the unexpected sensations of the year.