Nodal told ‘Rolling Stone’ magazine that he attempted against his life 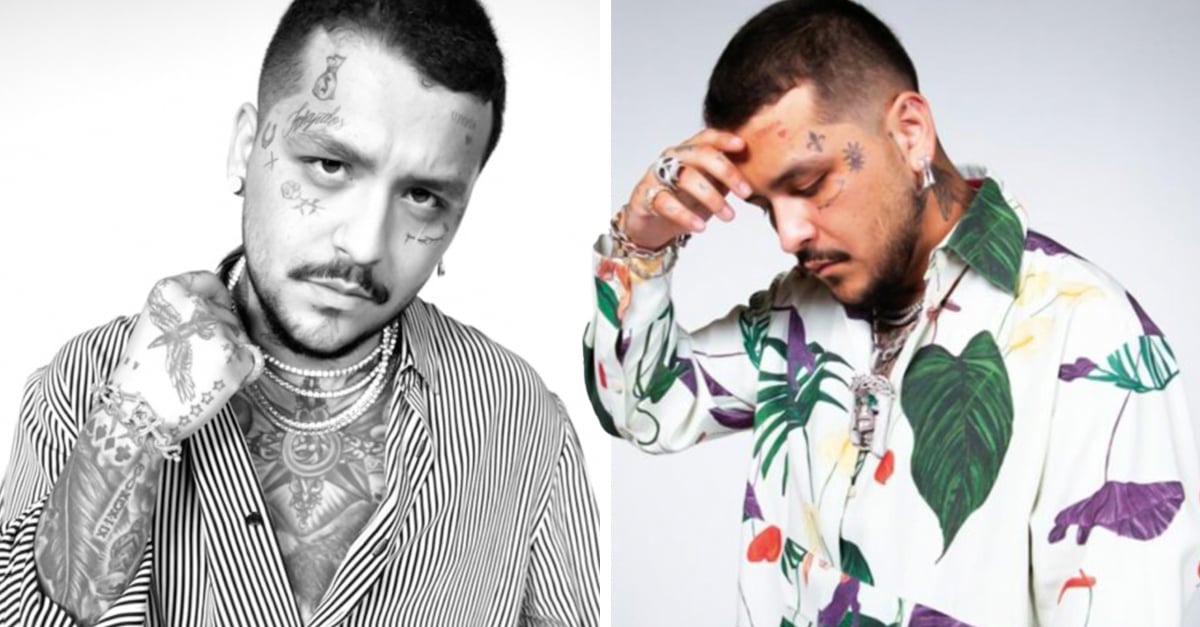 After his breakup with Belinda, it seems that Christian Nodal liked posing for important magazines, since almost a month after appearing in the May issue of the magazine Playboy from New Zealand, is now on the cover of the magazine Rolling Stone in Spanishwhere he confessed strong details of his personal life that he had never talked about before.

In the article entitled “Love, tattoos and two broken hearts”, the 23-year-old singer-songwriter was honest and told all the secrets behind his fame, as well as the difficulties he faced as a child and the time he tried to take his own life .

The interpreter of We are no longer nor will we be He is considered one of the singers with the most intimate and personal secrets, which is why he has recently surprised and caused some controversy for revealing and talking more about his private life.

In the magazine for which he posed on June 26, it was no exception, since Nodal decided to tell his family story, in which he explained that because his mother and father worked to support him and his brothers, they were raised by his grandmother. In addition, between the passages of his childhood, he remembered how difficult it was to have to witness the constant seizures that his mother had due to the epilepsy that she suffered from.

It was very hard to get home from school and hope my mom wasn’t having a seizure.

But, without a doubt, the most delicate and strong statement during the interview was when he confessed the time in his adolescence that he tried to make an attempt on his life. The singer recalled the time he wanted to throw himself from a second floor, but his beloved grandmother “Chayo” arrived in time to prevent it.

There was no dad, there was no mom. My parents were my grandparents. Once I wanted to jump from a second floor, thinking it would hurt me, but my grandmother saved me.

One of the topics that could not be missed during his interview was about his love life. However, the Sonoran singer-songwriter assured that he does not need a girlfriend to write songs, since love is found in his family and in himself.

With striking clothing, earrings, chains and diamond inlays very much in the style that has characterized him, Nodal posed for the cover, in which he also spoke about his next musical projects, in which he plans to explore new musical genres such as bachata, cumbia , salsa and even lying corridos.

Success is very relative. The important thing for me is to give a message with the song. Connect. Heal.

In addition, he confessed that among his musical inspirations is Ariel Camacho, who was his first musical reference, to later identify himself with artists of the stature of Juan Gabriel, Vicente Fernández, José Alfredo Jiménez, Jorge Negrete and Pedro Infante.

I believe that the legacy of Mexican music for the world will be that way of expressing itself so frankly, so poetically, so pure, so romantic and so true. That is what I think it will contribute to the world forever and ever, because the lyrics are beautiful, the melodies are beautiful.

15 individuals who care about nothing but enjoying life

Riverdale actor who killed his mom fears for his life in jail; “maybe they abuse him”

What nationality is each member of the group?

This breed of dogs are super cheerful, playful and happy, perfect to have at home